Paving a new road for rap

Hip-hop is the soundtrack of the city. Now, fresh talent is grabbing the mic and giving voice to Toronto’s stories

PHOTOGRAPHY AND WRITING BY MICHELLE SIU

When Nicki Minaj tweeted about the double-standard that applies to women in the hip-hop industry, she was echoing what many female MCs have known for years – that it is hard to get your dues as a woman in the music world. Eve, the Grammy-award winning rapper, called hip-hop “a male-dominated business.” Speaking to women, she added, “we need to keep putting our voice out there.”

But now, as Toronto’s long-flourishing scene becomes mainstream, we are finally hearing these voices: Female, queer and trans talents are in ascendance. In 2017, the fiery Tasha the Amazon was the first female DJ to win best hip-hop video at the Much Music Video Awards. DJ Lissa Monet played for VIPs on some dates of Beyonce’s Formation album world tour. Rapper DijahSB continues to bring a unique swagger to the stage while delivering lines about queer love and mental health. Powerhouse rap group the Sorority exude a playful brand of feminism, with lines such as “Please don’t be that guy, assuming that we’re all the same/I cannot be controlled and no, I don’t need to be tamed.”

And Kiana (Rookz) Eastmond, the 30-year-old founder and director of Sandbox Studios in Toronto’s east end, is among the artists trying to stop the usual brain drain of homegrown talent heading south. With credibility earned from working alongside New York superstar Cardi B, and emerging artists such as R&B singer Faiza, she’s encouraging Toronto’s urban-music landscape to be more inclusive and helping musicians build each other up.

The up-and-comers profiled here are standouts not simply because they defy the stereotype of a hip-hop artist. Their work speaks for itself: They are homegrown talent, plain and simple. 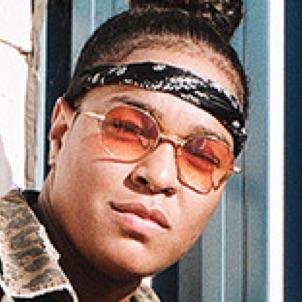 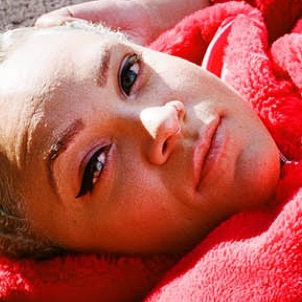 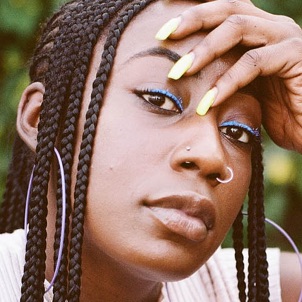 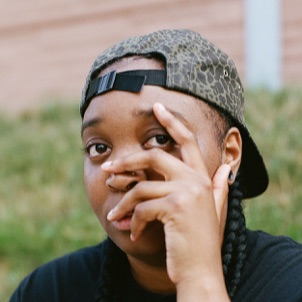 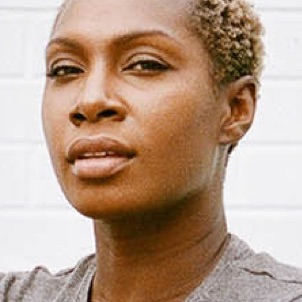 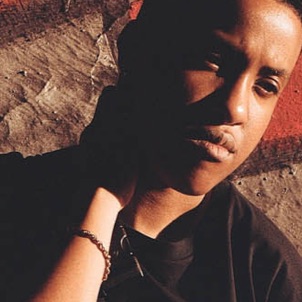 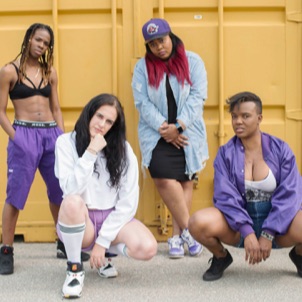 Rookz was once a queer 14-year-old struggling to get by on her own, a life she has never forgotten. But her lifelong tenacity has allowed her to parlay her early experiences into a career that not only helps individual artists but strengthens community as well. After early years doing a series of odd jobs, she forged a path into artist management and went on to close her first major music business deal in 2012, between Drake and Roc Nation, Jay-Z’s entertainment label. This past year, 2018, was one of her proudest yet. No longer in artist management, she is celebrating six years as founder and director of Sandbox Studios, where she has worked with names such as Jadakiss and Tory Lanez. The studio allows her to promote inclusivity: She hires people whose background and upbringing have thrown up challenges similar to the ones she faced. She is also open to creating affordable packages for people in need. “I just want to get back to creating a place that feels like being in a sandbox…" she says, "like we are building something together, and even if it is destroyed, we can build it together again.”

“I listen to a lot of like Gospel Music. It keeps me inspired, there's this one song “Won't He Do It” that I've been listening to on repeat reminding me that I'm part of something bigger.”

“Making six-digit figures while also supporting other people and being a good person. I used to disassociate happiness with money, but the more money you have, the more impact you can have.”

Born to German and Jamaican immigrant parents and raised in Kitchener-Waterloo, Ont., Tasha the Amazon refuses to be pigeonholed. The self-taught, multitalented musician, rapper and producer is also a classically trained pianist. Whether rapping to 10,000 screaming fans in the South of France on her first world tour this year, or playing in punk bands while writing rap lyrics, she is a versatile and dynamic presence. Tasha’s moody beats and bold lyrics garnered a nomination for a Juno Award for Rap Recording of the Year for her album Die Every Day and she made Canadian history as the first female artist to win best Hip-Hop Video at the MMVAs. She has no problem holding her own and pushing forward as a female in a male-dominated industry. “I find it really energizing. … I like it when I’m the only chick in the room and everyone is doing what I say,” she said with a laugh.

“Outkast, the Fugees to Smashing Pumpkins and Rage Against the Machine.”

Why Toronto is unique:

“Unlike other music cities, the boundaries aren’t as set. I know rappers who play drums in a punk band. You feel you’re setting your own boundaries and you can experiment.”

On being a female rapper:

“I really hate being referred to as a female rapper because it unnecessarily puts you in a box. The art should speak for itself.”

Rapper and mother Sydanie hails from north of the city at Jane Street and Finch, which is at the heart of her latest project, 999. The album “is about my emotional relationship to my neighborhood, which includes my trauma, my fears and bad habits,” she says. Even though the 25-year-old’s life carries the weight of many wounds, there is a lightness to Sydanie. Her staccato rhymes and atmospheric beats breathe life into tracks such as 89 Degrees, and 200k wills you to dance. As she says, there is a “heaviness of the whole project but it has energy and optimism.” Sydanie has a tender relationship with her five-year-old daughter and that has made way for a sense of peace within all her complex identities – as an artist as well as a queer, black, single mother.

“Lupe Fiasco and his 2007 album The Cool. This may sound corny but there's a song called Hip-hop Saved My Life.”

“This year I did a show in Halifax at the OBEY Convention and opened for an industrial noise band called ONO fronted by an older black queer man. I also performed with American rapper BbyMutha at Pride.”

Toronto rapper DijahSB is driven to connect with audiences on a deeper level. The 25-year-old queer emcee first found her voice through writing about her own depression on an EP called Blue. Dijah’s lyrics hint at musical mentors such as Kid Cudi and Lupe Fiasco, who blew open doors for emotionally honest storytelling, while her live performances are full of personality and swagger that’s light and fun. She has taken part in BET’s new rendition of Freestyle Friday and has shared a stage with rap superstar Jay Electronica. She takes the mic at intimate venues around the city and is hungry for larger platforms and ways to reach audiences. “We don’t have a lot of record labels, major studios or spaces where we can create freely, especially if you’re doing urban music,” Dijah says.

Favourite places to perform in Toronto:

“The Rivoli or Revival, because they have the best sound.”

“Kid Cudi because he saved everyone’s life and is one of the greatest artists of our generation. I already shared a stage with Jay Electronica but to get him on a track would be crazy.”

“I always told myself if I could make minimum wage rapping I would do it. Being able to provide for myself with rap. I don’t want to have no side job, I don’t wanna have no side hustle.”

Lissa Monet has been a professional DJ since 2005, a job she took a few years after college. Now, 14 years on, the veteran’s career highlights are shining bright: in Toronto and Detroit she DJ’d the VIP lounge for Beyoncé’s world tour, and has claimed multiple awards including Toronto DJ of the Year. A few years ago, the 36-year-old decided to address gender imbalances in her profession by founding an all-female DJ agency called Luxelife Sound. What, looking back over her career, is different two decades on? “Now, the Toronto music scene is being taken just a little more seriously,” she says. “International music festivals now host exclusive showcases which only feature artists from Toronto. We still have a long way to go, but the progression has been amazing to witness.”

“I DJ’d a club opening in Uganda. I’ll never forget travelling halfway across the world to do something I love.”

“DJing the VIP lounge for the Beyoncé Formation World Tour. To be chosen and be a part of such a major production for an artist I respect and admire was a moment in my career that I will never forget.”

“I always wanted to be a hairdresser. I still am obsessed with anything hair.”

Soft-spoken producer TRuss, 24, is a self-taught musician, singer, songwriter and jazz pianist. These days, he is finding his voice producing for local artists such as the Sorority and DijahSB. As a junior sound engineer at 876 Studios, he says, “I am able to crack out a beat and arrange a song in under two hours and helping artists develop harmonies comes very natural to me.” TRuss identifies as trans and openly shares his story because “Toronto doesn’t know what a trans creative looks like because of stigma, but we need trans artists to make work to provide representation,” he says. When it comes to the city’s urban music scene, TRuss knows the drawbacks but maintains “it’s great to see familiar faces blowing up and getting the shine they deserve. It brings hope to us creatives down here that it won’t be long.”

Music that inspires him:

A lyric he’s written that has a lot of meaning to him:

“Chasing approval from who is just the same as you- you gotta see, all that you need is inside of you" from the album Inside Voice.

Where he loves to produce:

“My small home – even though it is not extravagant or acoustically treated, it is where I make my beats and where I bring artists.”

After banding together just two years ago, rap group the Sorority is taking Toronto by storm. From opening for Snoop Dogg to garnering a name-check from singer-songwriter Kelly Rowland, the sisterhood has been collectively marching forward. They took home the 2018 Stingray Rising Stars Award, celebrating emerging Canadian talent. The group’s energetic feminist hearts fuel their nineties-flavoured beats in songs such as SRTY and Wildin. They’ve opened for Majid Jordan, the Internet and Dvsn, yet their successes come with mixed feelings. “The music scene in Toronto is evolving at a fast pace. It’s becoming inclusive, but a lot of work needs to be done. It took the four of us to form a group to get recognition, but separately we all were still spitting fire,” member Keysha Freshh says.

What is loveable about Toronto:

“It’s not always promoted but I love how diverse the Toronto sound is, there are so many different sounds here.” – Lex Leosis

“Prince’s personality and willingness to be nothing less than himself, and to dance across gender confines, is truly inspirational. He was defined by nothing and no one, yet loved by many. ” – pHoenix Pagliacci

One take-away from their music:

“Everyone has a story. It’s important to tell yours and not anyone else’s.” – Lex Leosis