Editor’s note: The unveiling of the new season at the National Arts Centre has been postponed due to the COVID-19 pandemic. A new season announcement date will follow.

National Arts Centre English Theatre artistic director Jillian Keiley views her 2020-21 season as a showcase. “I’m really trying to make it so if someone visiting the government walks into the theatre, they will see the very best of Canadian theatre,” she says.

Ontario theatres will be heavily featured in Keiley’s programming next year. The Stratford Festival and the Shaw Festival, the provinces’ two big repertory theatre companies, will both send shows to the country’s capital.

Stratford artistic director Antoni Cimolino’s production of Wajdi Mouawad’s multilingual epic Birds of a Kind will play at the NAC in February, 2021, while Chris Abraham’s production of Cyrano de Bergerac will visit from Niagara-on-the-Lake the following month.

From Toronto, Keiley is bringing in Soulpepper artistic director Weyni Mengesha’s well-reviewed production of Tennessee Williams’ A Streetcar Named Desire in November – and, from the Theatre Centre, Sea Sick, Alanna Mitchell’s acclaimed solo show about the oceans and climate change. (The latter will first play at the United Kingdom’s National Theatre in April of this year.)

Dennis Garnhum, artistic director of The Grand Theatre in London, Ont., will add his immersive production of the Kander and Ebb musical Cabaret to the NAC bill as well, part of a cross-Canada tour. And Keiley has also programmed shows that originate in Halifax (the 2b theatre company’s production of Shauntay Grant’s The Bridge) and Winnipeg (Royal Manitoba Theatre Centre’s production of Audrey Dwyer’s Calpurnia).

The English Theatre plans to use more of the NAC building next season, too: Bruce Horak’s Assassinating Thomson – about the artist Tom Thomson – will play in a 100-seat cabaret space, while Daniele Bartolini’s Spectators’ Odyssey, a commissioned work, will lead viewers through “the back halls and broom closets of the NAC.”

The season will begin with Nagamoona: Songs in the Key of Cree, in which internationally renown playwright Tomson Highway – joined by vocalist Patricia Cano and saxophonist Marcus Ali – will present a cabaret of songs from five of his plays, sung in Cree, French and English.

Dance works from Red Sky Performance (Trace) and Kaha:wi Dance Theatre (The Mush Hole) follow, as well as a return engagement of Kiviuq Returns: An Inuit Epic from Nunavut’s Qaggiavuut.

Two new (or nearly new) comedic plays are also in the Indigenous Theatre’s season. Loring will direct Kenneth T Williams’ The Herd, which imagines the media circus that follows after “two white Bison calves are birthed from a genetically manipulated herd owned by a Saskatchewan First Nation.” This show is being birthed at Persephone Theatre in Saskatoon, then tours to Tarragon Theatre in Toronto before arriving in Ottawa.

Frances Koncan’s satirical history play, Women of the Fur Trade, which recently played to sell-out audiences at the Royal Manitoba Theatre Centre, will also get a second production from the Indigenous Theatre, in co-production with Great Canadian Theatre Company and Native Earth Performing Arts.

“We have to remember that we are really funny people,” Loring says. “I think having opportunities to laugh is really healing and really wonderful.”

Despite having no hit single to his name at the time, Bruce Cockburn filled halls across Canada on his first national tour in 1972. Before his show at the National Arts Centre’s Southam Hall, the serious young singer-guitarist asked for a stool of a specific height. An NAC production team member obliged by cutting down the legs of a chair. A few years later, Cockburn was presented with the shortened stool by the venue’s crew as a keepsake. “They loved Bruce,” recalls Bernie Finkelstein, Cockburn’s longtime manager. “They went out of their way to make him comfortable.”

Cockburn, an Ottawa native, will return to Southam Hall on Oct. 17. The concert is part of a 50th anniversary tour that will see him perform songs from each decade in which he has released albums, from 1970’s self-titled debut to last year’s Crowing Ignites.

The homecoming is one of a slew of shows announced under the NAC’s newly named Popular Music and Variety department. Formerly the national performing arts centre offered pop concerts as NAC Presents, which specifically promoted emerging Canadian singer-songwriters. The name change represents a programming stream broadened to include international musicians and established domestic artists, as well as onstage talks and performances in comedy and spoken word.

Performers coming to the NAC in 2020 and 2021 include Venezuelan Grammy-winning singer Nella, the Afro-Cuban All Stars, Welsh harpist Catrin Finch, Senegalese kora player Seckou Keita and B.C. pop singer Carly Rae Jepsen, who will perform with the NAC Orchestra on Dec. 18 and 19.

The change in programming was already reflected in the 2019-20 season, when the NAC tripled the number of international artists performing, bringing in acts such as Blind Boys of Alabama, The Chieftains, Chris Botti and Dervish.

According to the Popular Music and Variety department’s executive producer, the influx of international artists is not an audience grab and will not come at the expense of Canadian talent. “The National Arts Centre is never going to become a roadhouse,” Heather Gibson told The Globe and Mail. “There are distinct reasons we’re bringing in artists from Venezuela or Estonia, and those reasons have to do with the connections we’re making in those countries.”

In other words, reciprocity. Bringing in an artist from another country can help forge relationships that will benefit Canadian musicians in foreign markets.

“If we want to build and be a part of an artist’s career, it can’t just be as a presentation venue,” says Gibson, who has been with the NAC since 2016. “It’s not enough to have a Canadian artist come here once every 18 months when they have a CD release. That’s not our place. We have a more valuable role and a more specific role in delivering Canadian artists around the world.”

The well-established NAC Presents program will not be scrapped, but will continue as a separate series focused solely on giving emerging and developing Canadian musicians, bands and singer-songwriters a leg-up in the industry.

Told the story about Cockburn’s NAC stool, Gibson is not surprised. “That sounds like something that would go on here. I’ve been here just over three years now, and I think that’s something we would still do for an artist today.”

The National Arts Centre Orchestra has revealed its season lineup for 2020-21, striking the customary balance of traditional classical works with gutsy contemporary pieces. Beethoven and Mahler mingle nicely with Lizée and Glass, but most impressive are the picks that underscore NACO’s theme for its 51st season: conversation pieces.

The clearest of these arrives in the fall, in the form of Songs for Murdered Sisters (Sept. 16-17, 2020), by Jake Heggie and Margaret Atwood. The new song cycle tells the stories of three women who lost their lives during a 2015 killing rampage in Eastern Ontario. Canadian baritone Joshua Hopkins performing the cycle drives home the point: His sister was one of the victims.

On a less serious note, having Yannick Nézet-Séguin, music director of the Metropolitan Opera, conduct Johannes Brahms also provides conversation fodder. Brahms, a staunch traditionalist, never did seem interested in writing opera, but subtle drama can be found in his great works, such as the Violin Concerto and the Third Symphony on this program (Mar. 9, 2021). Frankly, if anyone is going to make subtle drama pop, it is Yannick.

The latest from Philip Glass is always chatter-worthy. His new NACO commission will be in memory of late Canadian journalist and news anchor Peter Jennings – and, in a larger context, a nod to freedom of the press. Glass’s piece (still untitled) will be performed twice in the season, first in Philip Glass’s Playlist (Apr. 1, 2021), and again for NACO Plays New York (Apr. 21-22, 2021), before the orchestra takes it to Carnegie Hall.

And finally, the oldest of water-cooler conversations: the human experience. NACO, along with mezzo-soprano Rihab Chaieb and soprano Felicia Moore, perform Gustav Mahler’s Symphony No. 2, “Resurrection” (Jun. 16-17, 2021). Music director Alexander Shelley rightly describes the piece as “one of the great creations of humankind,” and it is no hyperbole to say you are guaranteed a cathartic experience.

– Jenna Simeonov, Special to The Globe and Mail

The dance offerings at the National Arts Centre in Ottawa in 20/21 are particularly rich, featuring a host of premieres by celebrated international artists and bold new work by Canadian choreographers.

Tanztheater Wuppertal Pina Bausch returns with their iconic work Nelken on September 24. Nelken, which means “carnations,” was created five years before the fall of the Berlin Wall and is one of the most enduring works in Bausch’s canon.

On October 22, Houston Ballet presents Sir Kenneth MacMillan’s dark and intense ballet, Mayerling, based on the true story of the murder-suicide of Rudolf, Crown Prince of Austria, and his lover Baroness Mary Vetsera in 1889. This is MacMillan at his diabolical best, with the role of Rudolf one of the most challenging in the male repertoire. The National Ballet of Canada returns with Karen Kain’s new production of Swan Lake on February 4.

Expect the unexpected when Norwegian troupe winter guests present Alan Lucien Oyen’s irreverent Story, story, die on January 22, and when Greek artist Dimitris Papaioannou unveils his new work on May 6. With previous work for Tanztheater Wuppertal and the Athens Olympic Games, it will be interesting to see what direction this boundary-pushing artist chooses to take.

– Penelope Ford, Special to The Globe and Mail

The events above were still slated for their scheduled dates as of March 16. 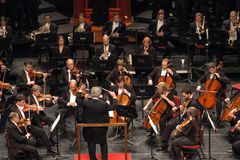 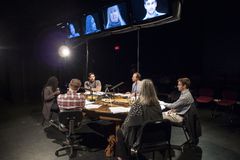 Follow Brad Wheeler and J. Kelly Nestruck,  on Twitter @BWheelerglobe @nestruck
Report an error Editorial code of conduct
Due to technical reasons, we have temporarily removed commenting from our articles. We hope to have this fixed soon. Thank you for your patience. If you are looking to give feedback on our new site, please send it along to feedback@globeandmail.com. If you want to write a letter to the editor, please forward to letters@globeandmail.com.
Comments