Gustavo Gimeno’s visits to Toronto are growing more and more frequent. The conductor has been jetting away from his current post as Music Director of the Orchestre Philharmonique du Luxembourg to guest conduct the Toronto Symphony Orchestra; his coming Roy Thomson Hall performances – three nights of concerts centred on Igor Stravinsky’s Firebird Suite (June 28-30) – will mark the latest in Gimeno’s string of sneak peeks on the podium before he officially begins his Music Directorship of the TSO in the fall of 2020.

Gimeno, born in Valencia, Spain, is young by conductor standards at 43, and his Spanish flair is tempered by his introverted air.

What do you find is unique about working with a Canadian orchestra?

Indigenous music; it’s new to me. I’ve been listening to things that I’ve never been confronted with. It’s very specific. I’m still in the process of getting to know it.

What do you enjoy about a first encounter with an orchestra?

It’s like the energy between two people. It depends on both, but you can’t think too hard about it, or you’re already influencing the atmosphere. An orchestra observes or feels something as soon as a conductor walks onto the stage of a rehearsal. Even this week, when we have our first rehearsal [for Stravinsky’s Firebird], there will be an energy. I’m aware of it, and I enjoy it because it’s something fresh, starting from nothing.

Do you have a technique to leading an orchestra in rehearsal?

I try to share the love and the passion I have for the piece we are going to rehearse. I think that’s already a lot, sharing my passion for it and hoping they will join me. It’s basically being myself, and sharing what I feel with the people in front of me. I’m convinced that that’s the only thing I can control: to be optimistic and trust it’s going fine. I can only be myself.

What is your idea of a season that complements the city of Toronto?

In Toronto, I always think of the architecture here in the city. This is a modern building next to buildings that have been built over 100 years ago, and I think of how they contrast, and how they both gain from their proximity. That’s Toronto, to me: the architecture. I think our programming should integrate that but contrast it, also.

What are the best ways of connecting the Toronto Symphony Orchestra with the city’s communities?

If one had a clear answer to that, it would be easy. As you can imagine, we work in several directions. One is the [Toronto Symphony] Youth Orchestra, and our education programs. I’m very surprised sometimes – often we adults have an idea of what kids like or don’t like. My daughter is eight years old, and she listened to me conducting Bruckner a month ago. I don’t mean we should get all the kids to listen to Bruckner. But it’s surprising how much they can take in terms of complexity.

And it’s obvious that we have to go to the people. I think there should be an ongoing, constant attempt to be in active contact, not only expecting for them to come to you. Our musicians should be visiting and interacting with kids in different parts of Toronto.

What would you like to see programmed in future TSO concerts?

I may say Mahler or Bruckner or modern music – which will be present every season – yet I wouldn’t dare say these three are key.

Sometimes, it is the case that core repertoire is being performed and new compositions are also performed, but what happens with the 20th century? [Olivier] Messiaen or [Henri] Dutilleux. I believe in those composers, and we should offer that. We are not in a small, provincial town; we are in a big, vibrant city. If we don’t play Messiaen, who is going to do it? 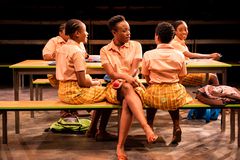 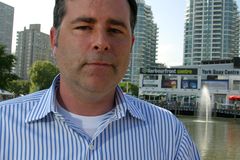 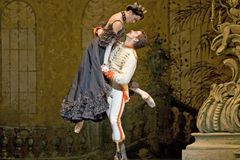