Shawn Mendes, the golden boy from Pickering, Ont., scored the most nominations for the 2019 Juno Awards, as announced at a press conference in Toronto on Tuesday morning. But that’s not the story. After the nominations for the dozens of awards were divulged, an elephant made its way into the room. Drake, one of the biggest recording artists in the world, had received exactly zero nominations. This, after obliterating streaming records and dominating Billboard charts in 2018. Allan Reid, head of the Canadian Academy of Recording Arts and Sciences (CARAS), wrapped up the proceedings with a smile and a mention of the new Juno merchandise for sale. Business as usual.

The moment, at an event attended by media and performers and streamed live online for the public, was surreal. Canada’s biggest music night would not include Canada’s biggest music star. Sarah McLachlan will be this year’s Juno host – Sarah McLachlan, in 2019? – but how and why no Drake? The question wasn’t addressed. What does that say about the elephant? And what does that say about the room?

Juno and CARAS clearly are not on good terms with Drake. The hip-hop icon hosted the 2011 awards, held in what was then known as the Air Canada Centre. Up for six awards himself and with his mother in the audience, Drake left the arena without a statuette. It was an inexplicable snubbing and the beginning of a Drake-held grudge that has now escalated. Hours after the nomination conference, CARAS revealed Drake had directed that his name not be put forward for any awards this year.

Drake has mounted this kind of protest previously. He went unnominated at the Junos a year ago, but after his record-smashing 2018, his absence this spring will be much more glaring. Upset with Grammy’s treatment of hip-hop artists, he pulled the same stunt south of the border when he sat out the 2018 Grammys by not submitting his 2017 mixtape More Life for consideration. Given that Drake is up for seven awards at this year’s Grammys (including top song and record for the single God’s Plan, and album of the year for Scorpion), it’s possible that his Juno boycott will be short-lived as well.

CARAS’s hands are somewhat tied on this matter. The body does not traditionally consider music not put forward to them. And because Drake is signed to the U.S.-based Young Money/Cash Money label, his Canadian distributor (Universal Music Canada) is in no position to override its valuable asset.

CARAS and the Junos have been down this road before. In 1978, Stompin' Tom Connors returned his Junos in protest against what he perceived to be preference given to Canadian artists who didn’t live in the country. Before he died in 2013, he made it known that he wanted no Juno celebration after his death. CARAS has honoured his wishes. To this day, the Bud the Spud balladeer is not a member of the Canadian Music Hall of Fame.

At the heart of the issue with Drake is not anyone’s green-card status, but Juno’s disregard for hip hop. The Started From the Bottom rapper has been nominated for artist of the year on five occasions, only to come away empty-handed every time. He has lost to Leonard Cohen, the Weeknd, Serena Ryder, Feist and Neil Young. Nothing against those artists, but Drake not yet winning the Junos' top prize is a head-scratcher.

In all, Drake has won only six of the 32 Junos for which he was nominated in his rather spectacular career. What does the man have to do?

Without Drake, the Junos will, of course, go ahead as planned. Expect the show to be a breakout night for boy-next-door Mendes, up for six awards that include top single (the Grammy-nominated In My Blood), best album (self-titled) and artist of the year. Also earning a seat at the ceremony, to be held March 17 in London, Ont., is enigmatic R&B soulster The Weeknd, who earned five nominations. The German-Canadian pop singer Megan Bulow and the dance-music duo Loud Luxury both scored four. Artists with three nominations include Alessia Cara, Bahamas, Hubert Lenoir, KILLY, Michael Bublé, Tory Lanez and veteran rockers Three Days Grace.

Three Days Grace, Sarah McLachlan and no Drake. What’s wrong with this picture? 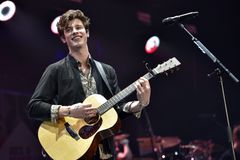 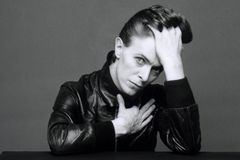 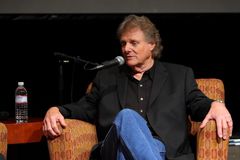