For his first song at Convocation Hall in Toronto on Saturday, the melancholy balladeer and post-punk icon Nick Cave offered God is in the House. It was a suggestion of communion, not a self-referential declaration. And although his current series of solo-piano-and-Q&A concerts is called the Conversations with Nick Cave: An Evening of Talk and Music, his appearance here was more about commiseration – a gothic rocker turned grief counsellor – than questions and answers.

Over the course of three hours, Australia’s third-best export behind koala bears and Nicole Kidman was a charming and compassionate showman, whether dealing with questions about how he celebrated Christmas or the sorrow he experienced over the death of his 15-year-old son Arthur, who fell from a cliff in England in 2015.

On a grand piano as black as his hair, the 62-year-old leader of Nick Cave and the Bad Seeds played his own material, along with covers of Leonard Cohen (Avalanche) and Jimmy Webb (Where’s the Playground Susie). Whether at the piano or not, he sympathized, comforted and advised. In the domed rotunda, fans from as far away as Ecuador, Prince Edward Island and the greater Pittsburgh area were often more interested in sharing their grief with Cave than quizzing him. Thus what for other entertainers would have been a jaunty convention of fan-boy inquiries and selfish song requests was for Cave and his followers an experiment in intimacy.

“I have intuitions about it,” Cave said, when asked about the belief in life after death. “I suspect this is a reaction of grieving people; we are grabbing at anything. It’s a matter of survival to me, as a grieving father, to somehow hold on to these ideas that there is something else going on.

“So, I find that I walk around with my son,” continued the musician, whose forthcoming album with the Bad Seeds is called Ghosteen. “I was told by everybody not to worry, he lives in your heart. This didn’t make any sense to me. It was of no comfort to me whatsoever. Until someone said to take him out of your heart and put him next to you. That made a huge amount of sense to me. So, I feel I walk around with this superpower essentially, which is the spirit of my dead child.”

The Conversations tour, which stopped at Montreal’s Saint-Jean-Baptiste Church on Friday, is an extension of Cave’s Red Hand Files website, which offers direct communication with fans, with thoughtful replies signed, “Love, Nick.”

About the tour, Cave wrote, “You can ask me anything. There will be no moderator. This will be between you and me. Let’s see what happens.”

What happened at Convocation Hall was nothing short of extraordinary. And his fans did ask him anything. Somebody wondered if Cave wanted to go with him to a Phish concert on New Year’s Eve. A singer in the audience said he had literally died the last time he had performed, necessitating an on-stage resuscitation. To help the man get over his performance fright, Cave invited him on stage.

About Michael Hutchence, the INXS singer who committed suicide, Cave said the pair didn’t bond over each other’s music, but mutual envy – “I of his enormous success; he, my credibility.”

He took compliments well: “Thank you for confirming my suspicions,” he quipped, when one fan said he looked like Elvis Presley. (Which he did not. Tie-less in a dark suit, the former heroin-and-amphetamine enthusiast was rakish, lanky and poignantly undernourished.)

Cave said he had “hundreds” of songs inspired by ex-lover P.J. Harvey, of which he played at least three. When asked which of his compositions his wife preferred, he replied, “Not the ones about P.J. Harvey.”

He described his visits to Canada as steps into “momentary sanitary,” compared to the disarray of the United States, where he often resides.

Which it was, because Nick Cave was in the house.

Rock isn’t dead, and Dan Boeckner is proof as he readies his latest salvo with Operators
Subscriber content
May 19, 2019 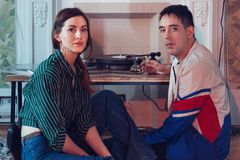 Ariel Engle is La Force to be reckoned with
September 24, 2018 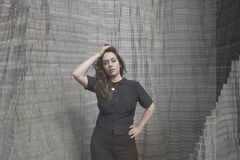 The worse things get for musician Neko Case, the more she prevails
May 23, 2018 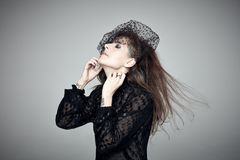