Following the testosterone jamboree of the 2018 Grammys, all industry eyes were on the 2019 nominations, anticipating something approaching gender equality. A perusal of the nominee list, announced early Friday morning, reveals encouraging signs.

Among those popping post-nom Champagne corks – not the good stuff; they haven’t won anything yet – are country singer-songwriter Kacey Musgraves, Americana artist Brandi Carlile and rapper Cardi B. All fared well in major categories, as did female artists in general. Hip-hop artists also thrived.

A possible factor in the increase in female representation was the Recording Academy’s decision to expand the shortlists from five to eight in the big-four categories: best album, song, record and new artist. The swelling (done in the spirit of inclusiveness for an annual event that celebrates, by its very nature, exclusivity) was announced a few months after the Grammys-so-male controversy of 2018, when just one woman won a major prize in the televised categories.

Recording Academy head Neil Portnow added gasoline to the firestorm by saying that women in the recording industry should “step up” to advance their careers. The backlash against his comments was fierce enough that Portnow, who has led the organization behind the Grammy Awards since 2002, is set to step down after the 2019 ceremony.

What does the expansion in nominees mean? Let’s go to the numbers. In 2018, female artists occupied just five of the 20 slots in the fancy categories. (If one doesn’t count best new artist, won by Canada’s Alessia Cara, the ratio dwindles down to just two of 15.)

For 2019, the ratio is indeed more balanced, particularly in the prestigious best-album category, where Cardi B (for Invasion of Privacy), Carlile (By the Way, I Forgive You), Musgraves (Golden Hour), R&B singer H.E.R. (self-titled) and singer-songwriter Janelle Monáe (Dirty Computer) will compete against Drake, Post Malone and the Black Panther soundtrack for gold hardware.

For the two other majors, the numbers get a little fuzzy due to mixed-gender collaborations. Still, for top record, count Cardi B, Carlile, Lady Gaga and SZA as official contenders.

That being said, two of the three most notable top-category snubs (Taylor Swift, Travis Scott and Ariana Grande) involved women. Still, progress was made, at least at the nomination stage. When the awards are actually handed out at the 61st annual ceremony (Feb. 10, 2019, at the Staples Center in Los Angeles), we’ll see if the pumping up of nominees is just window dressing.

The musician with the biggest smile might be rapper Kendrick Lamar, whose eight nominations (mostly for his soundtrack work on Black Panther: The Album, Music From and Inspired By) might pale in comparison to the Pulitzer Prize for Music he achieved earlier this year.

On the Canadian front, the big winner, no surprise, is Drake, a dominant force this year on the streaming charts. The Toronto-born, rap-minded pop artist and basketball enthusiast picked up seven nominations, including nods for the year’s top album (Scorpion) and for best record and song (God’s Plan). As well, Drake collaborators Boi-1da and Noah Shebib were nominated for their production work.

For his smash self-titled LP, Shawn Mendes is in the running for best pop vocal album. The pride of Pickering, Ont., Mendes also has a chance for song of the year, for In My Blood.

Others busy updating their passports for trips to California include Toronto’s Robbie Lackritz, recognized in the recording-engineer class for his work on the indie-pop album Earthtones by Bahamas. British Columbia jazzer Diana Krall, no stranger to Grammy ceremonies, picked up a pair of pop nominations with Tony Bennett. The pair collaborated on the album Love Is Here to Stay.

And in the historical-album category, Jackie Shane: Any Other Way, a box set celebrating the career of the transgender soul singer, has a chance. York University professor and previous Grammy-winner Rob Bowman is one of the compilation’s producers.​

No Canadians were nominated for best comedy album. No women were either. Seems like we’ve heard that joke before. 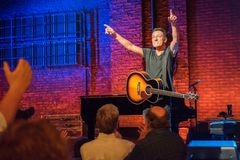 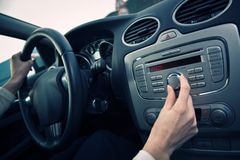