For her next number, the pianist Jennifer Pos would like to perform the Edgar Winter Group’s Frankenstein, a jazz-rock freak-out in the key of G minor. She will follow with St. James Infirmary Blues (a mournful American jazz song of uncertain origin), before closing with her favourite number of all, Franz Schubert’s Impromptus, composed in 1827 for solo piano. Pos finds that particular classical work to be “fun,” and she hopes you will agree with her adjective.

“My range of tastes is very wide,” says Pos, a Toronto musician who plays keyboards and the trumpet with only one hand. “The culture of my family is very musical.”

The 28-year-old Nova Scotia native, who believes equally in Indo-jazz and Black Sabbath, is one of the participators in the third annual concert in benefit of the War Amps of Canada Child Amputee Program. The event, which happens at Toronto’s Glenn Gould Studio on Oct. 6, stars musical-theatre performers David Connolly and Taylor Long, both of whom were born with congenital conditions that left their lower limbs with little function. After extensive operations (at the same hospital, nearly 25 years apart), they were both fitted with below-the-knee prosthetics.

Pos was born missing her left arm below the elbow, but still uses the prosthetic-free limb to strike low-end notes (but not chords). “Not having a left hand wasn’t an issue when I first began playing, because the music was so simple,” explains Pos, who began piano lessons at the age of 8. “As I progressed, I had to figure out how to adapt.”

Although she also had an interest in the saxophone, any Coltrane dreams were dashed at the age of 11 when her father persuaded her to try the less bi-manually insistent trumpet instead. In high school, she taught piano part-time and played pipe organ for services at Pictou United Church. By 2015, Pos had completed the Bachelor of Music program at Toronto’s Humber College. She now teaches trumpet and piano at the Annex Academy of Music in Toronto, while gigging with her psychedelic-rock sextet Strike Scream Run.

Given that she manipulates the piano or Hammond organ with one hand better than most people could ever do with two, Pos doesn’t perceive her playing as anything ultraspecial. In that sense, she would probably agree with Ike & Tina Turner, who once sang "You can’t miss nothing that you never had.”

Still, it doesn’t mean she hasn’t been confronted with awkward reactions. A baffled friend at Humber College refused to believe Pos was a pianist. “She thought I was trolling her,” Pos says. “Which is something I’m totally capable of, but I wasn’t in that particular case.”

After passing a Royal Conservatory of Music performance test, her confused examiner asked her how she’d done it. “I just looked at him and said, ‘You were here, you saw me do it.’ ”

Being one-handed gives Pos a unique perspective on teaching music – a thinking-outside-the-box approach. She has, on occasion, instructed students who were special-need, autistic, even partly paralyzed. “It’s challenging,” she says. “I don’t have any special training in that kind of thing.”

One might argue that she has had exactly that.

BOTH 3.0, a fundraiser concert for the War Amps of Canada Child Amputee Program happens Oct. 6, at Toronto’s Glenn Gould Studio.

Bob Joseph and 21 Things you may not know about the Indian Act
September 1, 2019 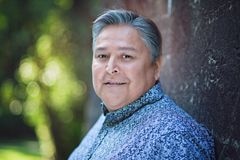 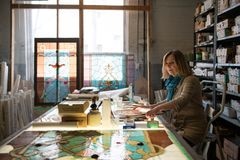 The Ensemble Made in Canada piano quartet takes on a country-sized musical initiative
July 30, 2019 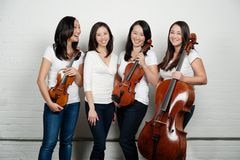