Kinley Dowling has been playing violins and violas on stage for more than a decade, most often for the acclaimed St. John’s indie-rock band, Hey Rosetta!, and most often in the background, which is exactly where she prefers to be.

It was fitting, then, that on the night that her closest girlfriends asked her to play the single she had been working on, Dowling cued up the track and disappeared into her Charlottetown kitchen to dilute the feeling that she was the centre of attention.

Neither she nor her friends knew what to expect when the song, called Microphone, began to play.

“When you held my hand that night and said don’t you worry, I thought I was the chosen one,” Dowling sings in the song’s opening line. “But you led me to the field, and you kissed me so fast. I couldn’t find my legs to run.”

Sounding like a softer, more harnessed version of the Cranberries’ Dolores O’Riordan, Dowling’s voice sharpens as she addresses the intended recipient of the song, which is written as a letter to the man who raped her on the night of her high-school prom.

“I said ‘no’ a thousand times,” she sings. “You were a pirate in the night, you took something that was mine … and if it happened to me now I would bash your head in. I would scream at the top of my lungs. I would go get all my friends!”

When the song finished and Dowling emerged from her kitchen, several of her friends were in tears. It turned out that four of the seven women gathered there that night had been sexually assaulted but hadn’t spoken about it. Annie MacEachern was one of them. “The feeling in the room was that we weren’t alone – it was really powerful,” MacEachern said, adding that she was raped at the age of 18. “I had so many of the same feelings that Kinley had put words to. It spoke very deeply to me because those were experiences that I had had, too.”

It was then that Dowling recognized her single, which was intended to be personally cathartic, might help other victims of sexual assault speak about their experiences.

Two years later, the conversation Dowling began in her apartment has not stopped. Against the backdrop of #MeToo and #TimesUp, Dowling’s song has kicked off a reckoning among her growing fan base, including those who have drawn strength from the rawness Dowling exposes in telling her story in order to tell theirs, too.

On her native Prince Edward Island, the song has become an anthem and it is now included in the province’s Grade 9 health curriculum. It also garnered Dowling, who performs solo as Kinley, four 2018 East Coast Music Awards nominations, including in the song of the year and rising star categories.

The prospect of helping others through music has fuelled Dowling, a reluctant soloist who prefers not to perform her songs live but to record music videos for them instead. Through the success of Microphone, though, she has grown determined to stand up for women’s rights.

“I’ve always been a shy, quiet person. I don’t like to cause a ruckus. But hearing all these stories of other women flying over the internet – this is a real problem all over the world. And there are real stories from real women who need to be heard,” she said, adding: “I’m not done talking about this at all. I’m just starting. I want to be heard.”

Finding the courage to fuel her voice has taken time. Dowling’s rape was 17 years ago. “It’s not like I didn’t want to say something. I was just filled with so much rage. I spent years feeling like that and not telling anyone about it. And it’s not worth it,” she said, adding: “I know that I’m not over it. It’s not something you get over. It’s something that you work on all the time.”

Part of that work has included trying to inform her rapist of her decision to speak out. The man, whom Dowling has not publicly named, no longer lives on PEI, she later learned. After locating his e-mail online, she sent him a link to her song and video and a short message reminding him that she hasn’t forgotten what he did.

The man has not responded. But Dowling isn’t through with her pursuit.

“I really want an apology,” she said.

While she waits for it, Dowling is bolstering a movement.

“She’s proactively building consent culture,” said Mara Pellerin, one of Dowling’s bandmates in Hey Rosetta! (which is currently on an indefinite hiatus). “In offering this outlet, sharing the song, bringing it into schools, she is creating a different kind of justice,” she said, adding: “It is such a positive thing she has created.”

Pellerin said that Dowling should not feel pressure to perform live. “I think she is still giving a lot to her audience,” she said.

Next month, Dowling would like to give a bit more. For weeks, she has been practising for the East Coast Music Awards, which will be held in Halifax on May 3. Scheduled to perform Microphone, Dowling will have to confront her fear of performing on stage for a live audience.

“Performing this song is a huge goal,” she said, adding that she’s hoping to conquer the feeling of vulnerability that seems to overwhelm her when she sings (including to her family and friends, hence her kitchen hideout for Microphone’s debut). “There’s something about the singing,” she said. “These are very honest words. It’s coming from my soul.” 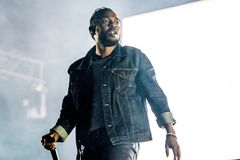 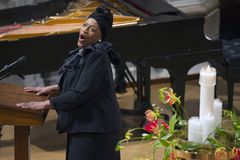 Canadian musicians discuss the most treasured records in their collections
April 16, 2018