🙏❤️ in solidarity with #BlackLivesMattter, a tribute to the heroic protests vs injustice in Portland and elsewhere: an idea that woke me up 3 am, now recorded. thanks to @LinzMunroe (vocals) and Ivan Rosenberg (dobro). #PortlandMoms #ResistFascism #FloydGeorge #PortlandProtests pic.twitter.com/uzOIQKW056

This revolution will be jauntified. Sounding less like Gil Scott-Heron and more like Stephen “doo-da, doo-da” Foster, the beloved children’s songster Raffi Cavoukian offers sing-along support to the Black Lives Matter movement and the protesting mothers of Oregon’s largest city. (Listen on Twitter)

The normally self-effacing Drake flexes a bit on Popstar, a languid, well-muscled rap in which the hip-hop superstar asserts his pop-music bonafides. On a track that relentlessly name-drops, he compares himself to a highly decorated Canadian producer (”If we talkin’ joints, it’s just me and David Foster”) and a big-name Baby singer (“[Stuff] don’t even usually get this big without a Bieber face”). Let’s get the three of them together for a Juno Awards performance next year, shall we? (Listen on YouTube)

What sounds like a woke hockey book for kids is actually the title of a single by the Halifax literary-folk musician Daniel Walker. An acoustic guitar’s strum is gently buoyed by brass in a song that argues against toxic masculinity on ice. (Listen online)

OUT OF LOVE, BY BUSTY AND THE BASS (FEATURING MACY GRAY)

If we need to pick a song of the summer – and we really don’t – consider Out of Love, a funky, bubbling slice of R&B that cools the edge like tonic does to gin. And, yes, that’s the inimitable Macy Gray guesting with the Montreal octet. (Listen on YouTube)

MANSION ON THE HILL, BY THE O’PEARS

A redoing of Bruce Springsteen’s Nebraska album by a group of Toronto artists includes a cover of Mansion on the Hill by the female folk trio the O’Pears. The song is about the unequal distribution of wealth. And while the song soothes – soft harmonies are water-cooled compresses to the forehead – its narrators are still not allowed on that hill. (Listen on Bandcamp)

QUITTING YOU, BY THE ARKELLS

While recording acoustic versions of old material for their upcoming Campfire Chords album, Hamilton rockers the Arkells asked themselves, “Does it pass the campfire test?” The sessions yielded a newly written single, Quitting You, which passes that test until we hear annoying “whoa oh oh oh” background vocals. That tired trick shouldn’t be allowed near any campfires, unless it’s being thrown in the flames for good. (Listen online)

BLACK IS POWER, BY KYE CLAYTON

“Say it with my chest, Black people always have less.” A hypnotic rap from Halifax’s Kye Clayton is a fist thrust in the air – not in anger, but with frustration and inarguable reasoning. (Listen on YouTube)

Rufus Wainwright and the ultra-inclusive Choir! Choir! Choir! join forces with online voices from around the globe for an elegantly galvanizing version of the John Lennon-written classic. “I have sung Across the Universe for many years,” Wainwright said about the crowd-sourced collaboration. “But only now do I truly understand the chorus. It is really the universe that is singing, ‘Nothing’s gonna change my world.’ ” (Listen on YouTube) 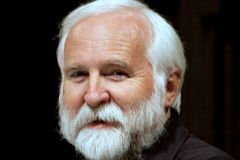 Opinion
Will there be a signature song this tumultuous summer?
July 15, 2020 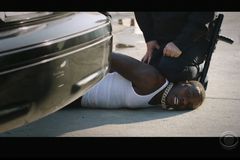 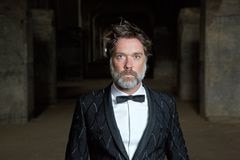