The EP Boshido from Canadian soul-rap icon k-os dropped late last month with no warning. It’s a crackerjack five-song release, with k-os mostly freestyling over beats from Polaris-winning producer Kaytranada. But where did it all come from? “Something old, something new, something borrowed, something blue,” k-os explained, leaving a message on my voice mail after I reached out for answers.

Turns out some of the tracks, including Smells Like Cream Spirit, come from a mix tape (Views from the Stix) that briefly lived on Soundcloud in 2016. Another one, a Kaytranada remix of k-os’s Crucial, is previously unreleased. Taken as a whole, Boshido finds an artist staking a claim for his high place in the Canadian hip-hop hierarchy, while also taking a stand for old-guard rap that sounds renewed and in fighting spirit.

K-os’s On My Kanye, the lone EP cut not produced by Kaytranada, leads off this month’s edition of Wheeler’s Eight Tracks.

Listen while you read: A YouTube playlist of this edition of Wheeler’s Eight Tracks

ON MY KANYE, BY K-OS

“Ain’t got no picture postcards, ain’t got no souvenirs/My baby she don’t know me when I’m thinking ‘bout those years.” Country artist Crystal Shawanda gives the Delta-blues treatment to a Tragically Hip classic, with a scratchy voiced vigour that recalls 1990s-era Sass Jordan. The swamp-watered cover almost shakes hard enough to revive Jordan from her long slumber, like an earthquake awakening Godzilla. (Listen on YouTube)

The alt-rapping Zambian and current Montrealer who calls herself Backxwash identifies as an “angry trans woman,” one who on her Polaris long-listed album God Has Nothing to Do With This Leave Him Out of It announces herself as someone in favour of black metal and Missy Elliott. The disc’s final track is Redemption, on which the fed-up Backxwash defiantly unburdens herself against a mellow Hendrix guitar sample: “Feel like you lost a son, but you gained a daughter” and “You think I broke your heart, I think it’s for survival.” The song closes with a proper sermon, but I think we already heard one. (Listen on YouTube)

STAY HOME AND DANCE, BY MARTHA AND THE MUFFINS

From the Echo Beach band, a self-isolation anthem and mediation for the rhythmically inclined. The close harmonies recall Crosby, Stills and Nash, but the beats accept a disco invitation. No one’s forcing anyone to boogie during a pandemic, but is adding a little sway to one’s hand-washing routine too much to ask for? (Listen on YouTube)

NO GLORY IN THE WEST, BY ORVILLE PECK

While we await Orville Peck’s upcoming EP (complete with a Shania Twain duet, no less), the alt-country crooner strums a moody horseback number about a quickly disappearing trail. “And after each midnight begins a new day, but don’t place your bets on a word that they say.” One, then, for those whose giddy-up has gotten up and gone. (Listen on YouTube)

The original version of the 1985 hit single was defiant, what with its snarling, rallying refrain. On this solo-piano update, however, the pacifying opening line gets the spotlight. The thing is, no one’s asking for “just a little more time” today. In a decidedly now moment, Hart’s just a voice from the past. (Listen on YouTube)

NEVER LOVE ANOTHER, BY SUMMERSETS

For fans of the Barr Brothers, or Simon and Seals, or even Garfunkel and Croft. Never Love Another is a lemonade-and-hammock number from Summersets, a mouse-voiced collaboration of Kalle Mattson and Andrew Sowka. Lyrics function as a wedding vow or something for shared whispers in the dark. Lovely, in its way. (Listen on YouTube)

“Your heart is as cold as ice/Girl I should know, I’ve been to the North Pole.” Nobody ever accused the Vancouver hard-rock duo Japandroids of being Shakespeare. Or even Foreigner. Heart Sweats is one of 16 foundation-shaking tracks off a new live album (out June 26; currently available on Bandcamp) recorded at Toronto’s Massey Hall. The venue is now closed for repairs. Send the bill to Japanadroids. (Listen on YouTube)

Playlist: Eight new Canadian songs that scream to be streamed
May 13, 2020 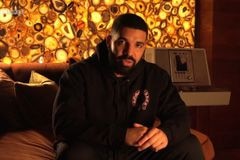 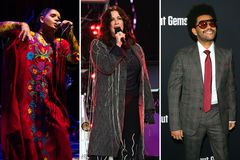 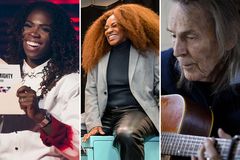