Listen while you read: A YouTube playlist of this edition of Wheeler’s Eight Tracks

BEFORE LOVE CAME TO KILL US, BY JESSIE REYEZ

The fast-rising R&B artist may or may not be on top of the world, but she was at least on top of Toronto when she sang the national anthem from the CN Tower prior to a recent Toronto Raptors game. And from the looks of a new video for the title track of her debut album, her glassy apartment has a fine and high view of the city’s skyline. The track is torchy and wistful, old-fashioned but modernized, about roses and other things destined to die. (Listen on YouTube)

Before the COVID-19 pandemic, we took so many things for granted: Taking out a library book, a cold brew at a corner bar, a stress-free sneeze. And, of course, hair cuts. Toronto rap artist Exmiranda salutes the life-redeeming importance of a well-appointed 'do with a funky track built around a catchy guitar riff. One feels brand new just listening to it. (Listen on YouTube)

STOOD UP, BY MATTHEW GRIMSON

A slack, blurry grunge-pop masterpiece from a mostly unknown Nova Scotia songwriter. Stood Up by the late Matthew Grimson was previously covered by Sloan, but now a lo-fi version by Grimson from a 1995 recording session has been resurrected along with 14 other tracks of his for the album Prize For Writing. The song is bleak: A poor soul is stood up in a Chinese restaurant, where the fortune cookies are cracked and “duck” rhymes with “no luck.” Nobody deserves such disregard. (Listen on Bandcamp)

WHY DO I FEEL, BY LUNA LI

Toronto’s Luna Li, advertised as a “fiercely feminist rock ’n’ roll moon fairy,” hovers gorgeously on a laid-back pop tune that poses a self-diagnostic question: “Why do I feel this way?” When shortened to “why do I feel?” the analysis turns existential. Clearly these are the superior musings of a seemingly celestial being. The song is Li’s contribution to Ever New, a Bandcamp-exclusive compilation of new music and covers by Canadian indie artists including Mac DeMarco, Jennifer Castle, Owen Pallett and Jessy Lanza. Proceeds go to Black, Indigenous and LGBTQ2S charities. (Listen on Bandcamp)

DIRTY NIKES, BY RUTH B

While Drake shoots a video at Nike headquarters and has an endorsement deal for his own swoosh-brand sneaker, Ruth B’s association with the famous footwear is much more emotional. On a sombre neo-soul number from the young Edmonton singer-songwriter, an ex-lover’s old kicks are left behind. The heart-wrenching act of letting go is explored – who could ever fill those shoes? (Listen on YouTube)

Ottawa’s Jim Bryson is renowned for his collaborations with such indie-music icons as Kathleen Edwards and the Weakerthans, but he’s a gifted songwriter in his own right. With the third instalment of his “survival tactics” releases, Bryson shares harmonies with Caroline Brooks of the Good Lovelies on a brushed-drum, gently frustrated, acoustic lament. The song is about listening, or the lack of it. We’re all locked down, but instead of taking advantage of what should be quiet we’re making more noise than ever. (Listen on Bandcamp)

THE TIMES THEY ARE A-CHANGIN, BY NEIL YOUNG

“Your old road is rapidly agin’,” Neil Young croons on the classic Dylan-written protest song, recorded from a back porch this summer for his Fireside Sessions. “Please get out of the new one if you can’t lend your hand.” A harmonica wheezes, Young’s voice shakes, but the relevant-as-ever message is delivered. The song is to be included on The Times, a politically-charged seven-track EP from the newly-American bard that’s due out on Sept. 18. (Listen online)

Sounding like the fictitious love child of Feist and Smokey Robinson, Vancouver’s Jenny Banai on Paper Plain is dreamily confused about the rules of personal engagement. “Am I searching for the right words to play ... Am I crazy or just plain unaware?” The song is part of Banai’s forthcoming album Couchwalker, set to drop Sept. 17. (Listen on Bandcamp) 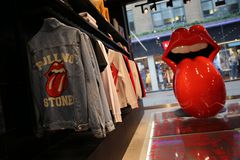 Cathy Smith, who admitted to killing John Belushi, was a woman of mystery
August 28, 2020 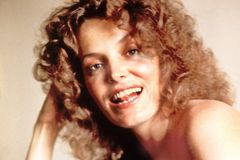