The painter Kevin Whitaker is about to be photographed, when his wife suggests he take off the waist-tied apron for the shoot. “Should I?” he asks. One gets the feeling he is just as comfortable with the paint-smeared thing on as not – that the garment makes the man. And who could blame him?

In 2016, at 59, Whitaker traded in the robe he wore as a judge on the Ontario Superior Court of Justice for an artist’s accoutrements. It wasn’t his choice; he had been diagnosed with Parkinson’s disease (with Lewy body dementia) and he knew he would need to step down from the bench. Whitaker was highly respected in legal and judicial circles, within which he was considered a future candidate for Canada’s top court. A neurologist’s finding snatched that all away.

“I definitely felt, for the first six months after the diagnosis, that it was something very unfair,” Whitaker says, speaking after the photo shoot, in the kind of terms a man or woman of the court would use.“I felt that I had been done an injustice by fate, and that my life was being destroyed.”

For our interview, Whitaker sits decidedly un-destroyed in the art-filled house in Toronto’s west end he shares with his wife, Marie Moliner, who has just retired as a director with Canadian Heritage. Some of the contemporary paintings filling the walls are of his own making, while others are works by the likes of Toronto’s Fiona Smyth and Casey McGlynn (whose 36-panel diorama you were born…you died dominates a living room wall).

“I love the stuff,” says Whitaker, who, with his wife, is friends with Smyth and McGynn. “It resonates with me, and I hope I can both keep making art and maintain the relationships I have in the art community.”

Whitaker had dabbled in art for years, before and after his diagnosis, but he’s picked up the pace in the last half year or so. Last month at his first exhibition (at Toronto’s Back Lane Studios) he sold all of the works available, with the proceeds donated to Sunnybrook and Toronto Western hospitals. Whitaker’s paintings have had some media attention owing to his circumstances, but the best success of the exhibit was the appreciation he received for the work on its own terms, rather than his condition.

“The show was a gift,” says Moliner, speaking earlier, while her husband was being photographed. “It allowed him to really understand that people valued this side of his life.”

Moliner administers a dopamine pill to her husband every 2 1/2 hours – “it gives him joy” – but she sees his daily art regimen as therapeutic as any dose. “He’s always had a pleasant disposition, but any depression he’s had with Parkinson’s has disappeared. He’s motivated, his output is prolific, and he loves getting into the detail. He gets lost in it.”

A van Gogh enthusiast whose work is rich, wild and impressionistic, Whitaker describes his paintings as a “place where beauty and utility stumble over each other,” an allusion to the role the process of creating them plays in his life. His recent exhibition was titled Chasing Monsters, a reference to the mild hallucinations he experiences with Parkinson’s.

Other than restless legs, he shows no outward signs of his condition. Fit and thoughtful, he appreciates that his retirement offers him expansive time with his friends and family, and one gets the feeling that he enjoys talking and thinking about art almost as much as he enjoys producing it.

“I’m enraptured by the idea of being able to make art, and to communicate,” Whitaker says. “It calms me down. The best test for me is whether I can forget about my circumstances, if for an hour or even five minutes, allowing me to ponder into the larger space around us.”

A more persuasive case for art, from an honourable artist, has never been made. 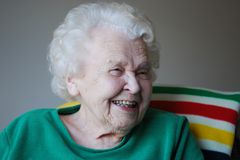 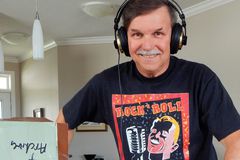 Danielle LeBlanc brings musical blast from the past to nursing-home residents
May 3, 2018 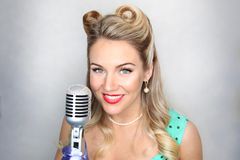