When the dream came

I held my breath with my eyes closed

Like a smoke ring day when the wind blows

Now I won’t be back till later on

If I do come back at all

But you know me, and I miss you now

At Detroit’s hyper-opulent Fox Theatre – the room was louder than the music – a gentleman in the sold-out crowd wore a T-shirt proclaiming that he’d “grown up” on Neil Young’s music. And while the sentiment was representative of the audience, one’s ears are never quite ready for the sound of the Canadian rock-troubadour as he reaches for the notes he seems to need so urgently. His tone is high, arid and strangulated; his delivery insistent and searching.

Young’s is a voice, like Bob Dylan’s or the late Gord Downie’s, that cannot be unheard. It demands not only to be listened to, but to be felt.

Currently on a six-date solo tour of theatres, Young opened his one-night engagement at the Fox with On the Way Home, a bittersweet Buffalo Springfield song he wrote when he was in his early 20s. “Though we rush ahead to save our time, we are only what we feel,” Young sang. “And I love you – can you feel it now?”

The crowd was in a reciprocal mood.

Wearing a fedora, flannel shirt and old jeans, the rumpled Omemee kid, now 72, arrived on a stage full of guitars, pianos and a pump organ carrying a satchel and a ukulele. We never found out what was in the satchel, but we know his bag anyway: He sang about love and he sang about war, and if we weren’t sure which was which, there was a small sign on stage that illuminated the word “love” where appropriate.

It was not lit for Ohio, an anti-war anthem Young spoke about before presenting. “We hadn’t seen anything like it,” he said, referring to the four dead at Kent State at the hands of Ohio National Guard in 1970. “Nobody had.”

Before I Am a Child, Young mentioned children in boxes while addressing the current immigration scandal. “They’re in the United States of America,” the long-time American resident pointed out, “and a lot of people are looking at that.”

If he was angry at times, Young was just as often mournful. Sipping a beer at one point, he drank to roadies, mentioning that some of them “ain’t around” any more. Tonight’s the Night is about a heroin overdose, as is, obviously, The Needle and the Damage Done.

Between songs, Young took his time deciding which tune to do next, sometimes walking around with his hands in his pockets and a furrow to his brow. Was it for effect? Perhaps, but following There’s a World with the poignant, dreamy despondency of the Springfield’s Broken Arrow seemed liked an on-the-fly piano-bench choice.

Before putting down an instrument to use another, Young would pause to give the instrument the once over, as if considering its magic (or perhaps its history). A banjo, for example, on Mellow My Mind.

Though he ignored boorish songs requests from the crowd – “I heard an echo from ’78,” he said, after an unrequited plea for Powderfinger – Young was full of banter. He spoke about visiting Joni Mitchell when she lived in Detroit, while tacking on recollections about recording with the Mynah Birds on the Motown label in 1965, playing a hootenanny at the Chessmater Club and writing songs in a White Castle restaurant.

Though he stuck predominantly to acoustic instruments (including, often, a rack harmonica), Young strapped on a white electric guitar for Ohio and a sneering, fuzzed-out Angry World, part of an ornery suite from his underrated 2010 album Le Noise that ended with Love and War, a career summation:

But I don’t really know if I wanna

Since the back streets of Toronto

On the ukulele-plucked encore Tumbleweed, Young rhymed “baring my soul to you” with “it’s all that I’ve got that’s true.” Words to a sweetheart also served as an artistic explanation to his fans. They heard and felt the man, an ovation indicated.

Neil Young, with Promise of the Real, plays Quebec City’s Festival d’été on July 6, before finishing his solo tour in Boston on July 11 and 12.

On the Way Home

Only Love Can Break Your Heart

Love Is a Rose

Cowgirl in the Sand

I Am a Child

Are You Ready for the Country?

After the Gold Rush

Out on the Weekend

The Needle and the Damage Done 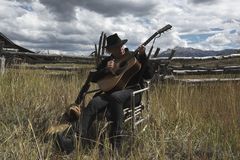 Neil Young on his new film Paradox, the power of music and the evils of streaming
March 26, 2018 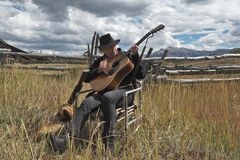