The story on Kaia Kater is that she wants her narrative back. A mild-mannered artist who has seized the folk world’s attention, Kater is marketed as the socially conscious fresh hope of Americana, the next Rhiannon Giddens, the mountain-music ingénue and the Grenadian-Canadian with a clawhammer banjo on her knee. Her reputation precedes her; Kater wishes to put it behind.

“We have these anchoring words that are used to get people to put our records on,” Kater says. “But I would rather be known as a good songwriter. I want to get past any stark definitions of who I am.”

Kater describes her latest album, Grenades, as the “lore of lives recounted.” Some of the material came from her small Toronto apartment in the middle of winter; some came from an identity-seeking trip to hills of Grenada. “I wrote Grenades to trace the life line from my palm and find my home,” Kater writes in the LP’s liner notes.

It all makes for an intriguing package – a young artist seeking redefinition so early in her career. But to appreciate where she’s going, one must first be aware of where she’s been.

Stylistically and sonically, the album represents a shift in direction, with creek-fed Appalachia giving way to contemporary atmospherics and honeyed, breezy and occasionally ominous folk-rock. Counterintuitively, for someone looking to break with the past, Kater has signed with Smithsonian Folkways Recordings, the august label that was founded by Moses Asch in 1948 (as Folkways) to keep old-timey music alive, even if its artists no longer were.

But if Kater has a found a home at Folkways, the 25-year-old is a progressive artist, one dedicated to 50-50 gender parity when it comes to the management, musicians and record producers she employs.

Kater is the Montreal-born daughter of a bluegrass-loving mother from Quebec and a father who immigrated to Canada from Grenada in his mid-teens. Growing up, she also lived in Winnipeg and Ottawa, where her mother, Tamara Kater, was the executive director of those city’s major folk festivals. First exposed to the banjo at a music festival workshop for kids in New York and with a grandfather who is a luthier, she would graduate from West Virginia’s Davis & Elkins College, where she studied Appalachian music on a scholarship and immersed herself in the local culture.

“I’ve always been very interested in other people’s stories,” says Kater, speaking in an empty hotel bar recently. “And for a long time, I didn’t see anything of value in my Canadian culture and in the Grenadian aspect of my culture. I didn’t think there was anything to mine there.”

On the title track to her 2016 album, Nine Pin (named for a square-dance formation), Kater references her unsettled sense of self by delivering the kind of edgy line that Toni Morrison or Nina Simone might have inspired: “These clothes you gave me don’t fit right, the belt is loose and the noose is tight.”

The new Grenades includes short spoken-word passages by her father, who tells a life story that involves the 1979 socialist revolution in Grenada. The brooding opening track, New Colossus, takes its name from the Statue of Liberty sonnet by the American poet Emma Lazarus. With Kater writing song lyrics “through the fog of a search for identity and belonging," the making of the album was a catharsis for her. Ultimately, it was about reflection, trying to stare into the mirror.”

Although Kater refers to the process that led to Grenades as a “migration of the mind,” many actual miles were logged. There was the trip to Grenada (courtesy of a Canada Council grant), and there were visits paid to the Smithsonian Folkways office in Washington. For the call-and-response track La Misère, Kater set lyrics to a nameless melody in the Smithsonian’s Emory Cook collection of Grenadian folk songs.”

“It’s very rewarding to see a young person such as Kaia come in and look through old, dusty shelves,” says John Smith, associate director of Smithsonian Folkways Recordings, a non-profit record label of the national museum of the United States. “It’s rewarding for us, and it’s rewarding, I think, for the average music lover to see the journey that someone Kaia has been on.”

Folkways is home to such legendary artists as Woody Guthrie, But while Kater was trying to figure out which land was her land, she was also trying to determine if Folkways was a good fit for her. “It was a process,” says Kater, who is signed in Canada to Toronto-based Acronym Records. “I was concerned with how they were going to deal with actual living, breathing, touring artists.”

Smithsonian Folkways has actually begun signing young talent, however, in particular female artists such as high-and-lonesome vocalists Anna & Elizabeth. The female priority was a key attraction for Kater. “There’s been a lot of talk about gender parity on festival bills, and I agree with it,” says Kater, whose management (Mavens Music) is handled by her mother and fellow industry veteran Kimberly Sinclair. “But I thought it would be hypocritical for me not to achieve that parity when it came to the people I employ as well.”

“There’s a climate of female uprising,” says Halifax’s Costelo, who has just released her own album Sweet Marie. “And there are people making conscious choices to hire women in non-traditional roles in order for them to be seen as more traditional.”

Costelo’s mission on Grenades was to help Kater move from typical bluegrass sounds to something more here and now. “I think with this record, she has made something so quintessentially her,” says Costelo. “It cements her as a great songwriter. And I think we’ll see less and less comparing to other people and more accolades for who she is.”

Kater will take that, with one more wish for the future. “As long as I’m young, I’ll be marketed as fresh,” she says. “I’m looking forward to when I’m 50, when people will have to call me a veteran.”

Age 50 for Kater is a quarter-century away. The millennial is in a hurry for oldness, but let’s not put Smithsonian Folkways’s newest star in the museum just yet.

Editor’s note: (Nov. 14, 2018) An earlier version of this story spelled Erin Costelo's name incorrectly. It also misspelled the name of the album Nine Pin. This version has been updated. 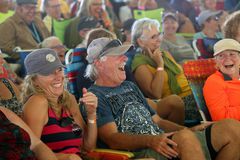 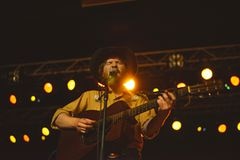