For the first time in seven years, Ken Johnson awoke Thursday without wondering what the Canadian legal system had in store for him.

The father of Scott Johnson, the British drum technician for Radiohead who was killed when a temporary stage collapsed before the band’s scheduled 2012 show in Toronto, Mr. Johnson has spent years in and out of Canada, first dealing with the criminal case and then the coroner’s inquest, which wrapped up Wednesday after almost three weeks of testimony.

Mr. Johnson confessed to reporters Wednesday that “hardly a month has gone by in the last seven years where I’m not involved in some dialogue about Scott and what’s happened, so I quite look forward to perhaps not having that dialogue.”

Mr. Johnson, a scaffolding safety adviser by trade, took his own advice, even avoiding calls from band members. “I have not yet got back to them,” he told The Globe and Mail, “but I know of their love and care for us.”

Instead, he began preparing to return to the United Kingdom, where he shares a home with his wife, Sue. Scott was their only son.

Though the legal system is done with their case, Mr. Johnson said it’s “too early to talk of closure.” Instead, his thoughts were of the flight home – of the inevitable chatty seatmate who would ask him about his family or what he was doing in Canada.

There was, he said, some solace in the process this time around. Unlike the criminal case, which left him horrified and speechless – it lasted five years, only to have an Ontario judge stay the changes against promoter Live Nation, Optex Staging and engineer Domenic Cugliari – this time he felt informed and engaged. “I had been prepared well with over 2,000 pages of information prior,” he said, adding that he was moved by the coroner’s council’s “structure and careful presentation to the jury.”

Despite his preparation, Mr. Johnson and those at the inquest were shocked to hear testimony from Mr. Cugliari, now retired, that he had relied on the stage’s builders to work around his “very sloppy” mistakes and that another engineer had merely eyeballed a bend in the trusses, which eventually dropped more than 70,000 pounds on Scott’s body, killing him instantly.

Mr. Johnson was also able to personally thank and forgive the workers who were there that day, including local piano tuner Wayne Ferguson and rigger Shannon Cogan, who had rushed into the collapsed structure in an effort to save Scott.

The jury’s extensive but non-binding recommendations were highlighted by the creation of a provincially funded working group that would examine the processes involved in the live performance industry, including the construction of temporary stages.

Radiohead released a statement on social media channels Thursday afternoon in which the band sent “love and respect to Ken and Sue,” while noting that the inquest “revealed the negligence and failings that led to Scott’s death.”

"A verdict of Accidental Death was returned,” it continued, “which feels frustratingly insufficient given that the stage collapse was shown to be preventable.”

Mr. Johnson also took issue with Scott’s death being ruled accidental. “I know it could not be, otherwise it was negligence.” 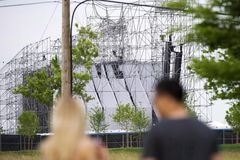 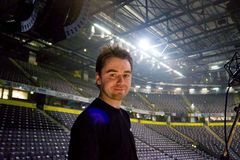 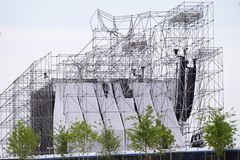