Last week at an exclusive house concert recorded for George Stroumboulopoulos’s show on CBC Music, a fan of the songwriter John Prine passed out during the performance. We can call it faint praise for Prine, but not the damning kind. In fact, quite the opposite.

Prine, 72, performed eight songs at Stroumboulopoulos’s downtown Toronto home, where 100 or so fans and well-known musicians squeezed into a living room and kitchen for a midday serenading taped for a Dec. 16 broadcast. Jim Cuddy was there as a VIP guest, but the Blue Rodeo star was only the third-best songwriter in the room, because Gordon Lightfoot was in attendance as well.

As was Hamilton folk-rocker Terra Lightfoot (no relation to the Sundown icon). Suffering from a cold, she had knocked back some over-the-counter medication to suppress the symptoms. Apparently the remedy was past its expiry date. Soon after swallowing a dose, Lightfoot felt “a little weird.” Later, as Prine sang his 1971 song Sam Stone, she sank like a rock in the sea, hitting the floor, briefly unconscious.

“My vision blurred, and everything just went black,” she later told The Globe and Mail. “When I came to, people were saying my name. Just like in the movies.”

Waiting for the song to finish, a recovered Lightfoot discreetly left the room, not willing to risk any possible distraction.

Because the collapse happened behind Prine, the revered American songster hadn’t realized anything was amiss. Later, though, after being informed of the incident, he took Lightfoot’s brief wooziness as a compliment. “I heard we made a girl faint,” he good-naturedly told Stroumboulopoulos. “We haven’t done that in 30 years.”

Twenty years ago, Prine was diagnosed with cancer on the right side of his neck. Though he recovered, the successful surgery left him with a gravelly voice. Unhampered, he continues to record and perform. Prine was in Toronto for a concert at Sony Centre in support of The Tree of Forgiveness, his first album of original material in more than a dozen years.

Before The Strombo Show taping, Prine privately met with the other Lightfoot, Gordon, in the basement of Stroumboulopoulos’s comfortable (but by no means grandiose) home. The two talked songwriting and recalled a beery night together in Toronto back in the 1970s.

“It was kind of like being in a museum and watching Mona Lisa talk to the statue of David," Stroumboulopoulos told The Globe, about witnessing the two songwriters casually chat. “I think sometimes Canadians, particularly young Canadians, forget just how big a deal Gordon Lightfoot is.”

Prine forgets nothing of the sort. During the taping, with his old friend sitting a few feet away, Prine told a story about first meeting Lightfoot at the old Riverboat folk club, where Prine gave a string of concerts in 1971. “The second night I was there, my songwriting hero came, Gordon Lightfoot,” Prine recalled. “Sitting down at the front table there, right in front of me. It was intimidating as hell, you know?”

One can imagine. But, then, one didn’t really need to imagine anything, because there was the 80-year-old Lightfoot sitting again at Prine’s feet, this time in Stroumboulopoulos’s living room instead of the Riverboat. In recognition of the occasion, Prine played Far From Me, a breakup song and apparently Lightfoot’s favourite Prine composition.

Later, when Prine sang Sam Stone, as sad a song as has ever been written, you could have heard a pin drop. Or a Lightfoot drop. Luckily there was a spare. ​ 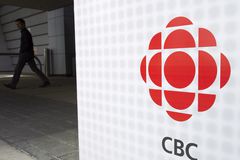 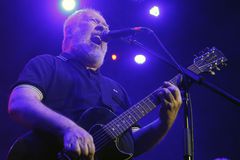 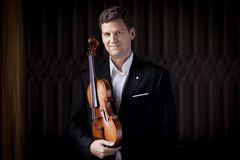