As the Stephen Sondheim of indie-pop and the maestro of The Magnetic Fields, the singer-songwriter Stephin Merritt has made a career of creating character-driven songs. In 2017, Magnetic Fields released 50 Song Memoir, a brilliant musical and lyrical autobiography with the four-dozen-plus-two songs each representing a year of his half-century on Earth. For this year’s Luminato arts festival in Toronto, Merritt brings that material and his story to life using songs, video projections and so-called banter in a two-night concert experience. Merritt spoke to The Globe and Mail recently by phone.

The idea behind 50 Song Memoir was inspired by Robert Hurwitz, when he was the head of Nonesuch Records. I was glad to hear that, because doesn’t it seem like we only hear about label presidents when they’re at odds with one of their artists?

Right. In the documentary on Whitney Houston, people sort themselves into either pro-Clive Davis or anti-Clive Davis. But in the case of the Magnetic Fields, that doesn’t apply. We actually get along with our record label.

But it’s not normal for a label boss to get that far into the creative end of things with an artist, is it?

It’s not normal. It’s totally not normal. But if I had hated the idea, Bob Hurwitz would have been okay with that.

Does writing songs to a concept change the style of songs you end up writing?

I made sure the format was different for every song. I wanted to make sure I wasn’t approaching autobiography in the same way for every song. I tried to make sure that there were 50 different ways to satisfy the requirement that the song would relate to a year in my life in some way. I’m sure I didn’t succeed in that. But I definitely succeeded in making it something other than a linear story, told in one way, about my life. It’s not even always about my life. Some of it is about what was going on historically at the time, and only slightly referring to how that affected me.

Yes. It mentions that my family tried to drive to Woodstock. But I think that’s the only time I appear in that song. And for the first few songs, where I don’t have any memories to draw on, I didn’t pretend to.

For the concert experience of the album, do you provide context to the songs for the audience?

Yes. There is banter.

I don’t like banter. But I have written banter, which sits in the musical stand in front of me with the lyric sheet. And I read it to the audience.

Well, I discuss that in part of the show. If an actor reads prepared material to the audience, that’s completely normal. But if a musician does it, that’s considered a little showbiz-y. Musicians are usually expected to pretend they are making up what they’re saying, in real time. It’s a polite fiction.

Bruce Springsteen is blurring the line with his Broadway show, in that regard. But I think Neil Young’s banter is often genuine.

Have you ever see him in more than one city on the same tour?

I haven’t either. There’s no way I could possibly go see Neil Young. It’s too loud for me. [Merritt suffers from hyperacusis, a hearing disorder.] Ditto Springsteen, even on Broadway. I would not be able to handle that. But having not seen Springsteen on Broadway, I guarantee you somebody wrote the banter – probably him. He’s been doing banter for decades. I mean, he wrote his own book.

You sing on the album about making another world and filling it with whatever you want. Are you talking about songs?

Yes, but this was when I was quite little. I hadn’t hardened into a person who only wrote songs. I mean, I still haven’t. But when I was little, I used to draw characters and landscapes. I briefly had a room full of them. Like people would do with a train set, but I didn’t have a train set. So I was actually making another world, before I had a habit of doing that in songs. Which, for me, is the best way of writing songs – that you actually remember you’re creating something. I like remembering I have a responsibility to my characters, such as they are. I like thinking of the song as a parallel universe that I’m creating.

The difference being that you’re sharing the universe with your fans and your audiences. That must be terrifically satisfying.

Well, I remember reading a book by [composer] Ned Rorem, where he said he had realized one day that his entire body of work could be listened to in under six hours. I feel the same way. In my case, it’s more like 12 hours. I can hold my entire recorded output on CDs in two hands. So, it seems small to me.

Yes. But not huge enough. 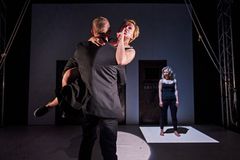 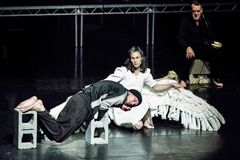