When the 2019 Indigenous Music Awards take place in Winnipeg on Friday, the spotlight will be on a little-known singer at the centre of a controversy over cultural appropriation between Indigenous peoples.

Tanya Tagaq, one of Canada’s most prominent recording artists, has joined a number of other Inuit throat singers, known as the Arnaqquasaaq Collective, to boycott the awards and call for change. They are demanding that a Cree nominee, Connie LeGrande, withdraw from the contest. Ms. LeGrande’s debut album, ISKO, features throat singing, which has prompted the highly charged debate over inter-Indigenous cultural appropriation. The critics are also calling for changes to the IMAs’ policies, which would require Inuit representation on the board and a rule that would disqualify artists for co-opting from other cultures.

Ms. LeGrande, who was nominated in the Best Folk Album category, hails from Bigstone Cree Nation in northern Alberta. Long curious about throat-singing, she sought out inspiration from other Inuit performers, including Polaris Prize-winning Ms. Tagaq. She never missed a concert when Ms. Tagaq performed in nearby Edmonton.

According to the Arnaqquasaaq Collective, throat singing has been practised by Inuit women for time immemorial but was nearly lost through colonialism and has only recently been widely recognized.

Dr. Niigaan Sinclair, associate professor in Native Studies at the University of Manitoba, explains the nuances between cultural appropriation and appreciation: “In Indigenous life, everything is given through relation, so if you can build the relationship necessary to use either the art form or their song or the knowledge in which a people have gained it, then it is those people that will stand up for you, not you standing up for yourself.”

Ms. LeGrande doesn’t consider her style to be Inuit, saying throat singing is practised by many cultures worldwide. “I’m simply taking the skill of throat singing, the inhalation, and exhalation and using my own sounds and quite often Cree vowels.”

The week following the exchange with Ms. Tagaq, Ms. LeGrande received an e-mail from a group of 12 throat singers that would become the Arnaqquasaaq Collective, including Ms. Tagaq, demanding that she withdraw from contention for Best Folk Album. “You are running against two Inuit women who perform Inuit throat singing,” it reads, “and it is disrespectful and inappropriate for you to be considered in the same category.”

‘This book was written for my own heart’: Tanya Tagaq on Split Tooth

Ms. LeGrande says she needed time to seek guidance. She did not respond and the collective took their objections to the Manito Ahbee Board of Governors, the body which oversees the IMAs ceremony.

“We don’t presume to agree or disagree on this matter at this time, as it requires great reflection, ceremony, and discussions on how we move forward in a good way,” the board expressed in a press release. Nevertheless, they decided that LeGrande’s nomination would stand.

Following the board’s decision, several Inuit artists, including Ms. Tagaq, declared their intention to boycott the awards. The Arnaqquasaaq Collective created a Twitter account where they made only one post: a one-page written statement that reads, “For us, having non-Inuit perform katajjaq [Inuit throat singing] is just as unimaginable as having a group of arnait [Inuit women] sing round dance songs, or do jingle dress dancing.”

In response to their critique, the Manito Ahbee board announced their intention to add an Inuit board member at the next opportunity and to develop a policy on cultural appropriation. “While it is unfortunate that a handful of musicians felt they had to take this step to be heard, we were listening and taking their concerns seriously before they called for a boycott,” board member Lisa Meeches wrote in an e-mail statement.

For their part, the Arnaqquasaaq Collective asserts in the statement on Twitter that “Arnaqquasait (Arnaqquasaaq members) are the foremost practitioners & authorities of katajjaq [throat singing] in Inuit society. Like many Inuit cultural practices that were nearly lost, it is important that Inuit are given the time and space to reclaim what has always been ours so that our society restrengthens & heals from colonial wounds.”

Ms. LeGrande considered withdrawing, but the IMA Board of Directors would not retract her nomination. “I am almost willing to do that, to drop out, if it comes down to this kind of stigma,” says Ms. LeGrande. ”Throat singing is a small portion of my music. It doesn’t take the lead.”

"I’m praying and chanting in that moment, pulling sounds from my spirit connected to the spirit world, and trying to interpret these sounds that are coming through my body” says Ms. LeGrande. “To me, that is a skill. It’s no different than when you go to powwows and you hear our men and our women that wail ‘hi-yaws,’ in our language.” She admits that she knows little about Inuit culture or history. “I would never claim to be Inuit or to do Inuit throat singing. I don’t know their songs or their stories.”

Rolling Stones concert in Ontario back on for June 29 Subscriber content
May 16, 2019 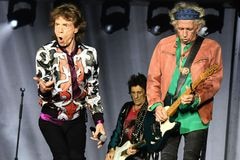 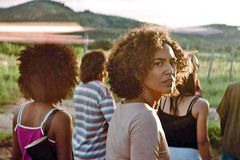 Neil Young in Vancouver: A greatest hits solo show that will bring you to tears (plus a side of Elvis Costello) Subscriber content
May 15, 2019 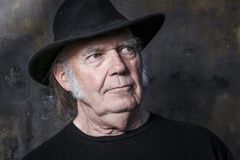