Only after finally seeing the world premiere of Tapestry Opera’s latest brand-new opera, Jacqueline, is it crystal clear: Jacqueline du Pré is a perfect opera heroine. Even if her life is presented in the series of glimpses we get in this biographical work by Luna Pearl Woolf and Royce Vavrek, there’s still an opera-sized thrill in the story of an ambitious and unique woman whose career – whose true love, really – is stamped out before the age of 30 with a diagnosis of multiple sclerosis.

It’s great tragedy, this opera. Du Pré becomes a character distilled into snapshots: the young girl boasting to her mummy that her cello isn’t too big, the 20-year-old woman caressing the vinyl on her first recording of Elgar’s Cello Concerto, the delighted lover in the lusty beginning of her marriage to Daniel Barenboim, the professional cellist in love with her life. And inevitably, the strange acceptance of her illness, which came only after the acute fear and confusion of a woman in her 20s losing dexterity, eyesight and memory. The heights from which Jacqueline du Pré fell – or from which she was pushed – are operatic in scale.

And Tapestry Opera’s latest offering is a firm success. On paper, Jacqueline is smart. It’s for one singer and one cellist – a dream for a producer on a budget. Yet like any memorable world premiere, the opera feels beautifully enmeshed with its debut creative team. American soprano Marnie Breckenridge creates the title role, and in one of opera’s great moments of fortune, she not only looks uncannily like du Pré, but she sings extraordinarily, with an ease that belies the significant demands in Luna Pearl Woolf’s score. Big, striking British accent, bell-like ring over an enormous range and personality spilling from every note, Breckenridge’s performance is organic and improvisatory. She makes us like and understand this du Pré, whisking us away on her exhausting highs and lows and cinching Jacqueline’s place as a new opera with real legs.

There are in fact two characters in this opera, and the second is Jacqueline’s cello. Cellist Matt Haimovitz is on stage for nearly the entire work, mirroring Breckenridge as both a musical and dramatic element. Brilliantly, his textless character has an arc; Jacqueline’s cello is her best friend, her big love, the part of her that stays constant and capable. When her illness gets bad and she’s left alone, her husband away on his own world concert tour, her cello is there to absorb all of her emotions. Haimovitz and Breckenridge create a meta relationship, a love between human and object that’s hard for many to understand, that seems to evoke a hint of pity for du Pré and a profound respect for what it means to be a professional musician.

What’s most striking about Jacqueline, and its direction and dramaturgy by Tapestry Opera artistic director Michael Mori, is how its elements are wholly integrated. Vavrek’s frugal, evocative text seems to inspire the lyric ebbs and flows of Woolf’s score; one cannot be pulled from the other without both losing all meaning. Neither can the design be pulled from the piece, so clear it is in its depiction of du Pré’s only real home, onstage and flanked by an orchestra. In an eerie, Michael Levine-esque descent into chaos, Camellia Koo’s sets and Bonnie Beecher’s lighting turn a classic concert scene into something scary and unnatural – as Jacqueline would have no doubt felt as her MS became advanced.

Jacqueline is the thrilling result of real simplicity, the kind that only comes from starting with more – more life details, more words and music, more emotional peaks – and stripping away the inessential to reveal a moving story free from ego. It’s an extraordinary piece, one that deserves an unquestioned place in the 21st-century canon.

For an opera fan, Kamouraska is a rare gem
Subscriber content
February 17, 2020 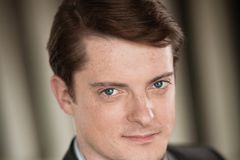 The COC stages a thrilling Barber of Seville with a star-studded cast
Subscriber content
January 20, 2020 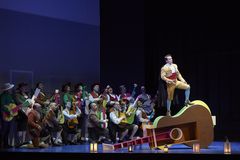 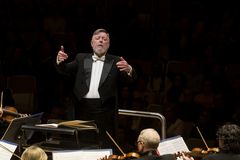