Since 2014, Tapestry Opera has included in its season line-up the experimental series called TAP:EX. Short for Tapestry Explorations, the series has a goal of redefinining opera and prodding at its boundaries. Is opera still opera if it’s blended with turntables? Or punk music? Or Persian hip-hop? Or with technology and artificial intelligence, as posed in the current instalment of TAP:EX, dubbed Augmented Opera?

Admittedly, TAP:EX has an irksome habit of retreating far into its questioning: What is opera? What if it were something else? What is something else, anyway? But to date, the results of the series have been engaging and unlike anything audiences will see elsewhere. I woke up the morning after Augmented Opera still thinking about what I’d seen, and that’s always a sign that something’s got its hooks in you.

The finished product, a roughly 40-minute bit of multi-sensory stimulation and audience participation, is a compact piece of success. Benton Roark’s music evades labels, but nods audibly to Philip Glass, Richard Strauss, Thom Yorke, Moby and J.S. Bach. And though it seems odd to consider organicism here, Roark’s sound palette, shared by acoustic and electric instruments, is a perfect fit for the venue: Sidewalk Labs on Queen’s Quay, the home base for the controversial Sidewalk Toronto urban development set to hit the city’s waterfront.

As a piece of theatre, Augmented Opera is like a live, low-stakes episode of Black Mirror. Director Debi Wong doubles as the representative from Elysium, a near-fake company that’s in the business of bespoke afterlives. In her TED-Talk-of-the-near-future sales pitch, Ms. Elysium posits some queries. What if, when we die, there really is a “heaven”? And what if “heaven” was a curated collection of our happiest memories, filtered of any whiffs of guilt or bad moods that might have spoiled them at the time? Would those fond memories really add up to an eternity of bliss? Or are we humans actually terrible at identifying when and where we are most happy?

And so we watch as Eurydice (mezzo-soprano Lauren Segal), the well-named audience plant, enthusiastically volunteers to try out the Elysium experience. Rather, we start off by not watching, dutifully donning the blindfolds given to us at the door. Roark’s music envelops, and we start to get sensory flashes of memories – Eurydice’s? Someone else’s? Smells of matches and college-dorm incense waft by, and we hear things: church hymns, babies’ coos, even a recited line or two from Goodnight Moon. It all goes on for long enough to get into the whole thing, and to make the unsettling note that most of these so-called happy memories seem to come from the first half of one’s life.

Once the blindfolds come off, we watch as Eurydice relives two different memories simultaneously, her past selves embodied by fellow singers Vanessa Oude-Reimerink and Lyndsay Promane. Oude-Reimerink, with her bell-like soprano, seems a young, happy Eurydice, herself and her bed draped in flowers and soft pink light; dark-voiced Promane is a Eurydice of another time, sat on the same bed but lit coldly in greys and blues, her unsettled, pained posture the sure sign that something has gone wrong between these two memories.

For these three women – Eurydice now, then and even then – there’s gorgeous Straussian vocal writing by Roark. Their voices wind around each other to remind us that they’re one person and spread themselves out over a huge range, like an aural representation of the emotional rollercoaster that is a single life. I only wish I could understand more clearly what everyone was saying. I’m not even sure that I’m correct in my takeaway from the night’s drama, and I’m positive I’m not sure why one Eurydice is so joyful and another is so desolate. It’s a side-effect, often, of choosing venues that aren’t built with performance acoustics in mind; it’s neat in concept, but it makes for extra work in execution.

Augmented Opera is one of those operatic events that offers points of entry for the average listener, particularly those who don’t usually go to the opera. The Sidewalk Labs space feels less intimidating than a real-deal theatre, and the show’s themes of technology, artificial intelligence and digital immortality are certainly on-trend. It must be said that Augmented Opera retains what is special about opera: excellent, unamplified voices and the storytelling practices of live theatre. It’s this integrity that makes for a successful fusion with technology – one that doesn’t overshadow, but actually augments. 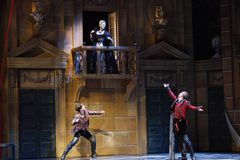 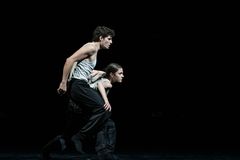 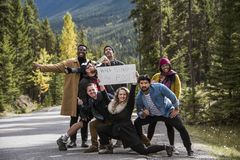