Album of the year goes to Haviah Mighty, for 13th Floor

Some buildings are missing a number between the 12th floor and 14th floor. And some rooms have elephants in them. With her outspoken Polaris Prize-winning album 13th Floor, Haviah Mighty, a female rapper of colour, went there. Her $50,000 cheque from Polaris represents a win not only for the brash emcee from Brampton, Ont., but a victory for hip hop music and the marginalized. In addition to her solo career, Mighty was a member of the Sorority, but that all-women hip-hop collective has called it a day. One gets the sense that Mighty, free to concentrate on her solo career, is just getting started.

Rolling Stones rocked Burl’s Creek and Roxodus was a wreck

On a lovely late-June night in bucolic Oro-Medonte, Ont., a skinny, sequined septuagenarian with a funny accent sang that his name was called “Disturbance.” He was Mick Jagger, lead singer of the Rolling Stones. He led the band in a superb show of memorable hits for the enthused fans who packed a field to see the Street Fighting Man blast from the past. Making as much noise as the Stones was the news, two weeks later, that the inaugural Roxodus Music Festival in nearby Edenvale, Ont., had been cancelled. The four-day event was to feature Aerosmith, Kid Rock, Nickelback, Blondie and more, but organizers ran out of money before the festival could happen.

Drake wants it both ways

The hip-hop superstar smashed streaming records in 2018, but may have been more newsworthy in 2019. After declining to perform during the Grammy Awards ceremony, in a protest of the Recording Academy’s problematic track record with hip hop and artists of colour, Drake showed up to accept his statuette for best rap song and to deliver a pointed acceptance speech. “If there’s people who have regular jobs who are coming out in the rain, in the snow, spending their hard earned money to buy tickets to come to your shows, you don’t need this right here," the God’s Plan rapper said, referring to trophy-based validation. "I promise you, you already won.” This fall, Drake announced news of his collaboration with a pot production company, was up to cheer-leading shenanigans at his pricey courtside Raptors seat at Scotiabank Arena, showed off the marble interior of his Bridle Path mansion on Instagram, bought himself a 22-carat heart-shaped ring to celebrate his 33rd birthday and flashed conspicuous spirituality by unveiling his new brand of sneakers: the Nike Air Max 97 “Jesus Shoes,” filled with holy water from the River Jordan and scented with frankincense. The kicks retail at $1,425 but fetch much higher prices on the resale market. Just another year in the life of a guy who wants to be The Man and the man of the people at the same time.

Song of the year: Senorita, by Shawn Mendes and Camila Cabello

The young pop star didn’t convert his two Grammy nominations into trophies in February, but cleaned up at the Junos in March. The pride of Pickering, Ont., Mendes was judged artist and songwriter of the year, with his eponymous 2018 LP taking top-album and best pop-album honours. The emotive hit In My Blood won as the Juno top single. In January, Mendes will be back at the Staples Center in Los Angeles as a nominated artist with Camila Cabello for their collaborative single Senorita. Responding to media cynics, Mendes has publicly stated that his romantic relationship with the Cuban-American singer is “definitely not a publicity stunt."

It was more than just Another Brick in the Wall

Based on Pink Floyd’s conceptual rock album The Wall from 1979, Another Brick in the Wall: The Opera by Canadian composer Julien Bilodeau made its Toronto debut late this year. As impressive as the operatic adaptation is, I was just as entertained when the Toronto melodic rocker David Celia presented the music of the Pink Floyd double-LP as a solo-acoustic concert at Hugh’s Room Live supper club in November. Celia’s version was charismatically rendered, complete with my waiter unexpectedly contributing the spoken word parts of the album near my table. “If you don’t eat yer meat, you can’t have any pudding," the young man shouted, his accent, tone and timing spot on. My response? I made sure I finished my beef tenderloin before I ordered dessert.

Andy Kim was rocked, not so gently

The Montreal-born Kim, known for hits Sugar, Sugar and Rock Me Gently was inducted (along with Bobby Curtola, Chilliwack and Cowboy Junkies) into the Canadian Music Hall of Fame at a ceremony that took place at Calgary’s Studio Bell on Oct. 27. This summer, however, Kim learned some of the master recordings of his music were likely destroyed in a fire that happened at Universal Film Studios in 2008, but that only became fully reported on when the New York Times ran a devastating piece on the full implications of the blaze in June. “When I heard about the extent of the losses, I felt my childhood had died,” Kim said of the fire that put a massive archive of analog audio master tapes belonging to Universal Music Group in jeopardy. A full accounting of the losses has still yet to be made, but other Canadian acts possibly affected include Paul Anka, Nelly Furtado, Joni Mitchell, Buffy Sainte-Marie, the Tragically Hip, Neil Young and Bryan Adams.

The 10 most overlooked, underrated and unfairly dismissed movies of 2019
Subscriber content
December 16, 2019 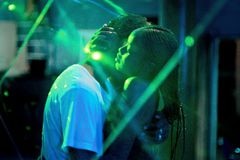 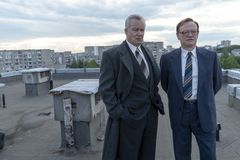