Now that the Metropolitan Opera, along with most of the globe, has shuttered its doors in response to COVID-19, those seeking their fix of the performing arts can be consoled by the company’s just-launched Nightly Met Opera Streams. The Met has announced that it will remain closed through March 31, and until then it is offering encore presentations from its Live in HD archives. Each day, one production will be available for 20 hours on the Met’s homepage, beginning at 7:30 p.m. EDT.

Live in HD has been a part of the Met’s season output since 2006, and screen-tailored productions have already carved out a definitive corner in modern operatic history.

The series kicked off on March 16 with Carmen, an opera that’s in and of itself a hit with the public’ and this production by Richard Eyre, originally broadcast live in 2010, paired Elīna Garanča in the title role with Roberto Alagna as Don José and marked the MET debut of the company’s current Music Director, Yannick Nézet-Séguin. This Carmen is a wise nod to the last ten years of MET output, setting a high bar for the week’s worth of opera picks and a boding well for a nice break from Netflix. The second week’s line-up has just been announced, and it’s entirely made up of Wagner – all four operas from his epic Ring Cycle are set for March 24-27, plus Tristan und Isolde (Mar. 23), Tannhäuser (Mar. 29) and Die Meistersinger von Nürnberg (Mar. 28). I recommend it all.

This current week is where you’ll find more variety, and if you’re looking to prioritize, I have some favourites.

Verdi’s Il Trovatore, scheduled for March 18, is an easy choice. The broadcast is from October 2015, when David McVicar’s production (2009) was revived with a star-studded cast: Anna Netrebko as Leonora, Yonghoon Lee as the titular troubadour Manrico, the venerable Dolora Zajick as the gypsy Azucena and the late Dmitri Hvorostovsky as the Conte di Luna. This production, not even five years old, comes with layered history. The opera itself is an Everest of sorts for its singers – Arturo Italian conductor Toscanini said it required “only the four best singers in the world” – and it is the source of one of opera’s most famous tunes, the so-called Anvil Chorus. To see Hvorostovsky in this Trovatore is particularly poignant; this 2015 performance marked his return to the Met after announcing just months prior that he had been diagnosed with a brain tumour. He passed away from brain cancer in November 2017.

In lighter fare, there’s Donizetti’s La Fille du Régiment on March 20, originally broadcast in April 2008. The opera is a comedy about the long and winding road to love between a military brat named Marie and the dashing foreigner Tonio. But do not make the mistake of seeing Fille for its plot; this performance is about Natalie Dessay and Juan Diego Florez. Dessay as Marie is in her prime as a true singing actor, a comedienne with the extraordinary vocal chops that this role demands; even 12 years later, that combination is rare. And Florez’s delivery of Tonio’s aria, “Ah! Mes amis” – famed for having nine high Cs in it – produces extra goosebumps. Where most tenors strive for one solid C in an evening (and many never quite make it), Florez lobs all nine with fascinating ease; his lengthy, roaring ovation is well earned – and a real Met moment.

If catharsis is to be found at the opera – in the truest sense of the word, by watching a man become more miserable than ourselves – it is in the Met’s Eugene Onegin (March 22), first broadcast in February 2007 in what can be considered an iconic combination of singers, conductor and production team. Under maestro Valery Gergiev, two utter stars – Renee Fleming and Dmitri Hvorostovsky – lead the cast in the roles of Tatiana and Onegin. As a pair, they balance operatic celebrity (Fleming) with the kind of cultural connection (Hvorostovsky) that gives dramatic clarity to Tchaikovsky’s score and Pushkin’s titular character. This Onegin is one of the first signature productions by Canadians Robert Carsen and Michael Levine, and is immediately recognizable in its looming, minimal aesthetic that draws the eye straight to the opera’s characters. Though not old, this production is historic; among opera circles, it is lovingly known as the one “with the leaves.”

Even as an opera fanatic myself, it takes some mental finagling to place the arts – and niche fine arts, at that – among the priorities of a society reeling from fear and threat. On the topic of making music after tragedy, Leonard Bernstein said, “This will be our reply to violence: To make music more intensely, more beautifully, more devotedly than ever before.” It is certainly idealistic, and perhaps not the right fit for a COVID-19 pandemic; yet when there is still room for the arts, live or otherwise, it speaks of a significant level of societal health. And in the tapestry of institutions that will help us through all of this, the role of the arts has become important care for the mental well-being of a population in self-isolation.

Getting one’s opera fix may seem like icing on top of icing, but let us not ignore the message of hope found between high notes. 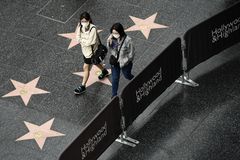