Hank Snow’s been everywhere, man, but has he been to Iqaluit and Pouch Cove, N.L.? The Ensemble Made in Canada has, with remote outposts such as Yellowknife and Sechelt, B.C., still on the road ahead for the piano quartet.

For the past year, the chamber ensemble has toured the country with a concert featuring commissioned works representing Canada’s 13 provinces and territories, plus one piece for an Indigenous region. A diverse lot, the 14 composers involved include Acadian indie rocker Julie Doiron, Hamilton-born jazzer and Steinway enthusiast David Braid, eclectic Albertan composer Vivian Fung, double-bassist Andrew Downing and the cabaret-inclined Sarah Slean.

“It’s a big project and we loved the idea,” ensemble violinist Elissa Lee says, calling from the road. “But we were innocent and green. The amount of work was a bit of a surprise.”

Dubbed Mosaïque Project, the initiative consists of not only the commissioned suite of piano quartets and the national concert tour that culminates in early 2020, but also an ambitious website that showcases audience-generated artwork inspired by the musical commissions. The aim is to celebrate the diversity and richness of Canada through the eyes, ears and harmonic notions of its people.

Every little thing it does is magic: A revered sound board and its Toronto fate

Folk legend Steve Earle keeps faith with the new, while paying tribute to the old

The whole thing was inspired by Canadiana Suite, Oscar Peterson’s hard-swinging home-country tribute from 1964. To fund the project, the ensemble – comprising Lee, pianist Angela Park, viola player Sharon Wei and cellist Rachel Mercer – applied for, but was denied, a Canada 150 grant. “It was kind of crushing for us,” Lee says. Undeterred, they decided to go into the red to make the project happen. (As it turned out, grants from the Toronto Arts Council, the Canada Council for the Arts and the Ontario Arts Council added up to more funds than the sesquicentennial money would have amounted to.)

Beyond the monetary challenges, Lee and her quartet comrades faced musical tests as well. “It was exhausting and challenging to learn,” Lee says about four-minute pieces that include Darren Sigesmund’s PEI-inspired Kensington Ceilidh and Slean’s Johnny Pippy of Pouch Cove, on a Bicycle at Dawn. “These were 14 different languages, compositionally and sonically. There’s a lot of detail that went into understanding each of these mini pieces.”

The suite will be recorded by the ensemble in August at Toronto’s Glenn Gould Studio, with plans to release an album in advance of one of the tour’s final performances, at First Ontario Performing Arts Centre, in St. Catharines, Ont. The concert will be available online via international streaming service Stingray. In the transcontinental spirit of Peterson’s Canadiana Suite and Gordon Lightfoot’s Canadian Railroad Trilogy, the making of Mosaïque Project has been a trip for the ensemble in more ways than one.

“There’s a beautiful lineality to the piece,” Lee says. “There’s a feeling of travelling the country. You’re getting different flavours, impressions and outlooks, from 14 different voices.”

The Ensemble Made in Canada performs the Mosaïque Project suite at the Victoria Summer Music Festival on Aug. 6. 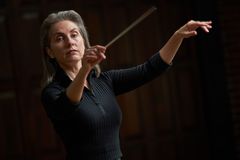 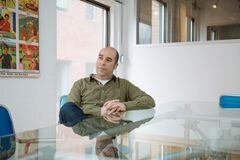 Artist Daniel Mazzone on his rise from the streets of Toronto to an audience with the Pope at the Vatican Subscriber content
April 24, 2019 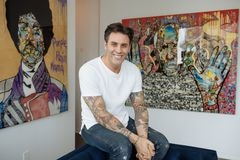