To hear Brian Blade’s wisdom, you have to be listening hard.

Luckily for me, I’ve been listening – for 20 years now, following the Louisiana musician and bandleader from record to record, absorbing music delivered on CDs and podcasts and sketchy YouTube clips, and the odd, glorious live performance. Half a life for me, and in those years Blade has been teaching lesson after lesson about how to make art and, to my ears, even how to live.

But, again, you have to listen closely. My first introduction to the drummer came when I bought the CD of Brian Blade Fellowship in 1999. The album opens with a wash of steel guitar, pierced by pinched arpeggios and harmonics from an electric guitar. As for the man with his name and face on the cover, the composer, where is he? He announces himself gradually – a light sprinkling across the ride cymbals and a scatter of strokes on the snare; the playing builds with the bass and piano and horns, into a swell and a gutshot drum flam. And then everything settles back down again, for the moment.

The Enthusiast: Reading and getting to know my late mother-in-law, arts critic Carole Corbeil

For me, a student flirting with playing drums and music, it was a revelation: music that wound its way into the space between jazz, rock, gospel and folk. The Fellowship, the band Blade leads with long-time friends and collaborators, lives in that border country.

Which, it must be said, is a weird place for a gifted jazz drummer. Schooled in New Orleans, La., Blade certainly has a place in the world of jazz – he’s found his way to the top, playing increasingly adventurous music with the master Wayne Shorter since 2000. Yet, his most personal work, with the Fellowship, is tightly composed and heavily song-oriented. The tunes – written mostly by Blade – tend to be slow and atmospheric, heavy on the harmonies and straightforward in their rhythms. There’s not a lot of room for showing off or flexing of muscles.

None of that matters, because the Fellowship’s music is all about listening, an exchange of musical ideas, and above all, feel. Blade is the master of feel.

To witness this, like I said, you need to listen hard. In a practical sense, Blade music is rare. The Fellowship has only released five albums in 20 years, and the past two albums are slight. They are beautiful, but they’re mood music. It is live that the band, and Blade, really unwind their improvisatory spirit; pianist Jon Cowherd and bassist Chris Thomas conversing with saxophonists Melvin Butler and Myron Walden.

My favourite example is Stoner Hill, a folksy little tone poem Blade wrote thinking about his high-school days. In a radio station session from 2009 that’s up on YouTube, the band plays through it and a camera’s entirely on Blade.

Look at him: Seated behind his half-century-old Ludwig drum kit and ancient Zildjians, his lanky figure clad in a sweater and collared shirt, Mr. Blade starts off looking soberly, appearing ready to pray as much as to play. He kicks off a swaying 6/8 with his brushes – one two three, one two three – and the band moves forward stately to present the theme. Soon, Mr. Blade switches to his sticks and, about halfway through, loosens right up; he shares a smile with bassist Thomas and all of a sudden he’s swaying back and forth, landing a playful punch to his tom on an off-beat, and Blade goes off. At a climax of the song, he almost rises from his stool, a joyful grimace on his face as he punches out some fortissimo notes – taking the sober atmosphere and shredding it with a cry of intense emotion that lasts an instant and then fades.

Am I overreaching here? I don’t think so. This is a little tune that could, in other hands, serve as background music. The drumming in particular might be totally forgettable. But Blade – as composer – wants to set a mood. Then, Blade – as bandleader – produces it, with his old friends. And finally, Blade – as musician – does very little, very well, until it’s exactly the right moment to open up the blast furnace.

There’s no question he can bring heat whenever he likes. Blade is a master technician; when I listen to him playing straight-ahead jazz, I hear a musician who can play with total fluency and total control, at skittering quick tempos and (just as challenging) glacially slow ones. In interviews, he’s often cited among his heroes John Coltrane and drummer Elvin Jones, who defined new territories in jazz along with Coltrane 50 years ago. You can hear Jones in Blade’s phrasing and his touch – a loose swing that constantly implies other rhythms.

I heard this last year, when I took a friend to hear the Wayne Shorter Quartet. Wayne Shorter, now in his 80s, is going ever farther out to sea aesthetically; he and his incredible band are constantly pushing conventions of harmony and rhythm. Right in the middle was Blade. He’d whisper away with the other musicians for minutes at a time, then explode with a phrase that pushed him out of his seat, coming at his drum set with sideways strokes that almost knocked them over. “I couldn’t take my eyes off him,” my friend said afterward of Blade. “I could watch him all day.” Me, too. This was a person being moved by something big.

But equally often he uses his simplest tools in the service of a pop song. Sometimes, the results (as with Norah Jones) are too bland for my taste; sometimes (as with the singer-songwriter Iron & Wine’s Ghost on Ghost album), they hit just right. But Blade never plays a bad note; listening to him in whatever context, I get all the oomph and delicacy I could want.

And this is why I can’t help seeing some larger lessons in his music.

For Blade, the son of a Baptist minister, the presence of God is explicit. He is a Christian and a devout person. I’m neither. But he’s spoken often of his music as an offering. And whatever he’s playing, I hear the same attitude of joy, humility and total commitment.

I don’t share Blade’s faith and I can’t match his earnestness or his positive energy. Sometimes when he’s playing, I can’t even understand just what he’s doing.

New
The Enthusiast: Reading and getting to know my late mother-in-law, arts critic Carole Corbeil
July 23, 2018 The Enthusiast: The powerful messages in today’s pop anthems are far outstripping those of the past
July 14, 2018 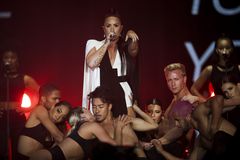 The Enthusiast: The 81-year-old female-centric Stage Door could teach modern producers a thing or two about #MeToo
July 7, 2018 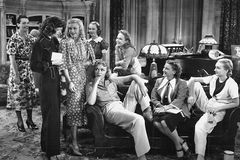