Rob Baker couldn’t believe his eyes. Yet, there it was in The New York Times. The Tragically Hip listed alongside Billie Holiday, Chuck Berry, John Coltrane and hundreds more, victims of a Universal Studios backlot fire a decade earlier that destroyed thousands of irreplaceable recordings. How had he, the band’s guitarist, not known about this?

A flurry of phone calls and frantic emails soon followed. And, while the Times report turned out to be false (the majority of the group’s master recordings had luckily been moved to Canada), the experience ultimately incited what drummer Johnny Fay now calls an “archaeological dig to discover who owns the Hip” – an exhaustive search that, two years later, finally bore fruit in the form of Saskadelphia, the first new release by the group since the passing of its iconic lead singer, Gord Downie. It will be released starting midnight May 21.

The collection, which features recordings originally intended for the group’s landmark sophomore album, Road Apples, indulges in some revisionist history. In offering a heretofore unreleased snapshot of the Hip at the height of its sonic virility, Saskadelphia resurrects not only the original title of the album, rejected by the U.S. label for being “too Canadian,” but also unearths a clearer picture of the band’s original vision.

Moreover, for the band members, the journey of rediscovery represents something altogether more personal.

“We’ve been grieving Gord every day,” Fay says. “This gave us a chance to focus our energy on a single project again.”

He continues: “These songs are part of our legacy. If we don’t present now, before we’re all gone, it’s going to be somebody else’s task and we felt we have to be the ones to tell this story.”

Over six tracks, Saskadelphia documents the raw energy, vitality and whip-shot execution that were the hallmarks of the Hip’s early 1990s output and live performances. In step with the era, Baker’s nimble playing has a starring role, but it’s Downie’s full-throated swashbuckling vocals that steal the show. Bassist Gordon Sinclair recalls hearing Ouch and Not Necessary, the album’s riff-heavy opening tracks, for the first time in 30 years and feeling “emotions that are hard to put into words.”

For Sinclair, Saskadelphia’s six tracks are a snapshot of a band on fire. Recorded live off the floor in Daniel Lanois’s New Orleans mansion by Traveling Wilburys producer Don Smith, the propulsive, tourniquet-tight tracks reflect the intensity and unity born of the Tragically Hip’s never-ending tour schedule.

”We were young and dumb enough to be playing five, six nights a week. Burning it at both ends,” Sinclair recalls of the time leading up to the recording. “We were also learning how to write and play off each other. Gord in particular was really coming into his own – not only as a lyricist but as a journalist, kind of chronicling our travels.”

By the time the group arrived in New Orleans, the Hip informed Smith they had 20 tracks ready to go. Smith, in turn, attempted to capture lightning in a bottle.

”It was all music all the time,” Fay says. “We were just like Secretariat trying to come out of the starting gates on every track.”

Inspired by the “vibe, both of the mansion and the city,” Smith asked the group to “empty the cabinet,” recording every track in their arsenal and producing a glut of options. It is somewhat surprising that 30 years later so few of the tracks have survived, each with its own reason for initially landing on the cutting room floor.

“After we finish making a record we don’t go back to it,” Sinclair explains of the group’s process. “We never played the songs [after we recorded them] so they just sat there in a time capsule.”

By the time Baker contacted the rest of the group about their potentially vanished master recordings, most had written them off as lost to the annals of history. But with Road Apples celebrating a 30th anniversary this past February, Fay reached out to a friend of a friend who worked as a lawyer for Universal Music to try to track down the original recordings from the 1990 sessions.

Eventually, Fay’s dogged detective work led him to “several Iron Mountains throughout Toronto,” as well as “various vaults” throughout the U.S.

Assembling the reels, Fay found not only tracks he recalled recording with the intention of inclusion on the album – live staples such as Ouch, Not Necessary, Crack My Spine Like A Whip and Just As Well – but also what the band believes is the only recording of one of their earliest originals, Reformed Baptist Blues.

“That predates even our first EP,” Sinclair says. “I honestly didn’t remember recording it.”

As exciting as discovering the tracks was, however, the group was disappointed that another of the album’s lost tracks, the emotionally tender Montreal, written in the wake of the École Polytechnique massacre of 1989 and told from the perspective of a mother identifying the body of her daughter, hadn’t been found. Despite the lack of original recording, the group decided to include it on Saskadelphia as a live version, performed in Montreal in 2000 on the anniversary of the shooting. In performance and posterity, it’s a fitting emotional apogee and an important addition to Downie’s canon as Canada’s unofficial poet laureate.

“Boy, does it ever encapsulate Gord’s advancement as a lyricist,” Sinclair says of the track’s inclusion. “He just captured the spirit of how we were all feeling.”

Viewed in the context of the group’s career, Saskadelphia is indicative of a new, more legacy-minded era for the Tragically Hip.

After a hiatus in which they declared they were retiring in name, the band, with the blessing of Downie’s brother Patrick, now consider themselves a going concern.

“We might not be a touring band anymore,” Sinclair says. “but this serves to reinforce that notion of ourselves still being a band. In fact, I think it’s brought us even closer together.”

‘The ghost in the machine is the purity’: Legendary console finds an unlikely home in Toronto
Subscriber content
March 13, 2020 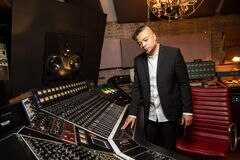 Patrick Stewart on what brought him back to Star Trek, and Picard
January 23, 2020 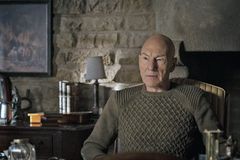 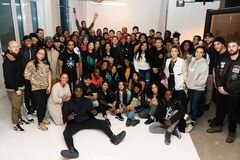