The Toronto Symphony Orchestra has announced its 2021-2022 season – a live, in-person one that will also be Gustavo Gimeno’s first complete season as music director.

It is set to begin on Nov. 10, with Anthony Barfield’s Invictus, a piece for brass ensemble inspired by the COVID-19 pandemic and the Black Lives Matter protests, and then continue with concerts that gradually get bigger and bigger – in length, in audience, in number of musicians – until the TSO reaches Ode to Joy in Beethoven’s Ninth Symphony in June, 2022.

The Globe and Mail’s J. Kelly Nestruck spoke with Maestro Gimeno, who is also music director of the Orchestre Philharmonique du Luxembourg, over Zoom while he was in his home town of Valencia, Spain, where he was visiting his mother.

This season marks the TSO’s return to the stage – but you’ve been able to conduct in Europe a number of times during the pandemic.

Every time I had the chance to conduct, it felt so precious – more than ever before. I don’t mean even concerts, but every single session. Rehearsal also. The fact of having sounds around me, working together with musicians... There was a special energy.

Have you conducted a full orchestra in front of an audience?

I’ve done that in Luxembourg. Depending on the moment of the year, there have been variations from no audience/livestream; to having only 100 people; to, in October, concerts for 500 or 600 people. In Valencia [with the Orquesta de la Comunidad Valenciana] in December, we played to half of the capacity of the hall – that has been the biggest I’ve done. What before felt half-empty now felt incredibly full.

Tell me about programming a season of music here in Toronto with so much still up in the air.

We have tried to be realistic in our anticipation of what we think is going to be happening next year. We are, in a way, careful in the beginning, but also hopeful there will be a transition back to the orchestra life the way we know it. Doing the first part of the season with fewer musicians, that parameter has made us also more creative in trying to find repertoire.

Give me a couple examples of repertoire you wouldn’t maybe otherwise have thought of programming.

The first half of the season is with a maximum of 50 musicians – so there are more brass pieces, or pieces for brass and percussion. Another example is Steve Reich’s Music for Pieces of Wood, which we are performing in one of the programs, or [Oskar Morawetz’s] Sinfonietta for Winds and Percussion.

You know, the Berliner Philharmoniker played that [during the pandemic]. It makes sense. Symbolic, but also philosophic. It had a new meaning.

In terms of new meanings, ending the season with Ode to Joy makes sense, but it also says to me: We’re not there yet. We’re still in a battle.

You’re quoted in the press release: “Our art form soars when we present more racialized, Indigenous, women artists and new works on our stages alongside Bach, Beethoven, Tchaikovsky and Dvorak.” Can you elaborate?

I think we live in a period in which instead of separating, we should integrate. There are dialogues existing there when you put pieces of different periods and different styles alongside. When I was in Toronto for the first times, I was very inspired by the architecture and also the multiculturality. If you take the architecture: New skyscrapers – and then you change street, you go to a totally different atmosphere. I had a feeling of this huge contrast – and, at the same time, it all makes sense as a whole.

What program are you most looking forward to conducting yourself?

I know this is a very cliché answer of a conductor: all of them. But, not to be excessively cliché: Mahler’s First Symphony, having previously had it in the program for a first concert of my tenure which couldn’t take place. A piece very close to my heart because I grew up as a kid listening to that because my father, who also was a musician, was studying it and played it often.

I watched an interview with you where you talked about how you would sort of conduct it as a kid in your living room.

Yes, I didn’t even know there was there were four movements. I just knew the last one and I thought it was so breathtaking and so emotional. It did something with me strongly and I couldn’t stop it – and I had to stand up and physically express myself.

Are you in that house you grew up in right now?

It looks like there are family photos on the wall behind you.

Yeah, that’s me. (Moves laptop to show the photos)

In your Nike sweatshirt! Adorable. You looked like the star of The Wonder Years. There are a lot of commissions in the new season – something like 13 world premieres?

There are pieces which are, I wouldn’t say more important, but bigger. We have four of them – three of them to Canadian composers: Zosha Di Castri’s [New Work for Soprano and Orchestra], which is featuring Barbara Hannigan; Samy Moussa has composed a symphony for for us, and the sediments from Emilie LeBel. There’s also a piece by Spanish composer Francisco Coll – someone extremely talented whose pieces have been already performed by important orchestras like LA Philharmonic, Munich Philharmonic and the London Symphony. There are also what we call “Celebration Preludes”: As we start to celebrate our 100th anniversary, [we will have] a total of 10 compositions – five of which take place in the 2021-2022 season – representing the different voices and backgrounds of Toronto, lasting about 3 to 4 minutes each.

Are you trying to compete with TikTok or something?

Is the idea that these are short compositions that can also go viral online?

I never thought of that. It’s a way of giving chances to young composers for their music to be played by a great orchestra – and also for us to get to know, and the audience to get to know, those composers. And eventually we might even develop a relationship in the future. Maybe the next time any of those composers composes for us is not three minutes, but maybe it’s a 12-minute piece or a concerto. 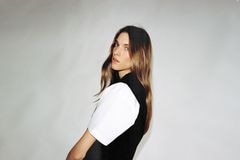 ‘They don’t hate it anymore’: YouTube and the music industry find peace, at least for now
June 13, 2021 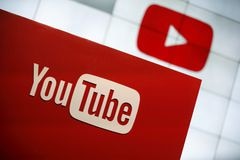