The Chinese concept of “Tao” translates to the idea of a specific path – a way of living and being in the world. For his new album, Tao, Toronto rapper Shad (aka Shadrach Kabango) drew on this notion of what it means to be human, finding our way forward through the ever-changing, often confounding world we live in.

Released Oct. 1, Tao sounds tailor-made for the pandemic era in its exploration of timely issues such as precarious work, being Black in today’s society, extraction capitalism, spirituality in a time of crisis and many other concerns pervading our collective consciousness. As it happens, the record was largely written and produced prior to the advent of COVID-19, but its sharp-eyed observations prove resonant at a time when many are rethinking the systems and inequities underpinning our current way of life.

“The consequences of the pandemic are sort of the logical endpoint of where these trajectories were already headed,” Shad says. “We just kind of hit fast-forward on that stuff. So it makes sense that the pandemic would highlight themes that I was thinking about.”

Now 39, married with two kids and with six albums to date in a 15-year career that has also seen him host CBC Radio’s q and the Emmy Award-winning documentary series Hip-Hop Evolution, Shad is a critically acclaimed veteran of the Canadian hip-hop scene. Over that time, he’s continued to hone his penchant for laser-precise storytelling that manages to deftly balance weighty commentary with his characteristic good-natured humour.

But the guy who was once known for parodying The Fresh Prince of Bel-Air theme song is now more likely to rap about conflict – both internal and external. If 2018′s A Short Story About a War was like a novella with a narrative through-line, Tao is more of a thematic cycle, with each song on the album addressing a different aspect of the human experience Shad feels we are losing touch with.

Just prior to the album’s release, Shad sat down with The Globe and Mail to discuss the inspirations and ideas behind some of the key tracks on Tao.

Lot of broken and lost souls on this planet of freaks

Supply and demand’s the only commandment we preach

“Out of Touch was produced by Ric Notes, who has been a major factor in my sound. He brought a real creativity and playfulness to the overall feel of the track, and I knew right away that this was going to be the song that was sort of the thesis statement. It felt fun and easy to listen to – very much what I think people like about my music. But at the same time, I could contrast that with some of the themes I wanted to get into on the album. It’s a song that could hold both of those things – soulful and positive, but that had room to go into some darker territory.”

I’m not a man, I am a workhorse

I am a part of the work force

“I knew I wanted to write a song about work because I was thinking about all these different parts of the human experience that are universal. And so work is a huge one – it’s a big part of how we define ourselves and think about our lives. It’s about how humanity is losing touch with work and how work has less and less humanity to it. The beat has an almost industrial feel to it, but also at points is very old-school – there’s a kind of playfulness to it. It was a bit of an experiment musically – I didn’t know if it would work, but in the end I really liked how it turned out to be quite different.

“At this point in my career, I feel totally free to say what I think, and also free to even just musically let the song be what it is. I don’t have other songs in my catalogue that have that kind of eighties old-school punk/hip-hop feel, but that was just the best way for me to express it.”

The weak ones seek the power

That the powerful seek to keep

Only those that don’t believe in power

Have the power that can lead to peace

“I was imagining these different parts of who we are – one of them was our relationship to anything transcendent, to any sense of the sacred. For me, spirituality has always been not about directing my gaze upwards, or away – it’s more about connecting to my truth and to other human beings. So I had the idea to ask my parents, who passed down our spiritual tradition, to ask them not about that, but about being a human being.

“There’s this sense that spirituality is about escaping life somehow – I think it’s the opposite. I think it’s about getting deeper into life and deeper in touch with humanity. I’ve learned so much from my parents, and so to have them speaking on the track, it’s like giving people what I got from them. It’s a piece of the puzzle I wanted to pin down in song form, and it came out in this layered way that I was really happy with. It’s about spirituality and religion, but it’s also about humanity and culture.”

And the proud ignore claims

We hate to force change

“I first had the idea for the chorus – ‘I can’t stand the storm’ – and the chord progression under it. The tune has a weird meter to it, so it feels a little off-kilter. And then the meaning of the phrase is quite open to interpretation.

“[Toronto singer] Phoenix Pagliacci is always my first call – she sang the chorus, it was perfect, and then the track kept playing and she started freestyling. She didn’t even pick up on the environmental overtone – she just went straight to the storms within herself.

“And then it had such a seventies feel to it that I wanted it to have some seventies-style poetry on it, and I thought, ‘George Elliott Clarke [former Toronto poet laureate] would be perfect if he’s into it.’ He wrote all this poetry – I said, ‘Just do a bunch of stuff and I’ll cut it and put it in different places.’ I didn’t know if it would work out, but it just slid in there perfectly. His stuff was so ethereal – everything he was writing about had to do with the land, but also so many other elements.

“I recorded my verse last – I like the feeling of me coming in late in the song [after Clarke and Pagliacci]; it’s disorienting in a good way. Listeners might think, ‘His name is on the album and he’s not even on this song two minutes in?’ [laughs] The collaboration is what made the song have all those layers of meaning I wanted it to have – I couldn’t have done that just by myself.” 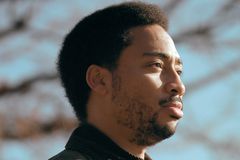 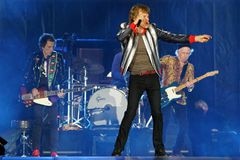 On his new self-titled album, Fleetwood Mac’s Lindsey Buckingham chooses the light over the fight
September 17, 2021 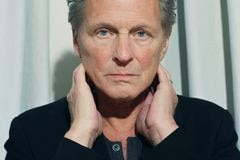