When it comes to artists getting signed to major labels, there is politics – and then there is politics. In 2004, the Cuban-Canadian singer-songwriter Alex Cuba recorded his first solo album, Humo de Tabaco. The big record companies wanted no part of him. That’s not true. They wanted half of him: the Canadian half.

“President George W. Bush had said that American companies couldn’t do business with Cubans,” says Cuba, born Alexis Puentes in the Cuban city of Artemisa in 1974. “So, Universal and Sony said no to me.”

According to Cuba, the prestigious Blue Note Records expressed interest in signing him but could not, because of Bush’s decree. So, he took matters into his own hands.

“If the mountain wasn’t coming to me, I decided to go to the mountain and create my own label,” says Cuba, speaking from his home in tiny Smithers, B.C. “Back then, people thought I was crazy. But today, many Canadian artists have the same model.”

The model has served him well, both financially – “I have no money issues” – and creatively. Next week Cuba heads to the Latin Grammys in Miami, where he’s up for two awards for his 2019 album Sublime. He’ll perform during the ceremony.

Before his flight, Cuba spoke to The Globe and Mail about a U.S. tour indefinitely postponed because of the pandemic, his multinational following and what a collaboration with Blue Rodeo meant to him patriotically.

Tell me about running a career out of Smithers, B.C.

It’s been wonderful for me. I’ve been in Canada 21 years. Four years in Victoria, and almost 18 in Smithers. People think to have a career in music, you need to be in a big city. The truth is, if you’re a creator, technology has given us wings to fly and do what we want. I write music with songwriters throughout the world.

After recording Blue Rodeo’s Bad Timing with Jim Cuddy in 2012, you said it was like getting your Canadian citizenship. What did you mean by that?

Blue Rodeo to me is the most Canadian band. To work with them is to know you have your feet on the ground in this country.

You had a big spring tour in the United States put off because of the pandemic, with shows at City Winery clubs in New York, Boston and Philadelphia postponed. How crushing a blow is that?

It was going to be solo tour, my first with a new agent who was putting me in front of the right people. I didn’t think much about the postponement at first. But then it sunk in. I was down for a long while. But then my creativity brought me back to life.

You mostly sing in Spanish. Where’s your fan base?

For live shows, Canada is my biggest market. I play 800-seat venues here. In the United States, I play 300-seaters, sometimes 400.

My biggest market is Mexico by far. You look at my Spotify numbers, I’m quite strong down there.

You’ve been nominated for Grammy Awards, and you’ve won Latin Grammy Awards. Is losing the former a bigger deal than winning the latter?

Ha ha! That’s a good question. Winning is always winning. However, if you look at the candidates with whom I’ve been nominated for the American Grammys, as we call them, I think you would take those as wins. No independent Latin musicians get to that place normally. Here I am up there with Ricky Martin, Shakira and all the Latin big hitters, all signed to major labels. But here’s Alex Cuba, from the middle of nowhere, on my own label, Caracol Records.

The major labels didn’t sign you when you first began your career. But after getting a Latin Grammy win in 2010 and a Grammy nomination in 2011, did the majors come back to you with offers?

The truth is, no. Friends told me my life would change. It didn’t though. It just added a couple of lines to my biography. Back then, the music business was changing. They weren’t making enough money to invest in new artists.

At least in ones who weren’t kids, right?

Exactly. I wasn’t 15 years old. I was in my late 30s. But I’m meticulous about my creativity. I have to put out exactly what I want to. On my own label, I have that freedom. I’m actually happy the major labels didn’t come. 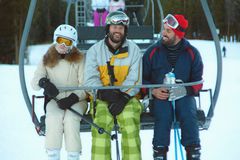 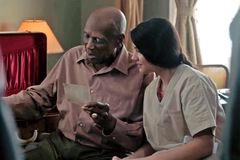 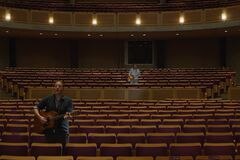