Gustavo Gimeno believes there are many Torontos. The music director designate of the Toronto Symphony Orchestra is used to moving between cultures. Born in Valencia, based in Amsterdam and as the music director of the Orchestre Symphonique du Luxembourg, Gimeno says Toronto “feels natural, as if I already belong to it.”

The maestro, whose position with the TSO was announced last September, only began conducting in 2012, having initially started his music career as a percussionist. Since then, he has been guest conductor with numerous prestigious outlets including the Cleveland Orchestra, the Boston Symphony Orchestra and the Mariinsky Orchestra. His opera debut (Bellini’s Norma) came in 2015 at the Valencia Opera House. He led a well-received TSO concert at Roy Thomson Hall this past June featuring Stravinsky’s popular Firebird Suite; it invited the question of how much he might pair classical hits with pieces less familiar to Toronto audiences. In an era where classical music is forced to compete with more mainstream entertainment, it’s a challenge to find the balance between popularity and artistry, particularly in North America, where the work of twentieth century composers is largely perceived as difficult.

How do you integrate your love of lesser-known works with your new job?

In starting to know the city, one thing has became clear: Toronto is culturally vibrant. So if we are the orchestra here, we have a duty in programming, to let people hear important works – not only the ones they love. For example, Tchaikovsky’s The Tempest has only been played once in the history of the TSO, in 1978. In such a city, how come we can’t program pieces like this one? Yes, there are more popular pieces, but there are many other works which are important, by composers like Ligeti, Messiaen, Lutoslawski – they have a place in history, and I believe we must present them to the audience.

The annual TSO New Creations Festival (since cancelled) was a showcase of new work; do you plan on using some of its ideas within your programming choices?

I don’t conceive of music by separating it in terms of origin or style. For me, both a new composition and a Baroque composition can co-exist in the same program. It’s all music, and sometimes it enhances one piece to hear it against the other, instead of presenting a whole program of new compositions. I’m aware of how successful that festival was and how many people loved it – it was extremely valuable for new work and for the very devoted people who would attend – but at this point in history we should integrate and not separate different types of music. The program this weekend is a good example: The piece by Connesson was composed in 2007, revised in 2009 and was a TSO commission. Very often when people are confronted by new works, they actually love them, but they should have the chance to listen. If we put on a separate festival they wouldn’t have that chance. Listening to music from different periods can be a very enriching experience.

How do you balance the desire to present new works with the demands of the box office?

It’s a question I often ask myself – indeed, it’s vital. There’s the pressure of having to sell tickets obviously, but I also think we have a responsibility. I’m not giving up my principles of what I think is right and belongs to such an important institution in the 21st century. When we announce our first season in February 2020, then we will start to think about the reaction of the audience and we will start our journey together, but the key word is balance. It wouldn’t make sense to me to exclusively present programs which are based solely on attracting people – then we are missing the point as an artistic institution.

How do you present works by contemporary composers without listeners being intimidated?

Sometimes when I’ve had friends at my concerts in the past, and in those programs there would be one piece, a famous piece like Debussy’s La mer or Mahler songs for instance, but in the same program there was also a new composition, and those friends said later, “I loved the new work the most!” But they would never have had the chance to realize what they can actually appreciate or what is there to discover without it. I think it’ll be a test and a challenge for TSO audiences, but I have a strong belief in them. I also believe there are certain things that should be done. Balance is key. 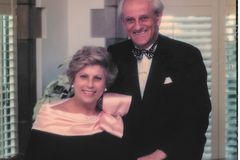 ‘Take on your own power’: The women who are rising to the musical podium
September 21, 2019 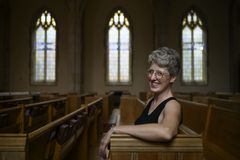 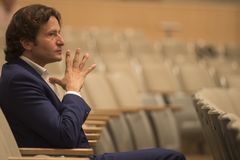