Toronto radio station JAZZ.FM91 cut four hosts this week, including two high-profile personalities who were on air every weekday, and has made changes to its board structure as the not-for-profit, listener-supported station grapples with the public relations fallout of an investigation into its workplace culture.

Jaymz Bee, a 16-year station veteran, and Mark Wigmore, the new morning host and senior arts editor responsible for the station’s arts coverage, were let go along with the weekend hosts Walter Venafro and David Basskin.

The departures follow the exits of Garvia Bailey, a former morning show host whose disappearance from the air in April prompted questions from listeners, and Dani Elwell, who left last year. The station has not told listeners the reasons for the women’s departures.

The station also let go of David Wall, the director of community outreach and education, and two other employees. Over the past five years, it has had an average staff size of just under 25 employees, according to federal filings.

“The station terminated 5 employees and 2 contractors [on Thursday],” said Charles Cutts, the station’s interim CEO, in a statement to The Globe and Mail.

“These decisions were taken very seriously by my management team to address competitive and financial pressures. The station valued the contributions each individual made over the years and did not make these decisions lightly. Put in context, our actions happened on the same day that Rogers Media terminated one-third of its digital content and publishing team. The industry is in challenging times.”

The sudden changes, which leave the station’s schedule drained of much of its previous on-air talent, coincided with a shakeup of the board, which saw Renah Persofsky replaced as chair by David McGown. Ms. Persofsky had only assumed the chair position in March, after Bernard Webber, the board’s long-time chair, stepped down during an investigation into the behaviour of Ross Porter, the station’s CEO and president, which was spurred by a letter written by a group of former and current employees.

Ms. Persofsky did not return a request for comment.

Last week, The Globe reported on the investigation conducted by the workplace lawyer Jennifer Mackenzie, who probed allegations that Mr. Porter had regularly subjected employees to sexual harassment and bullying. After Ms. Mackenzie submitted her report, Mr. Porter stepped down from his position as CEO and president, saying he wanted to spend more time with his family. He was given the title of president emeritus. He told The Globe the changes were not related to the investigation.

In a statement at the time, the board told The Globe: “Where the findings [of Ms. Mackenzie’s investigation] substantiated aspects of the complaint, the board has taken corrective action.” It did not directly address the reasons for Mr. Porter’s change of responsibilities.

Mr. Porter remains the host of a Saturday morning show on the station. His voice is also used for on-air identification breaks.

JAZZ.FM91 wrapped up its annual spring fundraising drive last weekend, telling listeners it had achieved its goal of $250,000.

Rogers lays off one-third of its digital and publishing employees
June 14, 2018 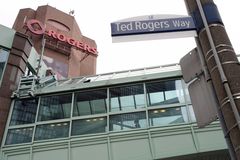 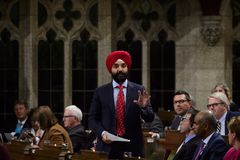