Although the record is 20 years old, Suzie Ungerleider still gets requests to play material from her debut album, Johnstown. It surprises her every time. Not because the songs are old or aren’t any good, but because they’re disturbing. Named after a town infamous for a devastating 19th-century flooding, the album (which lyrically refers to the watery tragedy only once) evokes a desperate Appalachian mood. The title track is a murder ballad about a prostitute killer.

“One eight-year-old girl I know, Johnstown is her favourite song,” says Ungerleider, who performs under the name Oh Susanna. “Sometimes I have to check in with the audience. ‘Do you guys want to hear this?’ They’ll cheer. ‘Really?’ They cheer again. I think, ‘Okay.’”

Ungerleider is celebrating the anniversary of Johnstown with an expanded, remastered version of the darkly themed and even darker-sounding Americana album. A lot has changed in 20 years – with Ungerleider, and in the music industry. For one thing, two decades ago, record labels weren’t releasing as many anniversary reissues as they are now. In 2019, nostalgia might be the only thing people are buying instead of streaming.

Musicians don’t make their money any more by selling music; it’s all touring now. Record labels used to be venture capitalists; today they’re hesitant to invest in young artists. A young Oh Susanna today might be as doomed as one her Johnstown female protagonists.

Another thing, Ungerleider isn’t the same person she was 20 years ago. That can’t be a surprise, but this might be: To her, Johnstown now isn’t what it was in 1999.

“Recently I started to realize that album is much more about Vancouver, where I wrote the record, than it is about some fictionalized place," says Ungerleider, born in Massachusetts, but raised in British Columbia’s biggest city. “The songs are more about what I was thinking and feeling than I was ready to admit at the time.”

Ungerleider, 49, is speaking in a west-end bakery, around the corner from where she recorded the album with Peter Moore at his studio on Beaconsfield Street. The area has gentrified – the bakery seems like a relic from the near past. “I used to bring Peter tarts each day on my way to the studio,” she recalls, sipping mint tea.

The album took six weeks to record. Today, someone as new and unproven as Ungerleider was then probably wouldn’t be able to afford a month and a half with a producer such as Moore, who recorded the landmark 1987 Cowboy Junkies record The Trinity Session. Moore famously used a single ambient microphone connected to a Beta cassette deck on that church-recorded album. He made a name for himself with The Trinity Session, and his money, too.

“I used the royalties from Cowboy Junkies album to build the Beaconsfield studio,” says Moore, who converted the basement and first floor of his Victorian home to create the space. “That’s where we recorded Johnstown, using a pair of Akai 12-track decks. It’s a rare format that doesn’t exist any more.”

The studio doesn’t exist any more, either. Moore later moved to a bigger place, just north of Long & McQuade music store on Bloor Street in Toronto. Moore, as with other studio owners, is struggling. The major record labels make money from music streaming, but hardly anybody else does. “My hydro bill is bigger than my royalty cheques from producing albums,” Moore says. “The music creators aren’t getting paid. I’m not sure an Oh Susanna could happen now."

Recording studios are shutting down. Big record labels used to front the money for extended studio time for newly signed artists, but not any more. The payoff isn’t there. In 1999, Moore as a producer took a chance with Ungerleider. “She was ambitious, but inexperienced,” he says. “But she stepped up – she brought it.”

Ungerleider shakes her head at the thought of being an upstart in 2019. Blue Rodeo’s Bazil Donovan and Bob Egan played on her debut album. An unproven artist today wouldn’t be able to afford their service. Ungerleider herself might not have the money for them now, for that matter. She has an audience built up over the years, but still relies on subsidies to make a go of it, as many independent musicians do. “I think if we’re being honest, we’re all relying on grants and government support and patronage of some kind,” Ungerleider says. “There’s this illusion that the free market should be able to sustain us, but it doesn’t.”

With its discordant piano, harrowing electric guitar and misogynistic lyrical themes, Johnstown obviously isn’t Zip-a-Dee-Doo-Dah. But while there’s morbidity to Johnstown, it’s not literal. “Every thing gets torn apart,” Ungerleider explains. “Back then I was trying to get out of my old identity and old habits to become something that I choose to become. It’s about the death of something old, and trying to rebuild out of it.”

She became sharp-writing Calamity Jane of noir alt-country blues. The debut album that began on a downbeat – “This world’s a weight chained to my back / Somebody set it free” – ends with something like hope. The final refrain, on the mandolin-trickled Tangled & Wild, is a plea for escape, “Run away with me, won’t you? It don’t matter where we go.”

In 1997, Ungerleider had left Vancouver for Toronto, where her career and Oh Susanna persona flourished. The Johnstown flood of 1889 established the credentials of American Red Cross, and the town rebuilt itself. Who knows, maybe the music business will find a way to pay its musicians and songwriters. ​ 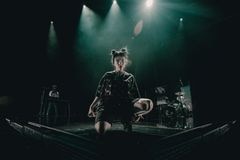 Charismatic performer was a keeper of the flame of vintage songs
Subscriber content
June 12, 2019 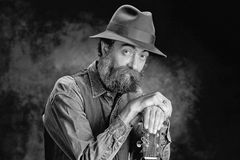