Earlier this year, Kevin Drew and the veteran Toronto indie-rock collective Broken Social Scene released a pair of EPs, Let’s Try the After (Volumes 1 and 2). The titles reflect a personal loss and a sense of doubt about the future. In advance of a free Canada Day show by BSS at Toronto’s Harbourfront Centre, the 42-year-old bandleader and musician spoke to The Globe and Mail about the strength in numbers, the liberation of simplicity and banks full of things better than money.

As an artist, you live in a land of maybes. We make a living off maybe. We’re constantly ruminating in it. Recently, I was able to make a video with [Montreal indie musician] Murray Lightburn for a song of his. I find myself more and more getting into rooms with bands and artists who already have producers. I come in just to sort of breathe some new life into whatever ideas they have, and to try to get people out of the way of themselves. That’s so prominent in the lives we live. We’re constantly trying to get out of the way of ourselves.

I asked Murray about his budget, and, of course, he didn’t really have one. So, we came up with the idea of getting him into some costumes. Hearing the songs 182 times while we were shooting the video, I realized it would be essential to get Murray screaming in the video. The song is Changed My Ways. Changing is such a hard thing to do, for all of us. I wanted to show the frustration of being stuck.

We shot the video quickly. It proved to me that simplicity is not limiting. You gather everybody’s great strengths and you can execute something. An idea can come to life, regardless of budget restrictions.

I spend a lot of my time educating myself through hanging out with people – all kinds of people, me stumbling home late at night, coming in and out of their lives. It educates me. I should possibly stumble home a little earlier than I do at times.

I have so many conversations with artists who are frustrated, who are aging, who don’t know what the next move is for their career. They’re angry over the way people consume and listen to music. I say to them what I say to my mirror. I say, you have to change that conversation in your mind and you have to double down. We can’t live in rumination of “what if?”

We live in very, very anxious times. There’s an anxiety that we all share as humans, no matter who we are. To put that on hold for a moment and come together with a group, there’s strength in numbers. You want the proper energy toward the battle of what you go through on the day to day. We’re doing this free show at Harbourfront Centre. We’ll ask some new people to come in [and] play with us. We’re such a big band, we don’t get caught in repetition of each other. There’s so much music to choose from. There’s so many faces to choose from. It’s been our greatest strength.

Although financially it’s a constant battle, spiritually the bank is full. And when it comes down to the judgement day, you want your spiritual bank account to be as full as it can be. 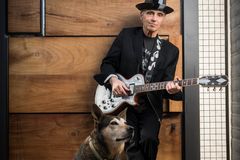 Why Newfoundland poet Randall Maggs plans to finish his next book far, far from home
March 26, 2019 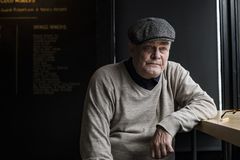