Is there online loot in the lute? The Toronto Consort believes so.

The ensemble has launched Early Music TV, a subscription-based video streaming service dedicated to the music of the Middle Ages and the Renaissance and Baroque periods. When COVID-19 caused the widespread cancellation of in-person events earlier this year, performing arts companies scrambled to deliver content online. Most of the efforts were stopgap. The scramble continues.

Toronto Consort, however, has been working on their on-demand platform for years now. In 2017, the company put a portion of a concert on YouTube, with the modest expectation of 100 viewers. The clip received 10 times that number of visits.

“That was the turning point in my mind about the possibility of delivering content online,” Toronto Consort managing director Michelle Knight told The Globe and Mail. “We live in this on-demand curated world. The arts industry needs to adapt to this change, because right now we’re very much reliant on in-person experiences. And those experiences, dependent on fans being available at a certain time and place, create barriers.”

In the same year the Toronto Consort first put content online, Canada Council for the Arts hosted The Arts in a Digital World Summit, held in Montreal. In his keynote address, Canada Council’s director and CEO Simon Brault delivered a manifesto for arts in the digital era.

“We can no longer rely on models that are dying or obsolete, or try to recreate them out of habit or dogmatically maintain them,” Brault said.

To that end, Canada Council set up its Digital Strategy Fund, an ongoing program in support of digital initiatives.

Early Music TV is not directly funded by Canada Council, but the research and development of the Consort’s digital plan, which led to the decision to launch an online platform, was funded by the digital-strategy grant.

For $149.99 a year, Early Music TV subscribers have access to archived concerts, behind-the-scenes shorts, lectures, demonstration videos, an album library and, hopefully, partner content from other early-music organizations in Canada and abroad.

Knight and her Toronto Consort team could not have predicted the current global viral crisis, but it has created favourable conditions for Early Music TV to succeed. “COVID has provided opportunity for people to get familiar with technology, because it’s the only way they can interact.”

Period-music fans tend to be an older demographic, though. Wouldn’t something like Early Music TV be too fangled for the fogies? Knight says no.

“The older demographic is coming online in droves,” says Knight, the Consort’s business leader since 2016. “They’re engaged – they’re taking Pilates classes online. They have computers, they have WiFi, they have tablets, they have smart TV.”

They also have money, and a lot of them are not spending it on in-person performances. According to a prepandemic study by Culture Track (which surveys cultural consumers’ motivations and concerns), more than a third of digital consumers of classical music had not attended a live concert in the 12 months leading up to March, 2020.

“They’re listening on Spotify and seeking out early-music content, but they’ve never been in a hall,” says Knight. “This is a huge opportunity to provide them with access to our content in a way we’ve never been able to before.”

The Toronto Consort isn’t alone in tapping into the increasing preference for what is known as “over-the-top” media, meaning content streamed directly to viewers via the internet. OTT, as it’s known, bypasses cable, broadcast and satellite-television platforms.

With a subscription to the U.K.-based subscription service Marquee TV, for example, high-definition performances from such institutions as the Royal Shakespeare Company, Moscow’s Bolshoi Theatre and the Opéra National de Paris are a mouse-click away.

It’s hard not to see streamed programming as the future, independent of the ongoing pandemic.

Which isn’t to say that the attraction of live in-person performances will diminish when concerts come back post-pandemic. “We’re an extension of what live organizations do, not a replacement," Marquee co-founder Marc Kirschner told the Washington Post recently.

Knight is of the same mind. She isn’t concerned that the Toronto Consort will cannibalize its fanbase with the availability of online content.

“About 80 per cent of our supporters have switched to a digital annual pass, but the feedback we’re getting is, ‘Digital’s great, can’t wait to see you guys in person though.'

“People are telling us that they’re glad we’re not giving up.” 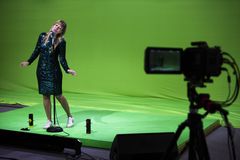 The enterprising pop star Chilly Gonzales makes no apologies for his ambition, nor should he
Subscriber content
November 24, 2020 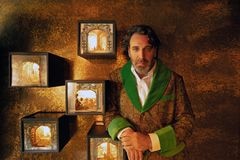 Alex Cuba is a major success, no thanks to the major record labels
November 17, 2020 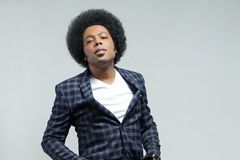