In between attempts to record the follow-up to 2014's Strong Feelings LP, the Toronto alt-country troubadour Doug Paisley has kept busy with a stay at an iconic poet's cottage and a low-key residency at one of Canada's landmark music venues. Paisley spoke to The Globe about inspiration, perspiration and playing music as an end in itself.

I spent a week last summer at Al Purdy's cottage on Roblin Lake in Prince Edward County, east of Toronto. It's used as a writer's retreat now. It was moving. There's so much of him there – very personal stuff. Someone welcomed me to go through the cassette collection. There was a tape of Al and his wife and another couple having dinner. For some reason, the tape recorder was on.

I found an envelope of seeds for the vegetable garden. He had written a critique of that plant's performance: "Big squash, but not very good, 1978," for example.

I worked a bit in his writing room, which was the real nucleus of the whole environment. I got a sense of his struggle. Really, it was a full force of him that I felt. As far as what I got out of it, it was more inspiration than perspiration. I actually did write some poems, which I never do. But mostly, being there is just something that goes on your psychic map.

I took on a weekly residency at the Cameron House, on Queen Street West in Toronto. I need to keep performing and learning and growing, and interacting with musicians and audiences. But also, I think a gig like that is done in defiance of some of the complications of having a professional music career, which seems to involve a lot of other people and a lot of protocol and rules about where and when you can play.

It's liberating to just go and play at a place like the Cameron. It's where I started 15 or so years ago. On Gillian Welch's Time (The Revelator) album, there's a song about how music is free. She has a great line: "I was going to do it anyway, even if it didn't pay." That's how I feel. It's something I'm always doing, and I'm not doing it toward an end. 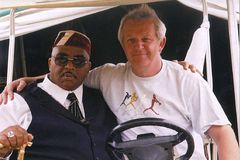 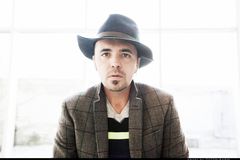 Between the Acts: author Eden Robinson on what financial freedom means to her
Subscriber content
December 5, 2017 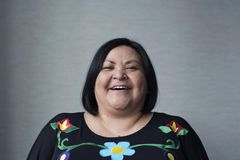