Skip to main content
Geoff Pevere
Special to The Globe and Mail
Published May 30, 2014

It will tell you something about Ontario Place – and maybe Toronto and Canada in general – in 1980, that the facility only moderately promoted the evening concerts, relying largely on signs posted around the grounds to attract people already there. Low-key was the order of the day, so low-key Ontario Place didn’t really have security beyond the ticket takers and pavilion staff. It was a place where hell never broke loose nor was ever expected to.

“I’m pretty sure we caused that riot,” former Attic co-chief Tom Williams admits with a chuckle. “At that point there was someone new at the Ontario Place Forum every night. And local press didn’t pay much attention to them because it would go from Teenage Head to Tony Bennett to whatever. But we wanted to make it a special event and make everybody pay attention to it, so we bought a lot of radio time, a lot of advertising.

“Those of us inside had no idea what was going on outside. There were no cellphones then. So the bands were playing and I was standing in that little walkway that went back to the dressing room, and all hell broke loose. We had record company jackets at that time, kinda silk things with the Attic logo on the back, and somebody threw a beer bottle at us. I can distinctly remember them yelling, ‘Record company faggots!’ And we had to run back down to the dressing room. They can put that on my tombstone: ‘Caused a Riot.’ ” 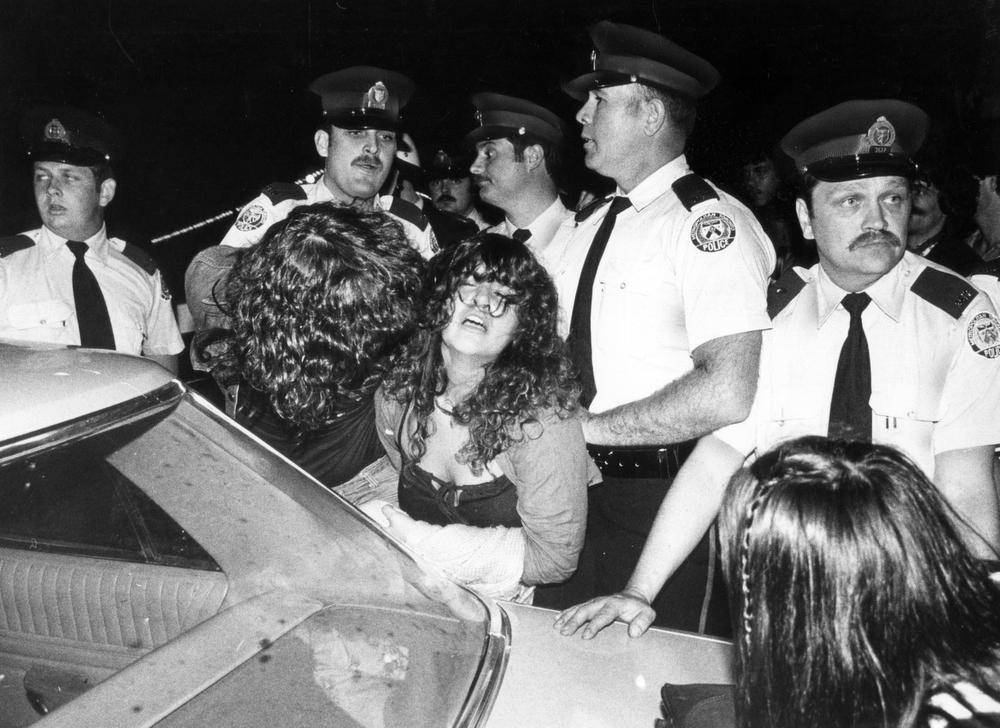 Rock fans trying to get into Ontario Place to see Teenage Head. Toronto police force the fans against cruiser as mounted officers hereded crowds across the bridge from Ontario Place to the CNE grounds, June 2, 1980. Photo by Barrie Davis / The Globe and Mail Originally published June 3, 1980, page A1

And not only had Attic bought that additional advertising, but at the peak of their popularity and radio airplay rotation, Teenage Head were playing for free. There was still even more publicity: band manager Jack Morrow had convinced Attic to hire a float to drive down Yonge Street to promote the gig.

The dressing rooms were under the stage. Although glimpses from the opening of the underground tunnel to the stage confirmed that the gathering crowd was large, no one had any idea how large, or that the situation was getting dodgy: the audience area proper was full, but people kept coming.

“June second, 1980,” Frankie Venom told me. “My birthday. We had a single on the radio at the time which was basically a love ballad. It was soft with acoustics, it was called Somethin’ on My Mind. And I think it was No. 1 on CKOC in Hamilton. A lot of young kids couldn’t see the band because we were basically playing the pubs. So when we played Ontario Place it was free, and obviously open to all ages, so all these young kids who had heard the song on the radio – I think they said there was 15,000 people there – apparently all rushed to Ontario Place to see us because it was the only opportunity.”

Park staff dealt with the teeming overflow as best as they knew how: they closed the gates on several thousand people. When dusk arrived, Segarini CCT, BAND NAME took the stage. While Bob Segarini remembers the sound being good and the band playing well, soon into their performance the band heard “what sounded like booing,” but later understood was a melee erupting on the grounds. Thrown somewhat, the band started to play double-speed, watching as the crowd swelled to such a size that there was no longer space between audience members – they were standing in their seats.

Police arrived to contend with the increasingly unruly crowd. Some in cruisers, some on foot, others on horseback. Pushing ensued. Pushing back ensued. Projectiles got thrown, horses startled, cruiser windows shattered. There was a riot going on. 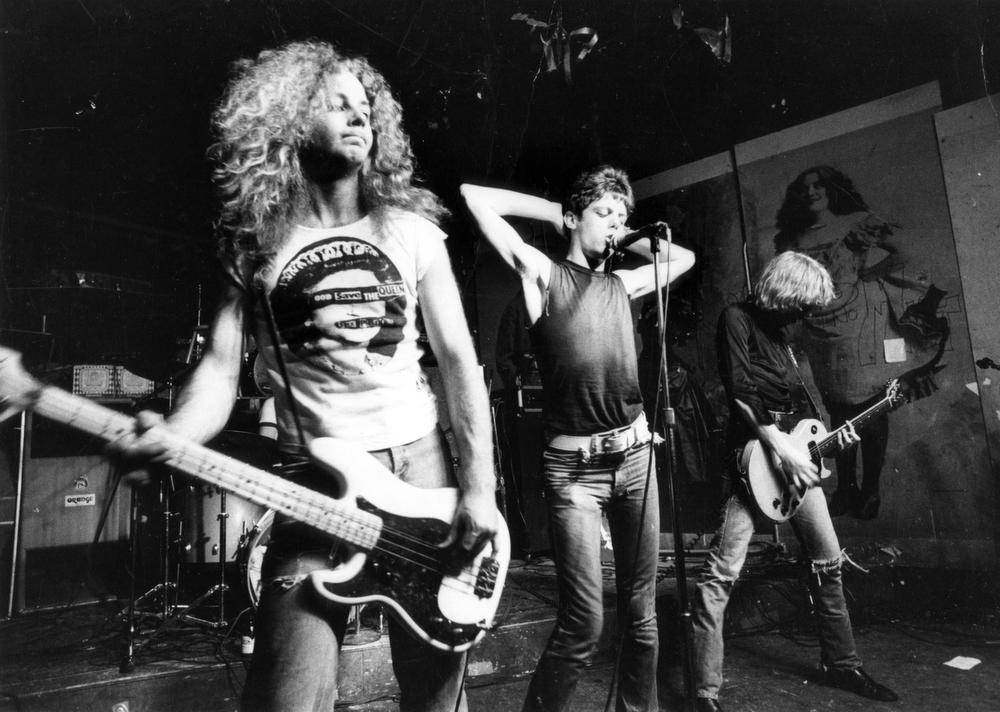 Venom told me what it was like to first take the stage: “Because you walked down this tunnel way to Ontario Place to get to the stage, we had no idea how many people were out there. We were backstage for like five hours previous and when I walked out there it was like an unbelievable feeling. Young kids screaming, grabbing at our clothes – for about a minute I couldn’t even speak. Just the rush. It was like, ‘Holy shit.’ Better than any drug, any alcohol I’ve ever done. It was amazing to have 15,000 screaming kids just wanting a piece of you. We never had that again, but I’ll never forget it. It was fantastic.”

Not a minute and a half into the Head’s first song, fans started launching themselves onto the stage. It got louder, crazier. Nick Stipanitz remembers an empty bottle of Black Tower wine whizzing by his head, and Gord Lewis told him later clods of dirt flew by his head. (And this apparently from people who were enjoying the band.) At one point, a fan almost made off with Lewis’s beloved Les Paul, but it was retrieved. There was nowhere near the proper amount of security for the job, nor was the security there prepared to handle such a crowd. The thousands that had been locked behind the gates spilled over. Onstage, the band was oblivious to the rioting, but they were well aware of the ferocious adulation.

“We were capable of pitching a perfect game,” Steve Mahon says, “and the crowd was there to make sure we did. You couldn’t lose. Nobody was on drugs. Nobody had an attitude then, everybody was firing on all eight cylinders. Frank thrived off the energy of the audience. It didn’t matter that they didn’t pay $50 a seat. We nailed it.”

“I don’t think Teenage Head could have planned a better thing to happen,” Segarini says. “Because it made them instantly not only notorious and infamous, but the subtext of all the national coverage of this thing was very simple: this music and this band had arrived. That this is Beatlemania, only with a negative twist.”

Excerpted from Gods of the Hammer: The Teenage Head Story, by Geoff Pevere; courtesy of Coach House Books.