Talk about a super-group.

This week, news leaked out that the Stratford Festival has commissioned a "meditation on Hamlet" that will feature music by Stars, bringing together Shakespeare with one of Canada's biggest indie-pop bands.

Engineered by Stars front man (and sometimes actor) Torquil Campbell with Siminovitch Prize-nominated director Alisa Palmer, the metaphysical cabaret planned will mash-up the band's existing songs – and perhaps some original ones – with words orchestrated by playwright and novelist Ann-Marie MacDonald.

But the Stars/Stratford project being workshopped is only part of a constellation of outside-the-box projects in development that are uniting Canadian indie musicians with the lesser-known stars of indie theatre – and none of them fits snugly into the traditional storytelling musical-theatre mould.

These crossovers could be a win-win situation for both camps, argue the artists involved.

"[I'm] pretty certain that the way forward for the theatre is to harness some of the chaos and ego of rock 'n' roll," Campbell writes in an e-mail from touring in support of Stars' latest and highest-charting album, The North.

And, Campbell continues, "the way forward for rock 'n' roll is to grow the fuck up and take action in the form; that is to say, act!"

Glam-rock singer-songwriter Hawksley Workman will try to grow artistically this winter when he becomes a stage actor and stars in a solo show, The God That Comes. Created by Workman with director Christian Barry of Halifax's 2b theatre, the "one-man band/rock 'n' roll/cabaret hybrid" based on Euripides's The Bacchae will have its official world premiere at Alberta Theatre Projects in Calgary in March.

Around the same time, songs by Polaris Prize nominee Destroyer – a.k.a. Dan Bejar of Vancouver's New Pornographers – will mix with novelist Sheila Heti's words in a theatrical mash-up called All Our Happy Days Are Stupid. Originally commissioned by Nightwood Theatre over a decade ago, it is set to make it to the stage in Toronto next year under the direction of young director Jordan Tannahill, who saw the potential in its unusual form. "The things that just never worked, somehow they worked," says Heti of a reading the Suburban Beast theatre artistic director put together this summer.

"Interdisciplinary" is the buzzword for the up-and-coming generation of theatre artists like Tannahill – and that means that more and more creators are interested in breaking down the barriers between different forms of live performance, in this case rock concerts and plays.

The lure of 'liveness'

Steven McCarthy, a National Theatre School director who also fronts the Toronto rock bands ElastoCitizens and Monster, sees a strong connection between the worlds of music and theatre he straddles. Both are about "prioritizing the feeling of liveness."

The only difference is that the music world is still ruled by Dionysus, the Greek god of wine and madness, and less married to the constraints of straightforward narrative. "You don't leave a rock concert saying, 'I don't know if I got it,'" notes McCarthy, currently in rehearsals for Boblo, a "ghost-story-meets-rock-concert" about a defunct amusement park created by playwright Erin Brandenburg and The Sunparlour Players' Andrew Penner.

On one level, Canada's indie-theatre community can seem like the poor cousin of its musical brethren – where bands such as Stars, Metric and Arcade Fire are just a few of the groups that have grown giant international followings in the past decade.

At the same time, however, changes in the music industry mean most musicians – even many with large fan bases – aren't exactly getting rich off album sales any more.

Indeed, they're more and more financially reliant on live performance – turning many musicians into the modern equivalent of the kind of travelling players that visit the court in Hamlet. "It used to be that the live show was the marketing for the record, and that's kind of turned around 180 degrees – the record is the poster for the live show," notes Barry.

Collaborating with theatre artists can help musicians learn to connect live in original ways. "Arcade Fire wouldn't be a large as they are if their live shows weren't as good as they are," notes Michael Rubenfeld, who, as artistic director of Toronto's music-and-theatre SummerWorks festival, has played matchmaker for bands and theatre creators in recent years.

The advantages for theatre artists of hooking up with indie bands, meanwhile, are obvious. Along with the tunes, they get to infuse some of the energy and cool and audience of the country's music scene into their own projects. "You're already working with a star with a fan base – I think there's something really appealing about that, especially in theatre, where we don't have a star system," says Rubenfeld, There's nothing new, of course, about theatre artists and rock or pop musicians coming together. Jukebox musicals have been a huge phenomenon for over a decade, and it has now been 20 years since Canadian director Des McAnuff brought the Who's double-album Tommy to Broadway. (McAnuff's about return to those roots; he's currently directing a stage adaptation of The Flaming Lips' album Yoshimi Battles the Pink Robots in San Diego, then mounting a new production of Tommy at Stratford next season.)

Similarly, major pop stars have long hired theatre-industry professionals to give their live shows that extra oomph. Quebec director Robert Lepage has directed tours for Peter Gabriel, while Cirque du Soleil helped create Madonna's Superbowl half-time extravaganza. (The circus giant has also brought late pop star Michael Jackson back to life for his Immortal World Tour, which is on track to be the highest-grossing concert tour of 2012.)

What's happening now is that the indie sides of both art forms are more closely aligning due to a confluence of interests.

At SummerWorks – where a sneak peek of The God That Comes sold out this summer – Rubenfeld has been orchestrating crossover theatre-concerts for the past few years. At the most recent edition, for instance, he curated a memorable evening where Buck 65 dealt with controlled chaos masterminded by choreographer Ame Hendersen as he rapped B-side and rarities.

"When I'm at the theatre, I'd like a bit more of a live-music experience – a touch more informal, a touch cooler, maybe a bit sexier," says Rubenfeld.

Meanwhile, Barry is also attracted by the audience experience of at sweaty concert, where he says he typically has a couple of glasses of wine too many and gives himself over in a different way. "I feel like we're missing some of the experience from the neck down," he says. "I want to bring the heart and loins of rock 'n' roll into the theatre."

For Hawksley Workman, The God That Comes was an opportunity to get his creative juices flowing in a new way; he'd been approached by Barry almost eight years ago, but came back to him recently when going through a dry spell.

"In removing myself from my little hamster wheel called 'me doing the music business,' there was a whole new breath of fresh, sweet wind that was blown into my sail," says Workman. He's looking forward to performing and not being asked for old hits like Jealous of Your Cigarette.

The changes wrought in the industry by online downloading mean musicians, who have tended create in a for-profit world, and theatre artists, who in Canada live almost entirely in a not-for-profit model, have more in common now – in that passion has to be the primary motivator.

"In the music business, there's a lot of people with shell-shocked face because the money we used to make has gone now," Workman says. "Whereas in theatre, there was never great riches to be had necessarily."

For Palmer, a more established theatre director who just completed her eighth season at the Shaw Festival, working with one of her favourite bands, Stars, has allowed her to return to experimental theatrical forms that she explored at the very beginning of her career. At the same time, it's allowed her to indulge in her passion for pop. "It's fantastic for me – I'm like a kid in that way," she says. "If I could be a rock star, I would be." 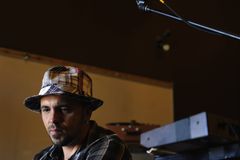 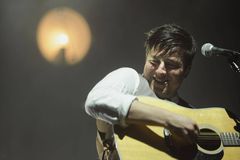 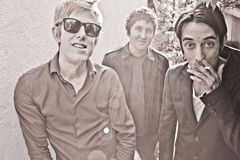