The CBC is quietly dismantling its archives of LPs and CDs across Canada – a cultural treasure trove built over decades – even as it prepares to launch a major new music service online.

With uncertainty over levels of funding from Ottawa, CBC management has told archivists to winnow the music collections at regional bureaus by the end of March. This could mean donating, selling or discarding thousands of records and CDs – a cost- and space-saving measure as recordings are increasingly digitized.

This is happening just as the CBC's need for music could grow heavily, as the broadcaster gears up to introduce a number of new music channels streaming online, possibly as many as 35, sources familiar with the project say.

While CBC management would not confirm that a new service is in the works, sources say it is expected to provide a number of musical formats (one for Canadian rock, one for Canadian hip hop and so on) all accessible from one central CBC website.

Some CBC archivists see irony in the fact that they are being asked to dismantle regional record collections just as producers will be coming to them for music. Many old LPs won't be digitized, they say, and producers and announcers won't be able to hold the physical albums and see liner notes and information that can't be fully captured in a database.

"We believe that they are jumping the gun quite a bit by doing this," said archivist John MacMillan, who has spent much of his career looking after CBC Vancouver's music library. "We understand that at some point the hard-copy collection would not be needed any more, and the usage of the CDs has gone down. But the content in this virtual music library – as it's known – is still far below the needs of the users."

There is also a risk, some fear, of losing some valuable recordings when such large collections – some with tens of thousands of titles – are broken up. As one archivist said, not for attribution, it's a question of whether CBC management sees the collections as a valuable archive for Canadians or simply as a resource for CBC producers.

CBC spokesman Chris Ball said that the cull isn't affecting its Toronto-based archive, and the CBC will continue to maintain an extensive physical collection. At the same time, he notes, the CBC has been relying less and less on CDs and albums and more on digitized music, like much of the industry. The broadcaster's digitized library is said to already contain about 1.5 million titles.

"We're going to look at what content has historic value, what has a programming value to us," Ball said. "The goal here is that we are digitizing that content in the virtual music library. What that's going to be able to do is give everybody across the country [in the CBC]desktop access to our entire music library."

Out of the approximately 650,000 CDs housed in CBC bureaus, only 140,000 CDs are unique to those libraries. The rest are duplicates of discs already housed in Toronto, Ball said. Unique physical titles will be shipped to the CBC's permanent collection in Toronto, which currently has about 135,000 unique CDs.

He added that the physical library will continue to add new discs. "This isn't the end point. … We're still going to support regional artists who want to provide us with their music," he said.

So the push is now on not only to scour the bureaus' collections for records to ship to Toronto, but to simultaneously digitize more of those titles. This isn't expected to eliminate many, if any, jobs since most CBC archivists also maintain other collections, such as TV and radio archives.

CBC's popular online Radio 3 service, which features new music and has a largely separate collection, is expected to integrate more of its library into the CBC's larger digitalized music system.

So far, the dismantling of regional record collections only applies to the English-language side. The question is whether there's enough time to input enough of the rare LPs into the virtual music library by the end of March, and how much of the information in the liner notes will be lost.

MacMillan acknowledges that this kind of information is not necessarily used every day. "But the point of this, and I think with any library, it's there for next year or the year after when someone goes 'Oh, how about …?' and they can look up something that is here and readily available, something that iTunes just will never have, ever," he said.

The collection in Vancouver, for instance, has an unusually large array of South American titles and other music from around the world. These could be viewed as extraneous when the collection is dismantled. It also has a large number of 78-rpm records and Edisons (early 78s recorded without amplifiers or microphones).

"I can think of one or two collectors in Vancouver who would love to have them and preserve them," MacMillan said. "Some records are in such poor shape that they may have to be thrown out. But [with]much of it, we would endeavour to try to save it as best we could and to make sure it went into a collector's hands or [to]a university."

He added that "it is a time-consuming process to go through, to make sure that we're not tossing something away that doesn't exist in a modern format … The thing about this that is most rankling to me is that, sure, we knew that this had to happen. But it is happening way too fast."

CBC drops last remnants of curling from its schedule
January 19, 2012 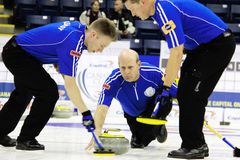 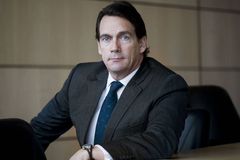 Jad Abumrad: The man who made public radio sexy
January 25, 2012 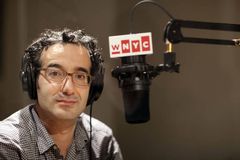