How much is a song worth? In the world of Internet-based music services such as Pandora, Grooveshark and the CBC's new streaming Web radio, nobody seems to have a clear answer.

This week, the Society of Composers, Authors and Music Publishers of Canada indicated it believes the country's national broadcaster may not be paying music publishers enough for the rights to play their music – rights that were in part negotiated before the explosion of on-demand, Web-based music services that have shaken up the recording industry.

But the battle to determine how much money new music services should pay is intensely complex – so much so that several of the most popular music-streaming services, such as U.S.-based Pandora, have decided that expanding into Canada isn't worth the hassle of signing new licensing agreements yet.

However, the CBC finds itself in a particularly sensitive position. As the national broadcaster, it pays considerably less in royalty fees than commercial radio stations. But while some critics complain that fee structure needs to be changed to reflect the new era of Web-based music services, others argue the CBC's long-standing role in promoting Canadian music should earn it some slack.

Canadians spend $500-million a year on music, and 34 per cent of those sales take place online (mostly on Apple's iTunes, which allows users to buy individual songs or entire albums). Digital sales are the only segment of the music sales industry that is growing, gaining about 15 per cent a year.

"For the longest time the average Canadian's perception of what it meant to live in a digital music environment has meant you go to iTunes and download something," said Graham Henderson, president of Music Canada. "Or, you download something and steal it. So you had a choice – iTunes or illegal. Canada shuffled along too long – we risked reaching a tipping point where an entire generation grew up without an appetite for spending a single cent on music."

As with video content, the process of securing music distribution rights for Web-based services is often drawn-out and complex. And the resulting clauses and restrictions range across a wide spectrum. Services such as 8Tracks, a site that lets users create virtual mixtapes, only allow listeners to skip over a certain number of songs per hour, as part of the licensing agreement with publishers. Some sites, such as SoundCoud, allow musicians to skip the middleman and simply post their music directly for users to hear – indeed, bands such as Radiohead have tried to bypass the traditional music sales model entirely, offering some of their music to fans via the Web on a pay-what-you-like model.

Other sites let users create virtual stations that feature music similar to that of a particular artist, rather than letting them hone in on a specific song. YouTube has a music-specific sub-site, Vevo, which features videos from many big-name artists. However many such videos aren't available for viewing on certain devices, such as some phones and Web-connected game consoles. In other cases, music videos – like other kinds of copyrighted video content – are only viewable in certain countries.

(Licensing video content is equally complex. For example, Canadian users who watch episodes of Saturday Night Live on Netflix will find, in most cases, that the music performance portions of the shows are mostly gone).

In Canada, SOCAN applies different formulas for determining how much money it collects from various music-laying services, according to Paul Spurgeon, the group's vice-resident of legal services. The formula tends to take into account the service's Internet-based revenues, as well as the number of page impressions, or hits, the service gets. However the ratios are significantly different for various types of services, such as commercial or non-commercial radio stations.

Spurgeon said SOCAN files for tariffs at the end of March every year, and with the CBC's new Web-based radio service, may have to alter its royalty fees formula for the national broadcaster.

"We currently have a tariff that applies to CBC's online delivery of their [broadcast]signals," he said. "And this [CBC Music]is a new thing they've got. We have to look and see how the new facts apply to the tariff, and that's what we're considering."

However Spurgeon added that changing the fee formula would entail a hearing process, and could take years to implement.

With reporting by Steve Ladurantaye and Guy Dixon 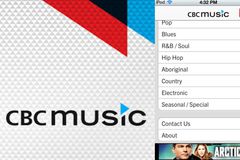 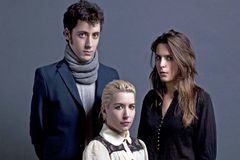