It just might be the biggest karaoke session ever: one billion Chinese singing along with their television sets as they welcome the Lunar New Year. Their hearts going on and on.

The annual Spring Festival Gala on China's main CCTV network is a tradition as loved and loathed here as Dick Clark's New Year's Rockin' Eve once was in North America. Extended families – many of them home together from their far-flung workplaces for the only time all year – gather around the TV set and digest the pop music, pomp and propaganda of the hours-long government-run celebration.

But even annual traditions need a tweak every few decades.

Saturday's televised spectacular – which will mark the start of the Year of the Snake and China's accompanying week-long Lunar New Year holiday – will be the first in its 30-year history to be headlined by a foreign singer. And Montreal-born songstress Celine Dion was CCTV's choice for the honour.

The official China Daily newspaper said Dion – whose only previous performance in China was a 2008 show in Beijing's Workers' Stadium – would sing two songs, including her global hit, My Heart Will Go On, which the paper said was "the most popular English karaoke song in China."

"If you ask a Chinese person to name two English songs they can sing, it will be My Heart Will Go On and Happy Birthday," songwriter Gao Xiaosong told the China Daily.

The song was released as part of the soundtrack to the 1997 movie Titanic, which remains wildly popular in China. While last year's 15th-anniversary release of the 3-D version of the movie was met with an indifferent response in North American theatres, it set box-office records in China, raking in $58-million on its opening weekend alone (despite a decision by Chinese censors to remove the scene where Leonardo DiCaprio paints a naked Kate Winslet "out of consideration of building a harmonious ethical social environment").

The 44-year-old Dion, who has sold some 220 million records over her long career, will also take a risk and try out some Mandarin she's apparently been practising between her regular casino shows in Las Vegas. She'll join Chinese soprano Song Zuying onstage for a duet version of the classic Chinese folk song Molihua, or Jasmine Flower.

"She cannot speak Chinese, but she is fluent in French and English, which will help her with some of the pronunciations," Gao said.

It's not known how much Dion will be paid for the performance, but part of the gala's appeal to performers is the massive audience, which the China Daily says could reach a billion people this year. Past CCTV galas have regularly topped 700 million viewers, although organizers are concerned that younger viewers are increasingly choosing to ignore the state-run spectacle in favour of online entertainments.

This year's lineup has been tweaked to appeal to that new generation. Among the scheduled performers are the winners of reality-show singing contests from China, Hong Kong and Taiwan. Twenty-nine-year-old Qu Wanting, a Harbin-born, Vancouver-based pop sensation whose ballads are also Chinese karaoke-room staples, is another act designed to appeal to the younger audiences.

But gala organizers may have missed the mark if Dion was expected to help correct their demographic problem. "Celine Dion was out a long time ago. Now the most popular Canadian singer is Justin Bieber," was a common sentiment on Sina Weibo, China's Twitter-like social networking site.

A spot on the CCTV Spring Festival Gala can bring lasting fame in the world's biggest market. Ottawa-born comedian Mark Rowswell – better known here by his Chinese name, Da Shan – remains one of the most famous foreigners in China after bringing down the house with his cross-talk routines (in flawless Mandarin) on past CCTV galas.

Soprano Peng Liyuan, the wife of China's new leader, Xi Jinping, was another one-time regular on the Spring Festival show. However, she has largely stopped performing since her husband gained political prominence. Peng is not on the official roster of expected performers for Saturday's gala. 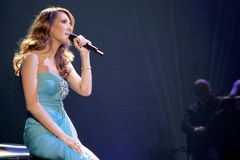 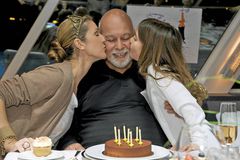