As superstars such as Beyoncé and Miley Cyrus proclaim their dedication to stronger female voices, Kreviazuk balks at the suggestion women have made progress in pop music under the newest crop of scantily clad performers.

"Somewhere along the line, we have accepted or decided as a society that me being able to strip is me being an empowered woman," Kreviazuk says.

"You have to be on a pole to be saying something and have people listen … Being able to decide how many of my clothes are off or how promiscuous I look … is [not] power. To me, it's so weak."

"The Kardashians set us back by decades, in terms of our being equal," she adds while sipping a smoothie at a restaurant in downtown Toronto. Gender dynamics in music is the subject that gets Kreviazuk most riled up in a conversation about Hard Sail, her first solo effort in seven years.

The singer has spent much of her career balancing her own stories against writing lyrics for huge Top 40 artists such as Jennifer Lopez, Christina Aguilera and Gwen Stefani.

Hard Sail digs deep into her own emotions. The album is packed with powerful songs about personal growth and appreciation for life and family. Some tracks arose from tumult in the singer's private life. The two-time Juno winner has often found solace in writing lyrics about her most challenging times. Her hit song Surrounded, from the 1997 debut Under These Rocks and Stones, was penned as a reflection on the suicide of one of her closest male friends when she was 18.

On Hard Sail, the 43-year-old singer says a recent traumatic experience within her family pushed her to create the intense piano ballad Lost.

While Kreviazuk declines to outline what happened – saying it's out of respect for people involved who are still alive – she says the emotional force of the situation threw her into a panic as she tried to come to terms with her response.

"It involved going through a bit of shock and PTSD and witnessing something pretty difficult and graphic," she says.

Within the first two days of the incident, Kreviazuk realized she needed to turn to music. She called Bryan Adams's Warehouse Studio in Vancouver and booked an emergency recording session for Lost.

"I went over to a room, said hello to the engineer and said, 'Can you just hit record?'" she remembers.

"The song came out from end to end exactly how you hear it on the record. No question of the words, no writing them down on paper. It just poured out."

In the chorus, she sings: "Oh the only hope you've got/Is breathing in/And breathing out. And oh you know you can't make it stop/That's what tragedy/Is all about. We're lost."

Kreviazuk says when she hears it now, Lost feels like it was created by another artist.

"I actually have compassion for that person as if it's not really me right now," she says. "The lyrics blow my mind."

Another song from the album, I Love You, came together in the aftermath of the same incident as she reflected on her husband, Raine Maida's role in the healing process.

"My husband was a real rock for me," she says of Maida, lead singer of Our Lady Peace. "That song was really not meant to be sung by anybody else." Keeping lyrics for herself is something Kreviazuk has constantly had to consider throughout her career, as she divided time between her own albums and lucrative songwriting collaborations with pop stars.

These days pulling back from the music industry a bit seems easier for her, partly because the whole structure of submitting songs to other artists has fallen out of favour.

"We're in a different world," she says. "The artists are more involved in their collaborative process, so you really have to find those relationships now."

Instead of exhausting herself with the hunt for jobs, Kreviazuk says she's trying to achieve a new level of personal growth. She's been focused on reassessing how she negotiates friendships, her marriage with Maida and how she's raising their three children.

"I really needed to expand who I was as a communicator," she says. "I was 22 years old when I fell in love with my husband … and I'm not a child anymore, I'm not infatuated with anyone.

"If I want to be able to keep that love on a continuum, it has to grow into something that is real and relatable with the age I'm at, that reflects on all the experiences I've had."

She says the creation and release of Hard Sail marks a step toward finding her mature voice as a female performer disinterested in stripping down or spinning on a pole to gain attention.

"I brought into this album a lot of self-realization," she says. "That has made me feel more at peace." 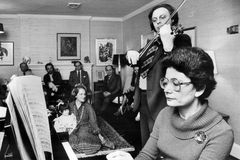 If you like soft, intimate seventies pop, you will appreciate Andy Shauf
June 30, 2016 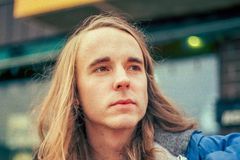 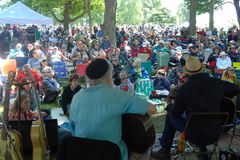