She began the show on a pedestal, but of course. She razzled, she dazzled, she costumed-changed like a pro (which is what she is). She defied gravity, and convention. She was an audacious Helen of Troy one minute; a chatty Cherilyn Sarkisian of El Centro, Calif., the next. She twirled on a chandelier, as one does. She head-dressed. Sequins happened. She believed in life after love. She said that this really was a farewell, and was lovingly booed for the suggestion, though she winked and nodded when she said it. Not unflatteringly, she wore sheer costumes that would frighten women half her age. She sang If I Could Turn Back Time, and basically pulled off that trick.

On a soggy Monday evening, the unsinkable Cher brought her extravagantly staged Dressed to Kill tour to Air Canada Centre, where fans braved rain and some arranged to PVR RuPaul's Drag Race in order to see her. "My goal is to make you happy," said the sleek sexagenarian, before worrying aloud about how she could pull that off. Recounting her previous concert shenanigans, she fretted: "What else can I do? I've already been a transvestite piñata. I've already a rode an elephant."

What else can she do – a good question, one that the out-doers Madonna and Lady Gaga ask themselves continually. Cher doesn't make hit records any more, though her latest album (last year's Closer to the Truth, her first proper album in a dozen years) was crafted to prevalent dance-pop standards by contemporary producers. And so, the beat does go on – literally, when it came to the spectacle-opening Woman's World, with its thumping four-by-four rhythm and feminist bent that also showed up on the second number Strong Enough, a disco-set single from the late nineties.

But then, the music was just half the attraction. To a serious electronic beat, Cher appeared as mentioned above, on a pillar, where she was garishly presented as a kind of peacock. The colourful waterfall of a headdress lasted just one song, with its removal revealing a wig of dark braids. (Her hair situations had their own dressing room. More were to come.)

Though she was not immobile, Cher did not out-and-out hoof – she told a story about a foot she had broken decades ago that was now causing grief – but she surrounded herself with enough acrobats and prancers to give the illusion that she danced. Her outlandish outfits were their own feats of derring-do, right down to the leather jacket, thigh-high boots and peak-a-booty stockings she wore for her eighties rock-chick hit I Found Someone late in the concert. Her dusky voice? It was reliable and unblemished – almost too good to be true, one might suggest.

Her hair was dead straight for the sixties-tripping The Beat Goes On. For I Got You Babe, her late former husband (and some say Svengali) Sonny Bono appeared on the screen behind and swapped lines with her. This was followed by a compulsory rendering of Gypsys, Tramps and Thieves, followed by Dark Lady and Half-Breed – the "great swarthy trilogy," in the words of rock critic Robert Christgau. The first two were performed within a turn of the 20th century circus setting, to give you an idea of how seriously Cher takes those dated oldies. For Half-Breed, a floor-length Native American headdress was worn – nothing halfway for the part-Cherokee.

The show's centrepiece was the upbeat Take It Like a Man, a number which featured a giant gilded horse and a gold-plated and Beyoncé-bewigged diva. A gospel-infused cover of Marc Cohn's Walking in Memphis was an homage to Elvis and a trip down memory lane.

Though the spectacle used a flurry of archival video from her singer-actress career, the style-switching performer is actually restless and unwilling to dwell in the past.

Unfortunately, after a charismatic and warm main set, the encore ballad I Hope You Find It was a bum-note ending. Cher performed the Miley Cyrus cover dressed as a sort of religious icon, floating above the crowd in a papalish carrier. She had blessed her fans with her presence, but this was far too much symbolism. Perhaps her pedestal status had gone to her headdress.

Thatcher confusion: Cher is not dead (and neither is Teri Hatcher)
April 8, 2013 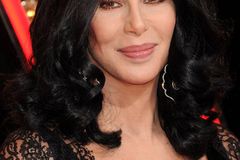 Lady Gaga shoots for the stratosphere with Artpop
November 8, 2013 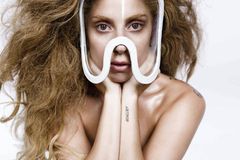 In an age of manufactured stars, Lorde is a refreshing change
October 4, 2013 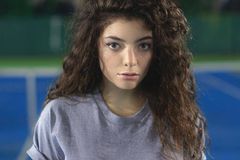 Divas like Cher are no friends to women
November 22, 2010 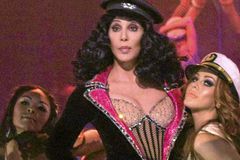