"We are 100 per cent committed to classical music," said Banff Centre president Jeff Melanson, when reached in Melbourne, Australia, on Tuesday. "This is not about killing classical music."

Henk Guittart's letter was made public by Norman Lebrecht on his blog, under the headline "Breaking: arts centre dismantles classical residencies – 'we have been forced to uninvite you.' "

At issue are the fall and winter creative music residencies at the Banff Centre, which are open to all musicians, but have traditionally attracted predominantly classical musicians.

In his letter, Guittart writes that he has been informed by Melanson "that he has decided to end the Fall and Winter Residencies in their present form. This also means that my contract will end in March 2013 and that all my plans for the future, above all maintaining, enriching and improving the quality of the program, the level of participants, and opening to a more global approach … will disappear. I am very sorry to inform those of you with whom I have been in touch about the plans for next year, that I now have been forced to "uninvite" you."

Lebrecht also posted an internal Banff Centre memo from Melanson, informing staff of Guittart's departure and announcing Vijay Iyer as incoming program director for the Banff International Workshop in Jazz and Creative Music. In the memo, Melanson thanks staff "for their support during this transition period, as we continue to redefine our collective vision for the future of The Banff Centre. Over the next few months, we will review the needs of our participants, and consider ways to diversify and strengthen our programming."

In his letter to musicians, Guittart writes "I obviously strongly disagree with this in my view destructive decision." He ends it by saying he mourns "the loss of such a unique and valuable program."

Melanson says this is not the case.

While he says there are plans to beef up other genres of music, Melanson – who points out he is a classical musician and former dean of the Royal Conservatory of Music – says he does "not imagine" that would mean a decrease in classical-music residencies. He envisions musicians of other genres coming in to complement and collaborate with the classical musicians, not replace them.

"As an example – and people may say this is dumbing down and that's fine if they want to turn this into that argument – we had Kevin Drew [of Broken Social Scene] on site this past week and … Kevin is really interested in getting classical musicians into the studio and experimenting and really doing a lot more in terms of creative music and diversifying to some degree, which will mean great opportunities for young artists to work with people across different genres and disciplines."

Debra Hornsby, director of communications at the Banff Centre, calls the disagreement "a personnel issue" and repeatedly stressed the centre's commitment to classical music programs. "There's a change in leadership," she said from Banff.

Guittart, a violist who performed internationally with the Schoenberg Quartet (he is also a conductor and chamber-music coach), was appointed co-artistic director of Music at Banff, responsible for fall and winter music programs, in March, 2010. At the same time, Barry Shiffman was named co-artistic director, with responsibility for Banff's summer music programs. Shiffman also serves as executive director of the Banff International String Quartet Competition.

"Barry Shiffman will be stepping up and playing a larger role in the classical music world throughout the year," says Melanson.

From Toronto, Shiffman said he has faith in what Melanson is doing.

The letter has sparked concerns among classical musicians, who have compared the news in online comments on the blog posting to what has happened at CBC Radio 2.

"I'm kind of shocked at the quick and kind of close-minded reaction from some people in the classical music community," said Shiffman.

Guittart wrote in an e-mail on Tuesday that he has no comment beyond his previously written statements. 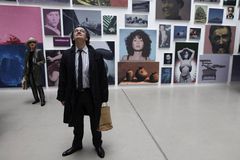 Classical music preview: The return of the passionate and intense Valery Gergiev
October 8, 2012 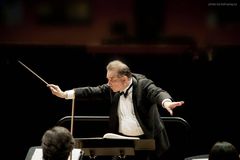