Steve Reich, 80 this October, is perhaps the world's most important living composer, a creative personality who almost singlehandedly brought music back from the brink of obscurantism that threatened to sink it in the late fifties and early sixties with his patterned, slowly moving, deeply emotional musical textures. He's also, as it turns out, a guy with one of the sweetest smiles, and sweetest laughs, that you could imagine, who sounds remarkably like Groucho Marx at times, and who combines a keen mind with an expansive and generous personality. The Globe spoke with the New York-born Reich before he made his way to Toronto for a special 80th-birthday concert on Thursday night at Massey Hall.

So here's a question I've always wanted to ask you. Why is your name pronounced Steve Reich (rysh) rather than Steve Reich (rike)

It's an anglicization. I'm not sure what my grandfather said when he came here, but my father always said Reich, as though it were "sh," so that's what I said, and then I started going to Germany, and realized it was Reich "rike" – my son insists on that pronounciation, with the k. So I'm a "rysh" and he's a "rike." I think it was common for Jews who had that last name to change the pronunciation when they got to America.

Does turning 80 mean anything to you? Are you retrospective about your own life? Or are you more interested in the present and the future?

Oh, I'm interested in the present and the future. I tell you really what's gratifying about the past is going around and seeing people I don't know from a hole in the wall who weren't born when I wrote the pieces that they're playing – not only just playing them, but playing them idiomatically with the right feeling, with technical expertise – that's wonderful, that's the most satisfying thing any composer can ask for. Because, basically, I've devoted my life – with the exception of two tape pieces – to writing live music for live musicians. Often when I'm at a concert of a piece people know from recordings, they come up to me after the concert and say, "Oh, it's so much better live," and I want to give them a hug.

It's amazing to me, when I think about your career, how central you are to the Western tradition. You're not really an avant-garde composer at all. For example, you created this word, "phase," to describe your early music, because you didn't want to use the real word, which is "canon," and that goes back to the 14th century. Everything about your music is traditional. Even your recent movement from the position of an outsider, an avant-garde composer to the mainstream, that's a common theme in Western music as well – that's Beethoven, that's Debussy.

Well, thank you. I have to leave now – it's getting warm in here!

Do you see it this way as well?

I constantly say to people, "What we did was not a revolution – this was a restoration." The music we were brought up in school to imitate – the music of Boulez and Stockhausen – had become what we call mannerist. That doesn't mean the music was bad. It just means that it had gotten so recherche that it put itself off in a corner. With just a tiny coterie listening to it. And then someone said, "Wait a minute. Give me a broom! This place is a mess!" And that's what fell to my generation. And the proof of the validity of it is that it was a generation, that independently Arvo Part, unknown to any of us, was doing the same thing Philip Glass and Terry Riley and I were doing here. Since the last part of Drumming in 1971, I've been incorporating more aspects of the traditional Western vocabulary – harmony, melody. So it's always one step forward, two steps back for me – one step forward into the new, two steps back into the tradition.

It's always seemed to me that your music took you on an odd spiritual journey. Your early piece, It's Gonna Rain, featured a Pentecostal preacher. Then you investigated the communal and spiritual traditions of Ghanaian drumming – and Drumming was the result. Then you investigated the gamelan music of Bali – and all the mallet pieces, like Music for 18 Musicians – happened. And then, finally, you embarked on a journey to discover your own traditional music, and we got Tehillim – your setting of the Psalms of David, in 1982. There's a spiritual journey there, whether it was intentional or unintentional.

Oh that's very, very valid. I was brought up a secular, Reform Jew, which means I didn't know Aleph from Bet. I knew nothing, and therefore I cared nothing. My father cared culturally, but that's all. So when I came home from Africa, I thought to myself, there's this incredible oral tradition in Ghana, passed on from father to son, mother to daughter, for thousands of years. Don't I have something like that? I'm a member of the oldest group of human beings still known as a group that managed to cohere enough to survive – and I know nothing about it. So I started studying at Lincoln Square Synagogue in midtown Manhattan, an Orthodox temple, that had an incredible adult-education program for the likes of me – and I asked whether they would teach a course in biblical Hebrew, and they said sure, and they brought a professor down from Yeshiva University to teach that, and I studied the weekly portion – I didn't even know there was such a thing as a weekly portion and commentaries thereon.

So this whole world opened up for me – it was 1975, at about the same time as I met my wife, Beryl, and so all of this sort of came together and it did occur to me – isn't it curious that I had to go to Ghana to go back to my own traditions because I think if you understand any historical group, or any other religion for that matter, in any detail, then you'll be able to approach another one with more understanding. So the answer to your question is yes. The longest yes you've ever heard.

So has that influenced your personal life as well as your musical life?

But I've read a lot about you, and your Jewishness is not the first thing that comes across. I'm not saying you're not a religious person …

But I am. Guilty as charged. This is my yarmulke [pointing to his baseball cap]. This is my way of dealing with the non-Jewish world.

Are you serious? Because I wondered about that – why you're always seen wearing a baseball cap.

Yeah. This is my kipa – this is my way of squaring the circle, of being able to be comfortable in the various worlds in which I find myself. In synagogue I have a regular yarmulke on, but outside, I wear the hat. I wear it on stage and I feel good that I can do that – that I've found a solution, a way of maintaining a couple of 1,000-year-old traditions while still not trying to force myself on people. If people see Steve Reich in a yarmulke, all of a sudden it changes the way they perceive me – it's very powerful. I had to find a way to be comfortable in my own skin and my own skin is complicated – I live in at least two or three worlds. I've always believed in understatement and a certain amount of reticence. That's a big part of my character. So that's what I've done. I don't carry a sandwich board. Now you're going to blow my cover!

How would you characterize the state of contemporary classical music today?

I have a gig – I've been appointed composer-in-residence for Carnegie Hall. And they said, well – what do you want to do? I said I want to curate a series of concerts called Three Generations, from Serialism to the Music of Today. First generation is myself, Phil Glass, Terry Riley, Arvo Part and John Adams. We're all now approaching 80. Second generation is Bang on a Can – that's Michael Gordon and David Lang and Julie Wolfe – they're in their 60s. They all looked to my generation and built on it, as opposed to having to start from scratch. They said, this is great. Now let's carry the ball further, which is the normal way. Frankly, it's the better way, the healthier way.

Generation three will be limited to Nico Muhly and Bryce Dessner, for now – two young musicians for whom I have an enormous regard. But in addition to these two guys, there's an enormous number of young composers doing wonderful things. And they're not necessarily teaching – they're actively involved in getting their music performed and done. Being part of the real world. My view is that the musical world is in enormously good, healthy shape and a lot of wonderful music is being written and performed. And to some extent it harkens back to what we were doing 50 years ago. 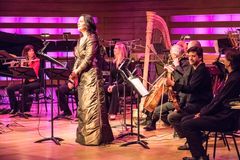 Joel Plaskett demonstrates his true patriot love through music
May 16, 2018 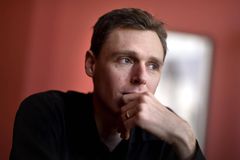 The Legend of Zelda: Symphony of the Goddesses – Master Quest offers fans musical nostalgia
May 16, 2018 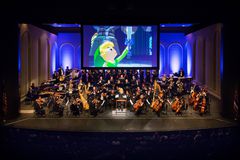