A recent newspaper profile of Daniel Caesar predicted the Toronto-based musician was "gonna be bigger than the Weeknd." The declaration was media hyperbole at its most excitable, but if the Weeknd can't feel his own face, as the Canadian pop star's 2015 hit song purports, he can certainly feel the upstart Caesar breathing down his neck.

Of the more than two-dozen Canadian nominations at Sunday's Grammy Awards, the ones representing the most notable made-in-Canada success story of 2017 belong to Caesar, the silk-smooth crooner whose debut full-length effort Freudian is up for best R&B album and whose single Get You vies for golden-gramophone status, too.

Despite his breakthrough success, Caesar is no groundbreaker. Instead, he rides a wave of musical trends that will be evident during the Grammy ceremony, this year held outside Los Angeles (at New York's Madison Square Garden) for the first time since 2003. Caesar, a 22-year-old native of Oshawa, Ont., who went from sleeping on friends' couches to sharing the stage with Chance the Rapper on The Late Show With Stephen Colbert, hit the big time in 2017 not by standing out, but by fitting in.

In a year in which R&B and hip hop accounted for 24.5 per cent of all music consumed – for the first time since Nielsen began measuring these things, rock music was no longer the top genre – rappers Jay-Z and Kendrick Lamar are up for eight and seven Grammy awards, respectively. Jay-Z's 4:44 and Lamar's Damn compete in the top album category alongside Childish Gambino's Awaken, My Love! and Bruno Mars's 24K Magic. The pop album Melodrama, from New Zealand's Lorde, is the outlier.

The fanaticism for urban music over rock and pop can be seen in the record-of-the-year contenders as well, with singles from Jay-Z (The Story of O.J.), Lamar (Humble), Childish Gambino (Redbone) and Mars (24K Magic) in tough with the front-runner Despacito, a Latin-music blockbuster from Luis Fonsi and Daddy Yankee, featuring Justin Bieber. As for Caesar, he'll have a better chance beating Mars in the R&B performance category (for Get You) than he will in besting Mars for best R&B album (with Freudian).

The year's most ubiquitous singles were the softly swaying Despacito and the unhurriedly percolating Shape of You from Ed Sheeran, who sings about his admiration for a woman and suggests that laid-back tunes (Van Morrison) be put on the jukebox. Shape of You would seem to be a cinch to win best pop solo performance, beating out songs from Kesha, Kelly Clarkson, Lady Gaga and Pink that you may or may not have heard.

Pink's biggest hit is 17 years old; audiences get their parties started with different grooves now. Look no further than Logic's 1-800-273-8255. Anything but a pumped-up four-on the-floor banger, the title of the ballad (which features Khalid and Canadian singer-songwriter Alessia Cara, both up for top new artist) references a suicide-prevention hotline. Equally melancholic is Julia Michaels's Issues, from the songwriter responsible for Bieber's Sorry, among other hits. With her debut single, Michael confesses about her worried mind in a decidedly down-tempo way.

Yakov Vorobyev, co-author of the book Beyond Beatmatching: Take Your DJ Career to the Next Level and part of the team behind the popular Mixed in Key software for DJs, recently analyzed the 25 most-streamed tracks on Spotify from 2012 and 2017. According to his research, the average tempo dropped by 23 beats per minute (down to 90.5 bpm) over five years. Today's jams are slow, and Caesar, with his unrushed brand of strummed soul and R&B, is anything but late to the party.

Jesus walks and gospel music talks. Kanye West, who overly referenced religion with his 2004 single Jesus Walks, finds kindred spiritualists in younger hip-hop kingpins Lamar and Chance the Rapper. On Lamar's Damn, for example, the autobiographical track Fear (which includes a spoken-word passage from the Torah) precedes the song God.

Born Ashton Simmonds, Caesar is the second-eldest son of a gospel singer. His concerts this year (which included a five-night sold-out run at Toronto's Danforth Music Hall) featured a backing band and vocalists clad all in white. All that was missing from the heavenly scene was a winged harpist. More than one number from Caesar's repertoire sports an uplifting gospel-based chord progression, and Hold Me Down and We Find Love borrow (with proper credits granted) from the work of American urban gospel artists Kirk Franklin and Donnie McClurkin.

The streaming option as the dominant form of music consumption is not exactly new, but Caesar has uniquely capitalized on digital technology. Like the Weeknd, Caesar was heavily courted by major labels when he began generating industry buzz. But while the Weeknd eventually aligned himself with Republic Records (an American division of Universal Music Group), Caesar and his high-profile management team of Toronto producers Jordan Evans and Matthew Burnett decided to remain relatively unaffiliated.

Instead, Caesar signed a deal with Apple Music and relied on Brooklyn-based digital-music distribution service TuneCore and social-media platform Twitter to spread the music and the word. "We've already brought [my career] this far, with absolutely nothing," Caesar recently told the Rap Radar Podcast. "So, it's like, 'Let's keep rocking with this and see what happens.'"

Because it was released too late in the year, Taylor Swift's latest blockbuster Reputation won't be eligible for full-on Grammy love until 2019. But what waits for her? Even though Swift's single (Look What You Made Me Do) was released before the 2017 Grammy cutoff, the song was not nominated for a major award. Instead, of the 15 nominations in the three biggest categories (record, album and song), only two went to women: Lorde (for Melodrama) and Michaels (for the song Issues). In the year of #MeToo, the Recording Academy is more interested in men.

Toronto neo-soul phenom Daniel Caesar is on the rise
August 30, 2017 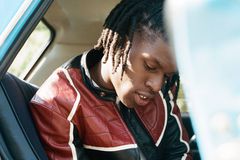 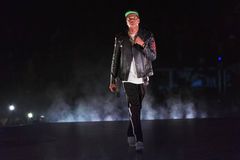 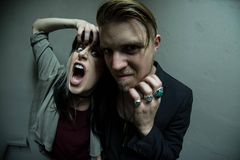