Canadian Music Week began on Wednesday and was in full force by Thursday. The sampling of shows below offer a taste of what's happening at the Toronto clubs, churches, music rooms and wherever else the some 900 acts are showcasing their wares.

Cold Specks at the Music Gallery on Thursday

A long buildup was relieved at a church on John Street, where the young Canadian singer Al Spx transfixed a watchful audience. Dooming, spiritually questioning folk-soul and solemn deep blues were offered. Spx, a 24-year-old native of Etobicoke who spends as much time in London as work visas allow, works with firm, dusky vocals and dramatic melody. Appearing with a saxophonist, electric bassist/cello player, pianist, drummer and an ambient guitarist, she was small and meek between songs, but gracefully imposing with music that often began with droning, deliberate arpeggios and ended a cappella. Cold Specks's first album isn't out until May, but Spx debuted one song not on the forthcoming disc: All Flesh Is Grass, in the swelling style of Mumford & Sons. On the piano-driven Send Your Youth, Spx intoned, "February's child was made for the spring," doing so emphatically on an unusually warm March night.

The Slakadeliqs at The Garrison on Thursday

The singer-guitarist Slakah The Beatchild was beaten back by a chatty crowd and poor sound very late on Thursday at the alt-music club The Garrison. Nattily attired in a newsboy cap and an Eisenhower-era letterman's sweater-blazer, this Slakah character and his band (with guest vocalist Justin Nozuka) failed to impose their silky acoustic soul and occasional breezy touches of hip hop and reggae. The soft-voiced Slakah, who would seem to admire the retro-R&B moves of Raphael Saadiq, only exuded inhibition. On the final song, Love Controls the Sun, the microphone stand was turned around toward the audience, ostensibly for the crowd to chant the sing-along chorus of "brighten up your day." If the people had only listened a little to the previous 40 minutes, perhaps that cheery refrain would have come true.

Michael Kiwanuka at the Spoke Club on Wednesday

It wasn't in the festival guide, but an invite-only shindig hosted by Universal Music Canada offered drinks, snacks and so much more. Making his Canadian debut was Michael Kiwanuka, an acoustic soulster from the London folk scene whose graceful rhythms and melodic lines were the breezes of oceans. Accompanied by a light-handed electric bass player, Kiwanuka initially invited comparisons to Bill Withers, but his fluidity suggests his influences are not singers but soulful, mellifluous guitarists – perhaps the long-lost Shuggie Otis, and assuredly Jimi Hendrix, whose May This Be Love he covered. Kiwanuka strummed his own acoustic guitar lithely and pleasantly, with a honeyed voice conveying bluesy and wistful emotions. He's coming back here for proper gigs, and to open arms.

Johnny Reid at the Mod Club Theatre on Wednesday

I counted but one cowboy hat in the packed concert hall in Little Italy – and it wasn't worn by the Scottish-Canadian star, who is favoured by the Stetson crowd even though he doesn't actually play country music. Reid presented a full helping of material from his new album Fire It Up, a collection of heartland rock that works fabulously well live. Let's Have a Party was the first song, as well as a strong suggestion in the crowd-baiting style of Rod Stewart or Shania Twain. More anthemic heartland rock and one shamelessly earnest ballad followed over the next 45 minutes, with Glass Tiger's Alan Frew appearing for Fire It Up's five-alarm title track. A good-hearted salesman, Reid aims to please and does, his jukebox-derived rock playable to multiple generations and genders. Anyone purchasing the new album at the merchandise table received a pre-signed photograph, with Reid's best wishes a given. 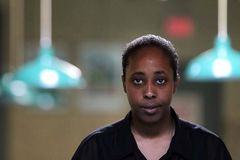 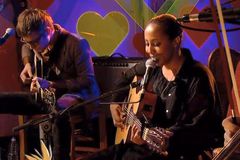