In some circles, the quest for a viable fusion of jazz and hip hop has been as frustrating and intense as the search for Higgs boson.

In theory, such a fusion should be possible. Both genres are improvisational and share a common root in African-American music. A huge number of rap hits have been built around samples from jazz albums, and jazz musicians have even recorded with rap groups (for instance, bassist Ron Carter with A Tribe Called Quest). But getting the two elements together isn't quite the same thing as joining them, and most attempts to date have resulted not in a genuine fusion but a sort of lumpy stew.

Black Radio should change all that. The fourth album by jazz pianist Robert Glasper, it succeeds both as jazz and as hip hop; there are deep grooves as well as deep thoughts, improvisational freedom threaded through a head-bobbing beat and pop-savvy vocals underpinned by lithe and adventurous jazz solos.

It is, in many ways, an album Glasper was born to make. At 33, the Houston-bred musician is known both as a serious jazz pianist and a serious hip-hop fan, someone whose c.v. includes sessions with both jazz composer Terrence Blanchard and rap producer J Dilla. The Experiment, as Glasper calls his current quartet, has a similar pedigree, as bassist Derrick Hodge has worked with Blanchard as well as the rapper Common, while Glasper's long-time drummer Chris Dave is also the thump behind Adele's 21.

Still, what makes Black Radio such a breakthrough isn't so much that it reflects Glasper's particular vision but that it plays off the communal effort of Glasper, his band and the vocalists. As with many hip-hop albums, the track listing is littered with the abbreviation "feat." followed by a rapper or singer's name, a cast including Erykah Badu, Ledisi, Lupe Fiasco and yasiin bey (the rapper formerly known as Mos Def).

These aren't just cameos, tacked on for marquee value. Just as a strong horn player can refocus the energies of a jazz rhythm section, so these vocalists share in shaping the album's sound. There's an urgency to bey's hectoring cadences that sharpens the rhythmic interplay of the title track, while Badu's languorous phrasing fuels the laid-back polyrhythms on the Mongo Santamaria chestnut Afro Blue.

There's nothing particularly showy about the playing, which on the surface can seem more interested in comfortable grooves than complicated interplay, but listen closely, and the album is full of surprises, from the depths the Experiment, along with Lalah Hathaway, pull from Sade's Cherish the Day, to the amount of soul Glasper finds in Nirvana's Smells Like Teen Spirit.

But then, a major breakthrough is always deeper than it seems at first glance.

He ain't a boy, no, he's a man – Bruce Springsteen still believes in a promised land. On the country-stomped Shackled and Drawn, the open-road troubadour questions his fate and purpose: "What's a poor boy to do, but keep singing this song." With an album that protests injustices in huge folk-rock form while celebrating American music, Springsteen's stance is often anthemic and angry. But there is hope: The giant, gospel-rocked, beat-box-breathing, People Get Ready-quoting Land of Hope and Dreams pledges a place of sunshine. And We Are Alive, a banjo-happy flourish that skips along buoyantly, is the album closer. Trudging through the dark in a world gone wrong, Springsteen is indeed alive, thunder absolutely in his steps. A mammoth tour is coming, and wrecking balls have nothing on him. Brad Wheeler

"Don't like to sail, but I like to wail – could you keep me coming, and going?" The Regina singer Erin Passmore, on the subtly doo-wopped soul of Rock the Boat and elsewhere on her sublime solo debut, is somewhat out of place – a landlocked young woman who's been to the sea. That sea could be Montreal, which is where the multi-instrumentalist from the indie rockers Rah Rah recorded her eight understated songs, under the eye of producer Matt Lederman (the Besnard Lakes, Patrick Watson). There's an appealing weariness to Passmore's singing – she longs like Feist, she wonders like Joni, she rocks the boat but doesn't tip it over. Such promise here. B.W.

The strong wind from Montreal that calls itself Elfin Saddle is back with another album of big pretty. Recorded in a rural Quebec chapel, Devastates is a steam-engined song cycle of snowy, mystical, art-folk drones and singing that is sometimes done in soaring Japanese (Emi Honda) and elsewhere in an upright Celtic baritone (Jordan McKenzie). The Power & The Wake is mountain-sized but ornate. Some of it calls to mind a Far East version of Califone, but what Elfin Saddle is doing particularly is an elegant exercise in protest music – further adventures in what the band describes as the "beautiful perpetual incompressible." B.W.

Estelle turned out to be so enamoured of the American boys of her hit 2008 single that she moved to New York and updated The Miseducation of Lauryn Hill for 2012, with real talk skits about relationships and all. But All of Me is more aggressive than it is depressive, with hip-hop producers serving up beat-heavy cuts for the U.K. native to sizzle over. Don Cannon's Blaxploitation-soundtrack-esque Break My Heart provides a solid foundation for Estelle's breathy alto and Rick Ross's bombastic rap, while she and Janelle Monae strut their independence on the hand-clap-driven, dance-floor-filling groove of Do My Thing. All of Me doesn't shatter the R&B mould, but it does make freedom sound deliriously fun. Dave Morris 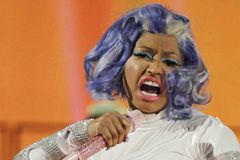 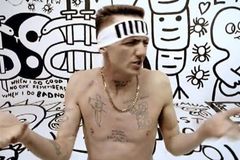