The new form of electronic dance music known as EDM that's filling the biggest stadiums and festivals in the world with barely clad, drug-stupefied youth is hated, loathed even, by everyone who does not participate in it. It is especially loathed by the pre-existing rave community, by the house and techno press, and online.

The European club-culture magazines such as Pulse Radio and Mixmag have been mocking the excesses of the mega-clubs and their multimillionaire DJs for five years or so, deriding them with the impotent rage of nerds whose computers have been stolen by jocks. Everything about EDM seems antithetical to the original spirit of rave: the expensive tickets, the giant corporate sponsors, the crass bro culture – shirtless muscle boys who cruise the stadiums, tiny popular girls in bikinis who ride on their shoulders – not to mention the sappy music itself. The electronic music sites never miss an opportunity to post a video of a poseur DJ who seems to be faking the mix or who is dancing more than he is mixing.

The educated young people of North America hate EDM because it is so fundamentally anti-hipster. It is unabashedly exuberant in a time of irony. It is the opposite of indie rock. And the mainstream media hate it for much more old-fashioned reasons: It brings with it the scourge of dangerous drugs.

We are about to witness a series of exposés about dangerous new drug-taking habits that coincide with the summer music festivals, as the overdoses and sun strokes pile up. Toronto Life magazine has taken the lead on this in Canada, with a recent investigation into EDM festivals here – Toronto is the biggest Canadian centre for this kind of event. The magazine's story paints a terrifying picture of a massive population of normal kids who are risking their lives every sunny weekend by dosing up on superhuman amounts of sketchy ecstasy.

The piece, by Lauren McKeon, the editor of This Magazine, notes a high number of tragic overdose deaths that have occurred at Toronto dance parties over the past couple of years, along with the fact that there is more ecstasy around – and in a less pure form – than ever before. She quotes an emergency room doctor who says he treats far more ecstasy overdoses now than he did 10 years ago. The culprit is clearly the increasingly huge, mostly outdoor dance parties, the ones that attract clean-shaven suburban youth to our proudly bearded downtown.

McKeon posits that it is actually necessary to take drugs to enjoy a "sweaty, claustrophobic nightmare" like this, and this claim has outraged rave fans. She is, of course, right about it, though – and everyone she interviews is on drugs. This does not surprise me: People have been taking E to dance to music for close to 30 years. What she does not do is compare the rate of overdoses and injuries at EDM festivals to that of comparably sized festivals of different kinds of music. I would be very curious to know what the hospitalization rate is when 40,000 heavy metal fans get together at one concert, or 40,000 hip-hop fans, or 40,000 NASCAR fans, for that matter.

But the media's alarm – as with all the alarm that has ever been expressed about rave culture – is about more than bad drugs and excessive abandon. It is also caused by all the other unattractive elements of the parties themselves. Rave horror stories never suggest that incoherent or non-existent government policies regarding the safe use, regulation and testing of widely available drugs causes overdoses: It's as if the horrible music causes it.

McKeon does not like this music: "The electronic dance music scene is all about being reckless and getting wrecked." Well, that's one way of looking at it. Another might be to say that the electronic music scene is about mastering a series of technically challenging computer programs and MIDI instruments. I'm not surprised by the aversion: no Canadian writers like dance music; it's part of the job description to like more sensitive stuff. Canadian writers also tend to dislike the unsophisticated and outdated pickup culture that plagues the crassly sexy masses. It's distasteful.

Of course unregulated ecstasy in large quantities is terribly dangerous, as we have known since the first exposés about it in the British press during rave's Second Summer of Love in the late 1980s. And yes, kids can be terribly dumb about drugs.

But what interests me is the media's repeated blame of long-standing patterns of college-age excess on new musical genres.

We saw this at its peak in the first years of rave – here in Canada it wasn't until the early 1990s when the first large raves were held in big cities on public properties. I remember the repeated newspaper articles and TV exposés of the time: You got a sense that a genuine plague was upon us. It wasn't just ecstasy that was dangerous, we learned – it was the overheating that came from prolonged dancing that would kill you. In other words, not just the drugs, the music.

I remember participating in a televised "town hall" on CityTV some time around 1993 about safety and dancing in which the ravers who asked for a legalization of MDMA were confronted by a conservative city councillor seeking a crackdown on dancing itself.

But before rave it was lots of other things. Every new thing, in fact. There was great – and merited – public consternation about LSD and rock in 1967; about coke and disco in 1976; about punk and heroin in 1978. Heavy metal was supposed to encourage Satanism in 1980; emo and suicide were linked in 1990.

For some reason I am thinking now about the 1953 movie The Wild One, starring Marlon Brando. It is an admonitory film about the decline of society: It shows what terrible things can happen when young people live with a brash new style of music and its accompanying reckless, hedonistic behaviour. The young people ride motorcycles and drink too much beer.

The loud music is jazz. 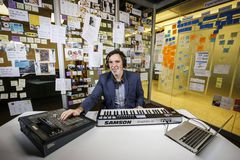 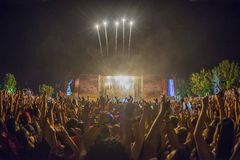 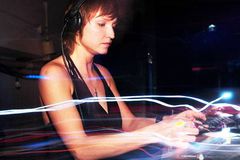