Ása Berezny can't remember a time when she wasn't obsessed with music.

The songs she writes pay homage to the last two decades of alternative and indie rock; she liberally namechecks Radiohead's Jonny Greenwood and waxes nostalgic about Broken Social Scene. Her band, Kingdom of Birds, have released two albums, with a new EP out this week. They've opened for Sarah Harmer, and both Ása and fellow member Brighid Fry have collaborated with the Hidden Cameras in concert.

All of this, and both of them are 14 years old.

Kingdom of Birds is the product of unbridled teenage ambition in an opportune context. They're a generation raised by eager parents in the creative enclaves of Toronto's West End; it's not uncommon for them to brush elbows with bands such as the Hidden Cameras, Cowboy Junkies and Sloan. For Ása, Brighid and bandmates Zeul Mordasiewicz and Sam Heggum- Truscott, channelling their energy into music feels as natural as any other Canadian channelling it into hockey.

"I don't really know why I keep doing it," Ása says at a recent Saturday practice at Red House Music Academy, at Dundas and Ossington. The band has just played a string of new tracks, including Rain Song, a slow-burner that may wind up licensed for television. "In my mind, it's, 'I have to do this.' It's the only thing I can ever do."

Ása, the band's principal songwriter, grew up enthralled by her guitar-playing elder sister, and quickly took it up herself. Brighid got a violin at the age of 3, and has taken to constantly expanding her suite of instruments.

In early grade school, Zeul's father "bribed" him with stickers to learn the harmonica, and he eventually took up ukulele, then guitar. Sam – at 9, the youngest member of the band – became enthralled with drums after visiting an instrument drop-in class when he was 3.

The band has just returned from recording the new EP in Kingston. Despite these weekly practices and regular gigs, winter is slow for them – last summer, they held down a Kensington Market residency. "There were some days where we'd have two shows on the same day – we'd have to go drive to the Dakota [Tavern], and then go over to some street festival," Ása says.

A few doors down, some of their parents hang out with Red House owner Michael Mckenzie, the band's unofficial spiritual guide. Michael, a music educator, says that after teaching Ása song structure, she's been unstoppable.

The band's ambition, the adults insist, is self-taught. "We've just facilitated," says the poet Mark Truscott, Sam's father. And Ása's dad, Ted Berezny: "It's no different from having kids on a hockey team."

Even if their drive is first nature, their nurturing has been ideal. Michael sometimes plays with The New Mendicants, making Kingdom of Birds one step removed from members of The Sadies, the Pernice Brothers and Teenage Fanclub. The Hidden Cameras's Joel Gibb, long-time friends with Brighid's mother Kim, has played live with both Brighid and Ása – the latter onstage at Massey Hall.

He calls their ambition a testament to their parents' support and the city's creativity: "It's how Toronto works."

After seeing the band at a street festival and chatting with Ása, Chris Murphy of Sloan and TUNS has taken to wearing a Kingdom of Birds shirt on tour. "I was learning Louie Louie when I was in Grade 10. They're already way more sophisticated than I was," he says.

Jumping head first into music can have its downsides. When the Newmarket, Ont., band Serial Joe formed in the nineties, singer-guitarist Ryan Dennis was around 12. Their save-our-skatepark anthem, Skidrow, became a MuchMusic hit, and within a couple years, the band had made a record, signed to a U.S. major label, and played Woodstock '99.

But by the age of 18, he was exhausted, having burned through his teenage years without savouring them. Serial Joe soon ended.

"I went through some serious depression," he says. "As much as I experienced some huge things, I missed out on a lot of little things that are no less important. … I wanted to experience a normal life."

Dennis still loves making music, lately as a producer under the moniker MNR – but sometimes thinks of advice he'd tell his younger self.

"Let your ideas gestate; let your skill as a musician grow," Dennis says. "Our society puts musicians up on a pedestal as the ultimate aspiration. … If you're a fantastic musician with genius ideas, those are timeless, and they'll be equally relevant when you're 25 as when you're 15."

Ása says her goals aren't lofty or immediate. She'd like to reach a point where music's profitable – "which is probably kind of difficult," she says, chuckling and aware of the industry's precarity.

Kingdom of Birds' members seem content with slowly building an audience as they work through school. Their goals vary. Brighid wants to play the Danforth Music Hall. Sam, who spends spare hours swinging for home runs, cites Tony Williams, who began drumming with Miles Davis at 17, as an inspiration – if he doesn't get drafted into the MLB.

But staying busy, they all say, has its benefits.

"It's kind of awesome that you can complain about that," Brighid says. "Like, 'Oh, I'm so tired and stressed from playing shows all the time.'"

With a grin, Sam tells them, "My teacher actually said, 'If your band gets in the way, just let me know and I'll give you more time.'"

"My teacher's like, 'You gotta get your priorities straight,'" Ása says.

Brighid turns to her. "The band, always."

Orchestral-pop quintet Common Deer breaks away from the herd
January 26, 2017 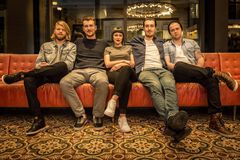 What Blue Rodeo’s Greg Keelor has been reading and enjoying
January 26, 2017 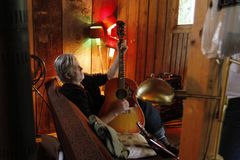 Royal Conservatory of Music to welcome global superstars for 2017-18
January 24, 2017
Follow Josh O’Kane on Twitter @joshokane
Report an error Editorial code of conduct
Due to technical reasons, we have temporarily removed commenting from our articles. We hope to have this fixed soon. Thank you for your patience. If you are looking to give feedback on our new site, please send it along to feedback@globeandmail.com. If you want to write a letter to the editor, please forward to letters@globeandmail.com.
Comments