Around this time in 2012, internationally sung praises for Toronto-based musicians had become so cumulatively ubiquitous that the city's reputation began to change. The success of artists such as Austra, Drake, Feist and the Weeknd prompted audiences and critics in the United States and beyond to stop seeing individual artistic triumphs as a novelty, and consider instead that Toronto had been cultivating strong musical output all along.

True to Torontonian form, music types revelled when The New York Times asked if Toronto was "having a Seattle moment," vituperating the assessment for possible inexactness while basking in its adulation all the same.

Back then, I'd assumed the question referred not to status, but genre, Seattle being known for its mid-eighties-to-nineties grunge-scene heyday. Although commercially popular artists command more reputational space, a rousing age was afoot here in 2012, as bands with grungy attributes continued to emerge. Buzz Records (eventual home to Dilly Dally, Greys and the Beverleys) had just been founded and METZ would soon release its debut with storied Seattle label Sub Pop.

It was a year that percolated a crop of scrappy Toronto bands. Among the best of them was a slithery, budding quartet who'd go on to be known as Frigs.

Six years later, it's tricky to appraise the momentum of that moment.

Frigs, rounded out by bassist Lucas Savatti and drummer Kris Bowering, released a self-titled EP under a since abandoned "Dirty" prefix in 2014. Two years later, they signed to beloved Toronto record label Arts & Crafts and put out Slush, a staunch, sludgy, lingering EP, in addition to a two-sided single featuring the songs "Trashyard" and "Chest," the latter of which was inspired by the Brock Turner rape case.

In this relatively short period, the members of Frigs established themselves as the kind of band that eras are built on. The irony of talking to them about a genre in repose is that their new album, Basic Behaviour, out last month, could be what reinvigorates it.

Marking the band's first proper full-length release, Basic Behaviour was recorded over a 16-month period, partly at the home studio where Hay Jennings lives with bandmate Savatti, and partly at Union Sound Company in Toronto's east end. "We've been sitting on the material for a while," Hay Jennings said. "Some of these songs are three years old. We're relieved to move on."

Hay Jennings describes his apartment as "a mess of wires," full of instruments and old analog gear, and says the duality of pace – dallying at home with no set deadline, then moving to a studio where they were on the clock – was in some ways beneficial. "For a year and a half, we were doing everything ourselves. We realized we'd benefit a lot from working with someone who isn't part of the group. … We got to experience two very different writing processes," he said. "Ultimately, the songs we wrote in a rushed time period ended up being the singles."

This method was also instructive.

"A lot of the subject matter on this record came from me allowing myself to write whatever I wanted and be vulnerable, because I thought it would benefit the song," Salmena said. "But it was hard to suddenly go to this vulnerable place [in the studio], with all these people everywhere. And they were all men. I'm in this vocal booth trying new things out and everyone can hear me. I hated it." (She later rephrased more gently: "It was special. But I don't necessarily want to ever recreate that experience.")

"It's embarrassing," she continued. "It's humiliating. … It's hard to allow yourself to be vulnerable in that way, but I wanted that really badly."

The result of Salmena's creative courage is a sometimes melodic, sometimes erratic, wayward, fitful full-length that expands the perimeter of how many selves can fit on one song. On Talking Pictures, Salmena showcases a gamut of vocal prowess, roving from a jolting Patti Smith-esque speaking style to an eerily sweet melody before swooping deep into a raving howl.

"In previous incarnations of music we were making, I felt the need to be heavy all the time, like I needed to prove myself by screaming," she said of this variance. "But I've started thinking about my vocals more as instrumentation. … I don't need to be a rock 'n' roll singer all the time. Songs like Heavyweights and Gemini are more suited to a softer vocal style. I can do that, and I want to do that. Our songwriting has started changing in correlation with that shift. We all grew up a little bit."

Indeed, the new album is challenging, grave, complex and commanding. Where Slush offered catchy indignation on one song, Hope Sandoval-reminiscent melifluence on the next, Basic Behaviour bottles them all together, then explodes.

Alexander Sevastian, 41, was a virtuoso who won respect for the oft-maligned accordion
Subscriber content
March 4, 2018 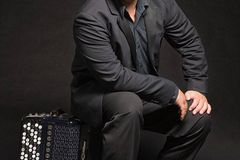 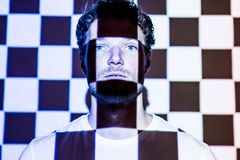 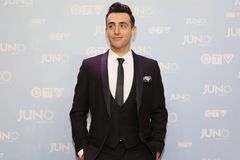