In 2016, this most rotten of years, Gord Downie gave our hearts more to ache for – but also left an imprint on the soul of the nation that transcended rock 'n' roll.

Over the past year, Downie, lead singer of the Tragically Hip, stunned the country again and again. First with his terrible diagnosis of brain cancer, then by a remarkable tour, and finally with a new project that pivoted on a profound dedication to a crucial Canadian issue: the treatment of First Nations. When reality came crashing through Downie's window, he used his precious time and energy to push open doors to reconciliation. In a year when a songwriting poet won the Nobel Prize, Downie demonstrated what the poets should be doing, and it was noble.

It all began with a post on the Hip's website on May 24. "Hello friends," the band wrote. "We have some very tough news to share with you today, and we wish it wasn't so." Downie, 52, had terminal brain cancer – inoperable. The band announced a tour – not explicitly a farewell tour, but we got the message. "We're going to dig deep, and try to make this our best tour yet."

With a fine new album out – Man Machine Poem – they delivered. Downie's tall feathered hat, sparkly suits and Jaws T-shirt announced his courage, will and determination – and grace, too. Yes, writers dragged out all the Hip lyrics to make sense of this excruciating moment – the tragedy, the tour – because who could write it better than he could?

Read more: The Globe's Canadian artists of the year, the runners-up

Read more: How Gord Downie got on the trail to Secret Path music

Read more: Can you hear Gord Downie's call for reconciliation?

From west to east, Downie dazzled. He spoke very little from the stage but it didn't matter. He drew on 30 years of his own poetry to speak for him. Nothing is dead down here, it's just a little tired; I'm so hard done by; no dress rehearsal – this is our life. That final show in Kingston, the band's hometown, was the hottest ticket in the country. The CBC broadcast the concert and announced more than 400 public viewing events worldwide.

In the bars, town squares, parks and basements of the nation, we drank to Gord and the Hip, swapped stories, wept with strangers. And we sang along to songs that, for many of us, formed the soundtrack of our lives – and over that summer became the soundtrack for the nation. On that night in Kingston, Downie stepped to the mike and sang – and our voices rang with that Canadian twang. The ratings were staggering. About one-third of the country – 11.7 million Canadians – tuned in.

Not quite three weeks later, Downie announced a new project, "Secret Path," inspired by the 1966 death of Chanie Wenjack. The 12-year-old indigenous boy ran away from his residential school in Kenora, Ont., and died trying to walk home to Ogoki Post – 600 kilometres away. Released in combination with a graphic novel, animated film and a brief tour, "Secret Path" is an end-of-life passion project that is as much about raising awareness as funds; proceeds go to the National Centre for Truth and Reconciliation at the University of Manitoba.

"Chanie haunts me," Downie wrote in an artist's statement. "His story is Canada's story. This is about Canada. We are not the country we thought we were. History will be rewritten."

This month, Downie was honoured at the Assembly of First Nations. Shaking with emotion, wiping tears from his cheeks, he was presented with an eagle feather, wrapped in a star blanket and honoured with a new name: Wicapi Omani – or Man Who Walks Among the Stars.

The Globe’s Canadian artists of the year, the runners-up
December 22, 2016 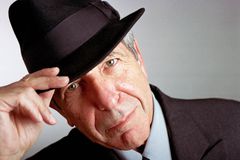